Lisa Rinna doubles down on her defense of Erika Jayne

Dorit Kemsley tells Garcelle Beauvais “say it to my face!”

Lisa Rinna says she’s “on the right side of history” in regard to supporting Erika Jayne amid her legal troubles.

The star of “The Real Housewives of Beverly Hills” made the declaration Thursday in a repost of a fan’s Instagram Story.

“Everyone is dragging Erika except Rinna,” the fan wrote in part. “Rinna seems to be on the right side even though y’all think she’s wrong.”

Rinna, 58, shared the post, adding, “I’m always on the right side of history.” She has since deleted it from her Story.

A source told Page Six earlier this month that Jayne, 50, has been turning to Rinna for support, as she feels like she’s the only “RHOBH” cast member who has her back.

“Lisa is the only friend left,” an insider told us.

Back in December, Jayne was sued over allegations that her luxe life with estranged husband Tom Girardi, 82, was funded by money from the disgraced attorney’s former law firm, Girardi Keese. She was accused of using the couple’s November 2020 divorce filing to hide assets from victims of Lion Air Flight 610.

Throughout the current season of “RHOBH,” Jayne’s co-stars have constantly been questioning whether the “Dancing With the Stars” alum knew about Girardi’s actions. 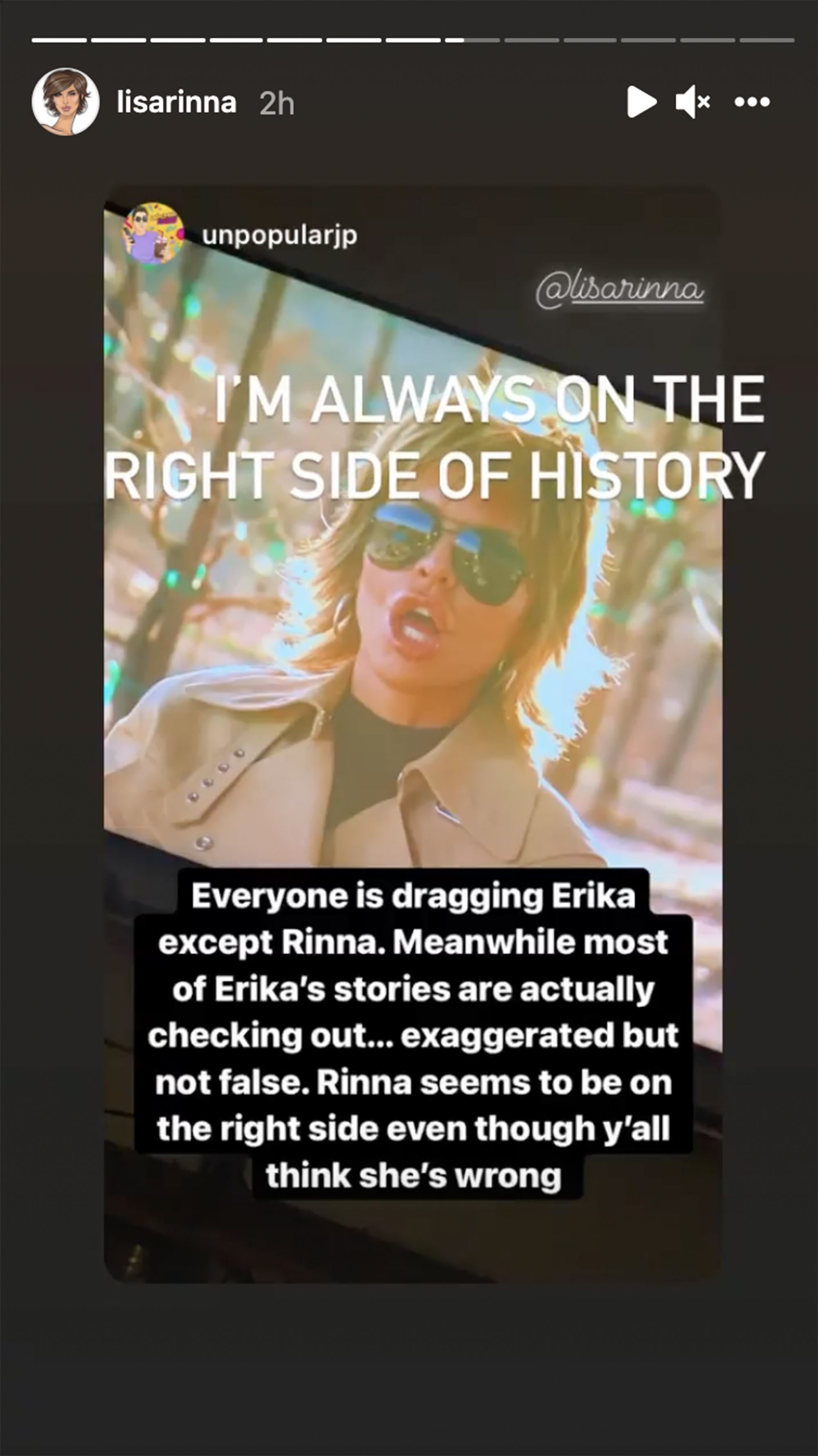 So far, Rinna is the only one who has continued to support Jayne with complete loyalty. The mom of two has stood by her stance that Jayne is innocent.

“I’ve known Erika a long time, I don’t think she knew anything,” Rinna said on an August episode of “Watch What Happens Live with Andy Cohen.” “Why would Tom Girardi tell Erika anything? The lawyers didn’t even know. That is how I feel, I’m going to stand by it. If I’m wrong, I’ll f–king deal with it.” 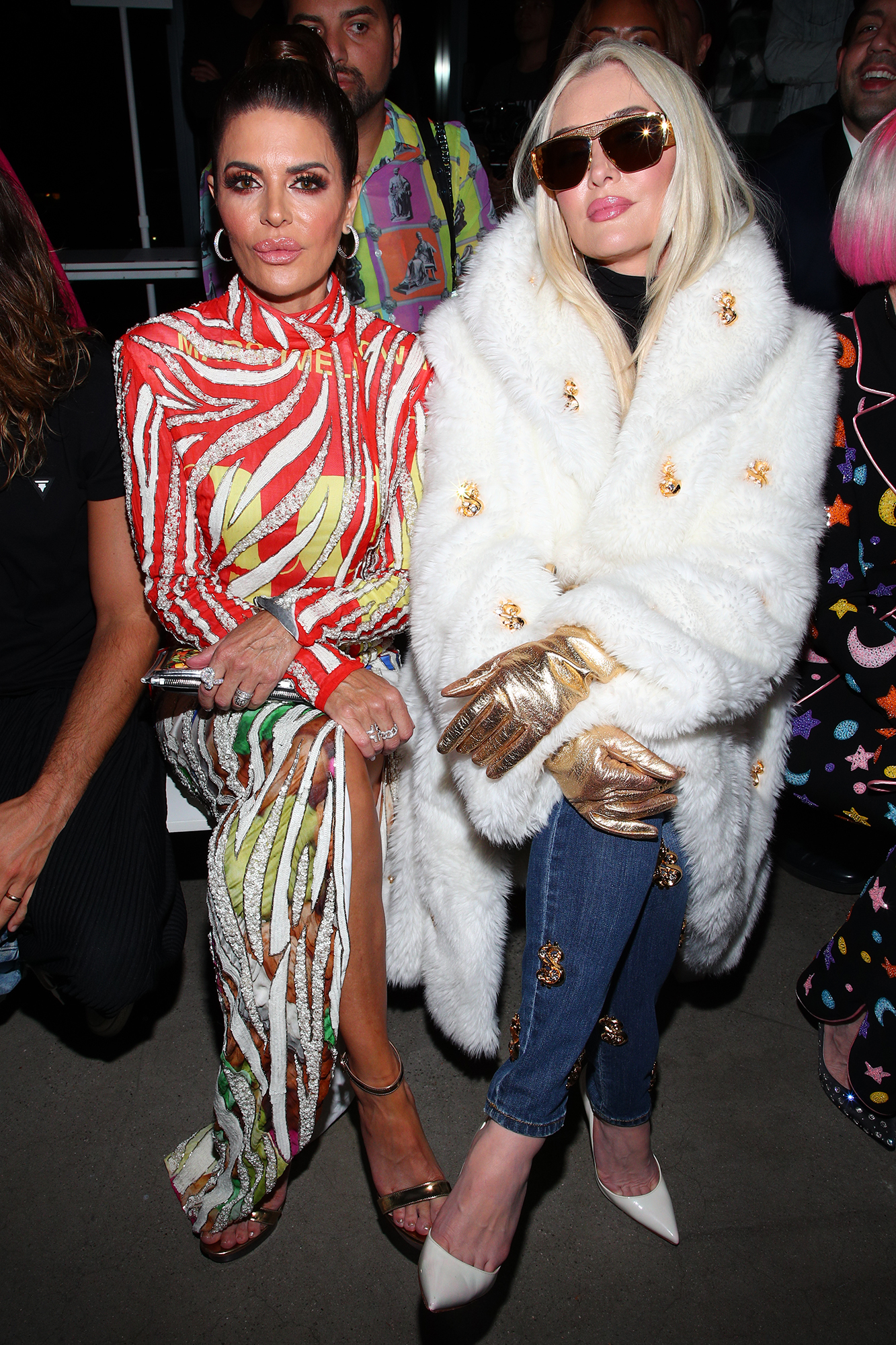 Rinna defended Jayne one month later on another episode of “WWHL.” She said, however, that if Jayne is found guilty of anything, she will “have it out with her.”

“If she is somehow lying to me in any way, shape or form, we will come to terms with that,” Rinna told Cohen. “But I have to let this play out … we haven’t even heard her side of the story.”

She added, “I know everyone’s furious with me for standing by her, but she’s my friend at the end of the day, and she hasn’t been charged.”

“The Real Housewives of Beverly Hills” airs Wednesdays at 8 p.m. ET on Bravo.