Madonna Kicks off Pride Weekend at the Boom Boom Room

When Madonna tells you that “this is the first time I’ve been to a f–king party with people,” you know you’re in for a night.

There are moments where New York’s comeback feels upon us, and then there is Madonna, in nothing but mesh and leather, vogueing atop the bar in the Boom Boom Room after 1 a.m. to signal the start of Pride weekend in NYC.

The party, officially called Pride x Boom (it seems the Top of the Standard is embracing the name Boom Boom Room once again?) kicked off officially at 10 p.m., and was easily identifiable as the hottest party of the night across town from the get-go. Hundreds lined up outside the hotel from start time on, only swelling as the night progressed.

In theory Madonna’s appearance was a surprise — although she had heavily alluded to her performance on her social media, and was debuting her three-piece multimedia art installation in Times Square at the same time, and word had clearly gotten around that she would be gracing New Yorkers in the flesh. Just about everyone has a hard time finding their way in: Christian Siriano’s publicist was heard shouting “I have Christian!” to the bouncer, pleas which fell on deaf ears. Siriano then engaged in a little fit about not getting in, which prompted some mockery from a guest who noted the Proenza Schouler designers were also outside waiting — and chose the moment to pledge his fashion allegiance to Proenza.

Around 1:30 in the morning, a series of dancers hopped onto the bar and started vogueing, striking their final pose as an introduction to Madonna herself. Dressed in a blue bob wig and a Hood by Air leather ensemble that said “Not My President” on the back (presumably a message for the previous administration), Madonna performed “Hung Up” and “I Don’t Search I Find” before catching her breath.

“It’s been years since I’ve danced like this,” she said, before taking a swig of Champagne from the bottle and spitting it out on the bar beneath her.

She then called up the actor Zachary Quinto for a bit of do-gooding, requesting the crowd “take a little break out of your selfish drinking and dancing” to pay attention, as they auctioned off a set of framed Polaroids of and signed by the music icon, raising more than $100,000 for LGBTQ charities the Ali Forney Center and Haus of Us.

“I just want to say also that to not celebrate Pride with [people] would have been a tragedy to me,” Madonna told the audience, citing New York City as an “energy force” that she needed to thank for the evening.

It was packed wall-to-wall inside the space, but the crowd couldn’t have been happier to be sweaty and smashed up against one another — which Madonna pointed out.

“Are you guys hot? Because if you can’t take the heat, get out of the kitchen,” she told the crowd, to its delight. “No one said it was going to be nice and cool, did they? If you come to see the queen, prepare to get burned.” 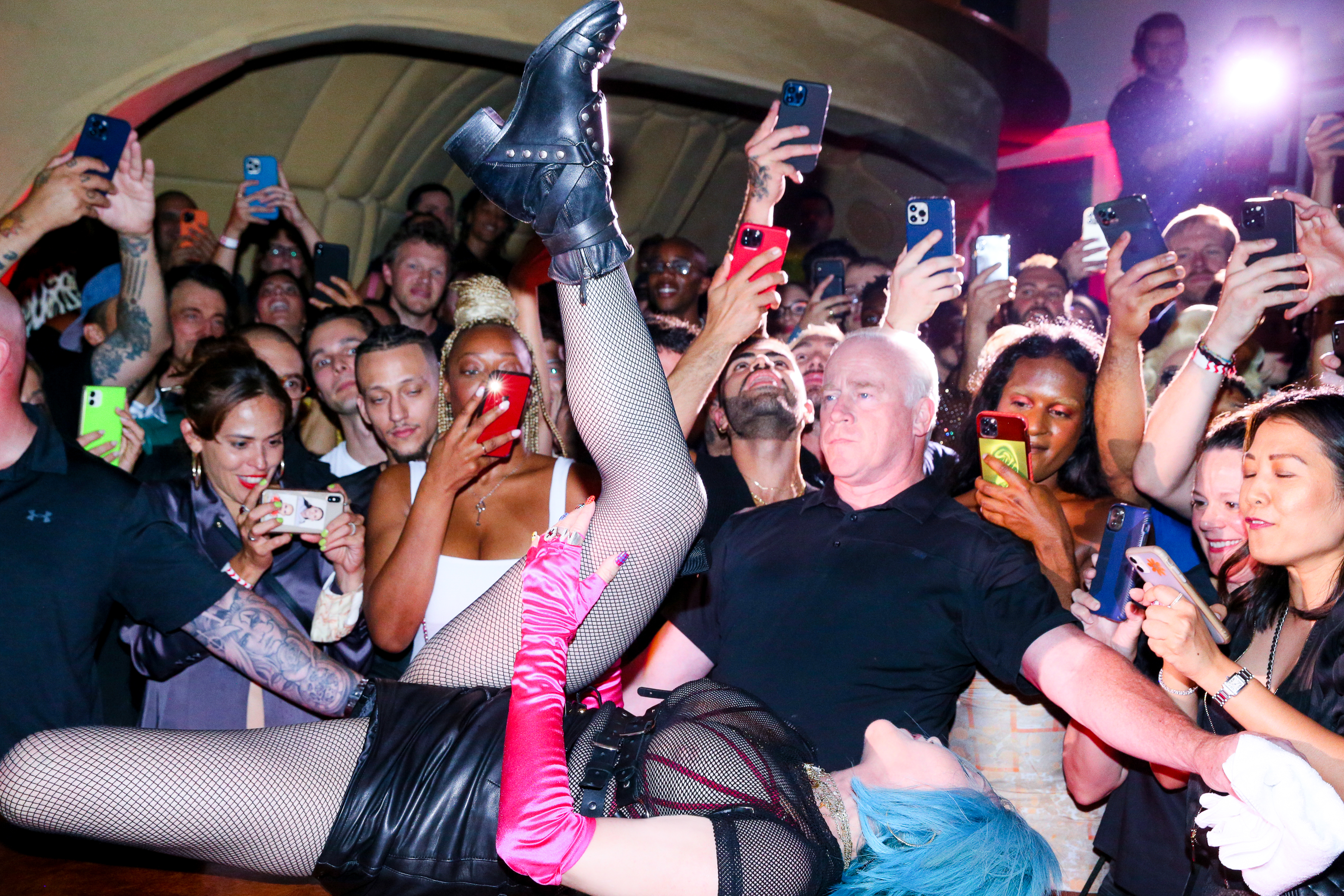 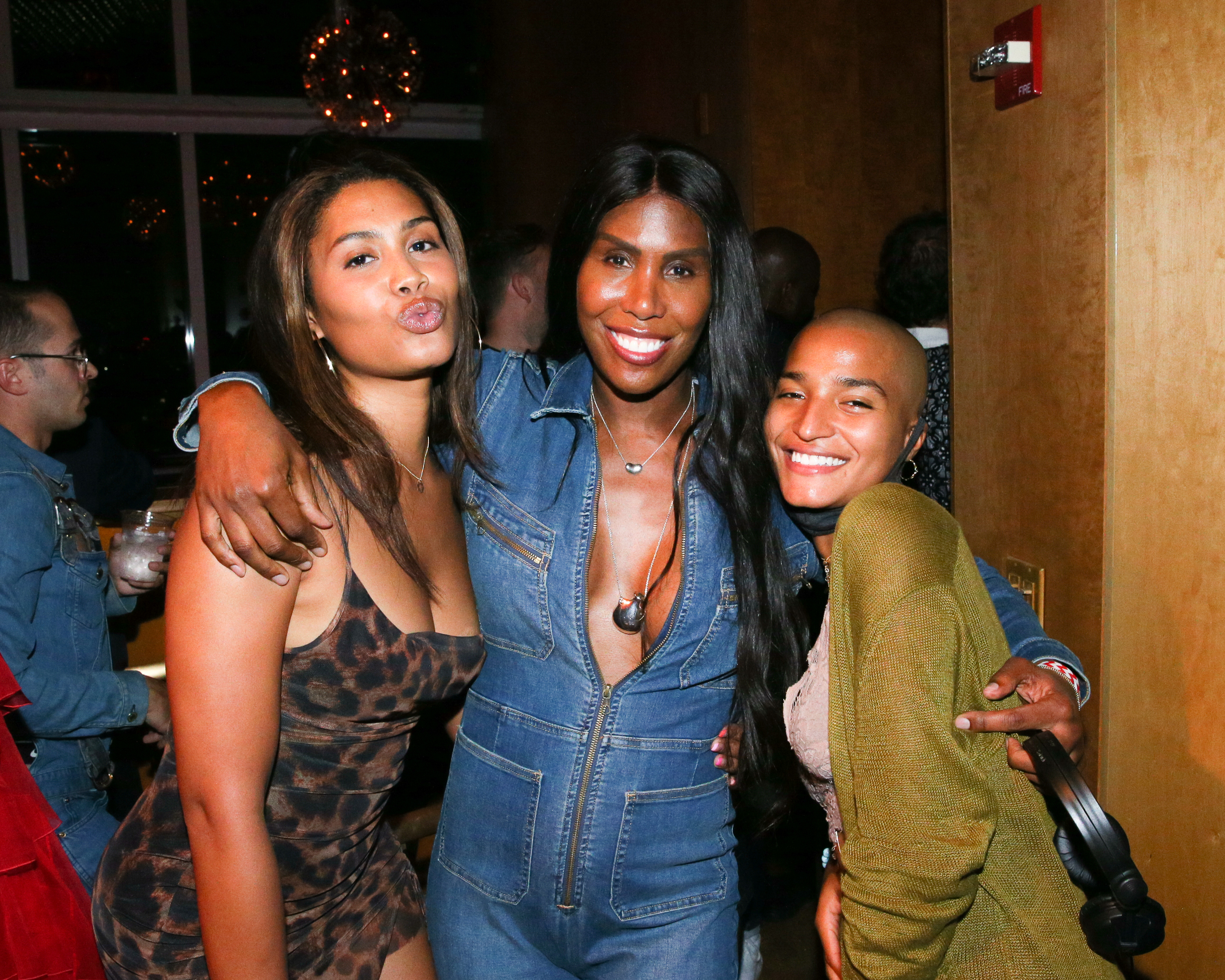 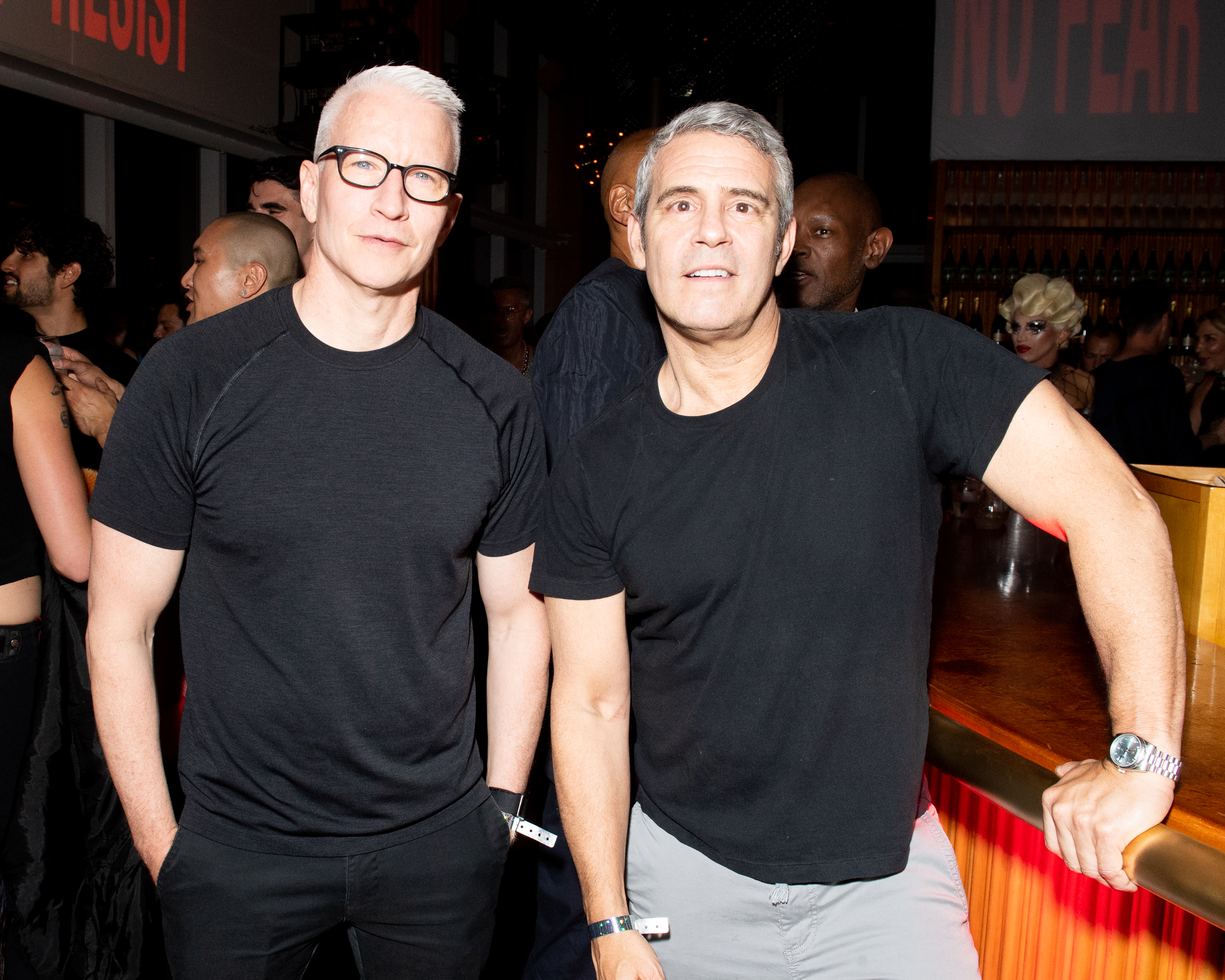