Josh drove all the way the Florida to get Honey Boo Boo, and he’s not leaving without her in this EXCLUSIVE preview of the all-new ‘Mama June: Road to Redemption.’

Josh Efird still doesn’t trust Mama June, and he drives to Florida to pick up Alana “Honey Boo Boo” Thompson and bring her back home. “June just can’t up and move Alana to Florida,” Josh says in our EXCLUSIVE preview of the May 7 episode. “I mean, what if it just all falls apart? Me and Pumpkin don’t live in Florida to pick up the pieces. Hell, no. That’s not going to happen.”

Mama June tells Josh she’ll get him a hotel room for the night, so he can leave with Alana tomorrow. Josh doesn’t take Mama June’s offer. He’s going to drive back with Alana tonight. “What’s the big fuss now?” Honey Boo Boo asks. 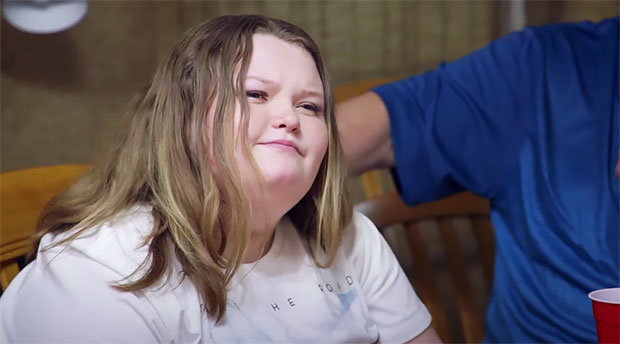 Josh says there is no fuss. “There is a fuss because you’re here,” Mama June quips. She’s angry that Alana has to leave so soon. “I don’t know why Josh came down here anyway and picked up Alana,” a frustrated June says. Geno Doak thinks Josh is pissed they took Alana apartment hunting.

“I’ve got to protect my family, and Alana is a part of that family, so we’re just going to go ahead and skedaddle,” Josh tells June and Geno. Josh adds in his confessional, “I don’t trust June. I just don’t understand why a grown-ass woman couldn’t make the best decision for her children or at least one child anyway.”

Alana is torn between June and her mother. But she knows what she has to do right now. “When Josh has that look on his face, I know for a fact Josh is serious and not playing, and he wants me to go, like, ASAP,” Alana says. “I do want to come back and see Mama. The last thing I want is a big ole fight. Like, me, Mama, and Geno just got on good terms.” 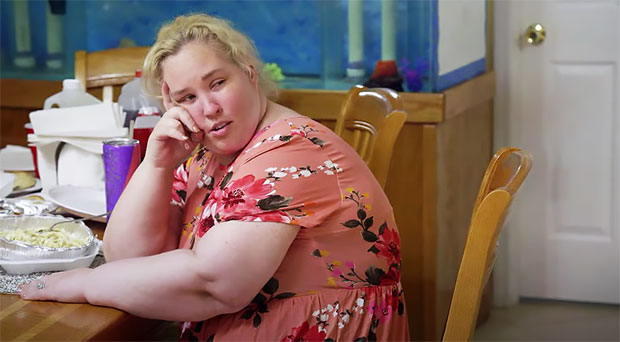 As Alana goes to get her stuff, June says to Josh, “You think you can just come into my house anytime you want?” Josh simply replies, “No, just this time.”

The synopsis for the May 7 episode reads: “Mama’s caught lying about her and Geno facing major jail time, and her relationship with the girls is put back in jeopardy. Alana shuts down when Josh rips her away from Mama. Drama ensues when Pumpkin’s hit with an unexpected surprise.” Mama June: Road to Redemption airs Fridays at 9 p.m. on WE tv.