Man, 54, whose penis was amputated due to cancer reveals how doctor with ‘no care or compassion’ told him it would have to be ‘chopped off’ and to ‘forget being a man’ after surgery

A father-of-two whose penis was amputated after his cancer diagnosis has revealed he was told by a doctor he should ‘forget about being a man’.

Richard Stamp, 54, from London, discovered a lump on his penis in 2018 while in Cambodia, and put off seeking medical attention, despite suffering two months of pain.

He was finally diagnosed with penile cancer in Adelaide, Australia, where he was told he would have to have the organ removed, and appearing on This Morning today where, he recalled the ‘horrible’ talk he had with his first doctor.

Richard described his doctor as having ‘no care or compassion’ while giving him the news his penis would have to be ‘chopped off’ and that ‘being a man was not going to happen’ following the operation. 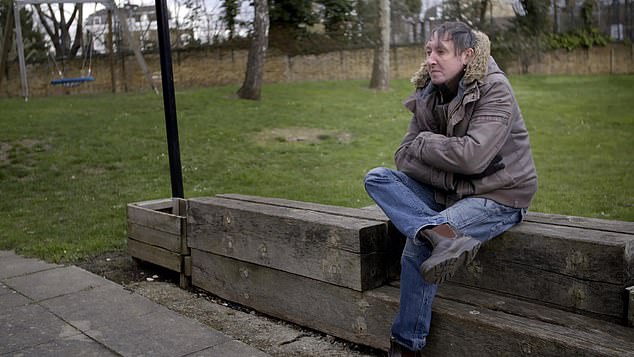 Richard Stamp, 54, pictured on Channel 5 documentary Shopping for A New Penis, had his penis amputated after his cancer diagnosis 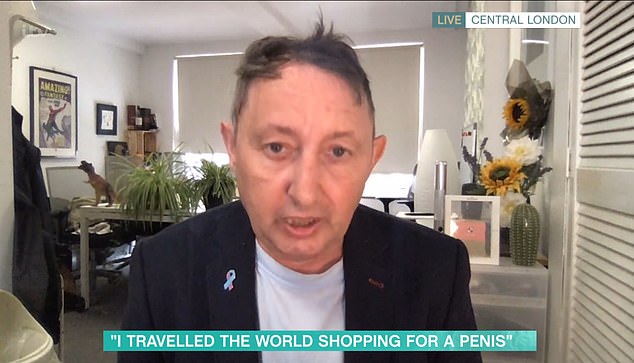 ‘I woke up one morning found a pea sized lump on my penis which hurt, and went to the pharmacy and get some cream,’ said Richard. ‘I’d done what most guys do and taken two months to ignore it and then went “I’ll have to get something sorted out”.

‘I was in Australia working. I saw a doctor who said it was an abscess and I went and had a scan and said to the guy “This isn’t cancer is it?”. And he said “No, no” and then they sent me to a specialist.

‘He told me to drop my pants and gave me an examination and said to me “You have penile cancer, it is very aggressive. We’re going to have to chop you penis off”.

‘It was horrible, there was no care or compassion at all and I was saying “What about sex and things?”, and he said “Forget about being a man, that is not going to happen”.’ 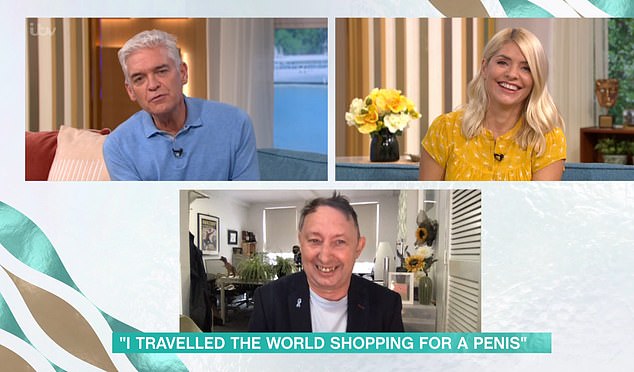 He went on to seek a second opinion at his local hospital St George’s in Tooting, which is Europe’s leading medical institute dealing with penile cancer.

But his doctor, Dr Ben Ayres, confirmed the worst, and told him amputation was necessary.

On today’s show, Richard detailed how it felt to see the result of the operation with his nurse Chris Backhouse.

‘On the sixth day I’d been in there she said “There are three ways we can do this, lift your gown see it now, I can describe what I see, or take a picture on my phone”.

‘I said let’s do all three and lifted my gown and she described what she could see and she said “It’s like a belly button”.

What is a penis reconstruction?

Penile Reconstruction presents a variety of complex issues which often requires not only surgical procedures but also psychological rehabilitation.

The goal of penile reconstruction is to create and/or restore a functioning and aesthetically pleasing phallus, including the ability to achieve sexual function.

An important factor is that the reconstructed phallus resembles a normal penis in all aspects.

In a phalloplasty, doctors surgically create or recreate a penis.

Phalloplasties have come a long way since the first one was performed in 1936.

Doctors harvest ‘flaps’ of tissue – typically from the forearm, but sometimes from the thigh – in order to create the penis’s new exterior and urethra, so this donor area has to be treated with  laser hair removal on that the ‘donor area’ that become a penis will look realistic and hair-free.

Then the surgery happens in four stages, sometimes done separately, others in one long surgery, lasting between eight and 12 hours.

Surgeons take the donor tissue from the forearm (or other site), then another skin graft, typically taken from the thigh, is then used to cover the forearm donor site.

Then surgeons build the penis and urethra, connecting the latter to the bladder.

In the fourth stage, most patients choose to have doctors insert a pump into the shaft of a penis, which is attached to a prosthetic testicle and saline bag stashed in the abdomen.

With this system, the patient can squeeze the testicle, pumping the saline solution into his new penis so he can get an erection.

The surgery is extensive and complex with most patients spend about a week in the hospital after the operation.

It takes about six weeks to be able to do strenuous activity or heavy lifting, and 12 to 118 months to fully heal.

Richard is set to have penile reconstruction, where doctors will remove flesh from his arm and bottom to form his penis, before an implant is placed inside.

Then a pump will be installed in his scrotum to give him an erection at the touch of a button.

‘What I’m planning to go for is a reconstruction basically,’  he explained. ‘They use parts of your body and people with penile cancer and trans people and soldiers who have been in landmines also go through this.

‘They take part of your arm and your bottom and reconfigure you basically and you end up with a penis.’ 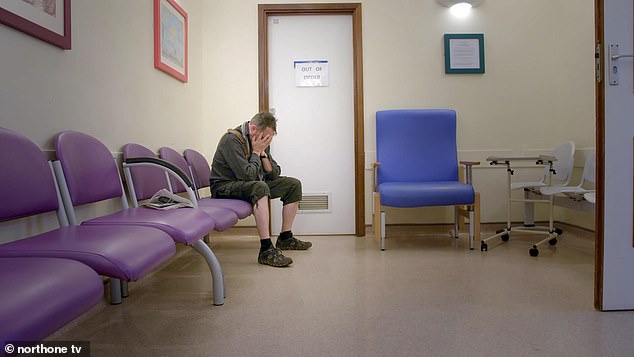 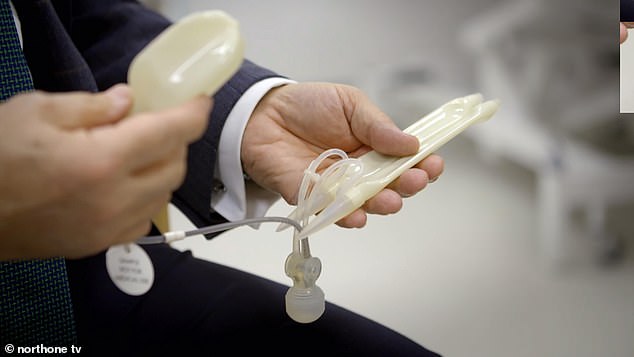 Richard, whose relationship fell apart after his penis amputation, has also appeared in a in a new Channel 5 documentary Shopping for A New Penis, which followed his worldwide quest to discover ways he can rebuild his organ.

During the programme, he discussed his struggles with his ex-partner Angie, revealing that they were together for two years before his cancer was discovered.

The 54-year-old, who has a son and daughter from a previous relationship, said he began avoiding sex before his diagnosis because it caused him pain.

He explained: ‘It built up over time and the problem was that…why I wasn’t having penetration because it was really really painful. It really hurt to be inside. 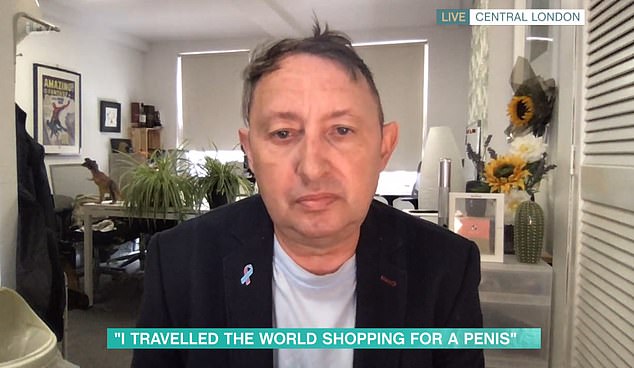 Today, Richard reflected on his actions leading up to his diagnosis, and urged other men to see a GP if they notice any abnormalities around their genitals

‘I thought, maybe I’m being a bit weak. So then I felt a bit vulnerable, so then I just haven’t wanted to do it so much.’

Today, Richard reflected on his actions leading up to his diagnosis, and urged other men to see a GP if they notice any abnormalities around their genitals.

‘If you have a problem with your lover, your partner try and go and see a GP, said Richard.

‘I know it’s not easy to do that but besides that, I’m with some great people called Orchid and they have a helpline, which would be my port of call. It’s somewhere you can go anonymously and get some great advice.’