Home » Lifestyle » Mariah Carey vs. Jay-Z: Who Has a Higher Net Worth?

Mariah Carey vs. Jay-Z: Who Has a Higher Net Worth?

Mariah Carey and Jay-Z are two of music’s biggest superstars and in early June they shared headlines but not for a collaboration or project instead over a split. Some tabloids have reported that the pop diva dumped the rapper‘s Roc Nation management team after a “blazing row.” Here’s what the “Hero” songbird has said about the “explosive” situation and the answer to the burning question of which music giant has the higher net worth.

Back in 2017, Carey fired her manager Stella Bulochnikov and signed Jay-Z’s Roc Nation to manage her career. But three and a half years later Mimi is moving on, and according to some publications she’s doing so after a huge fight with the hip-hop star.

The U.S. Sun reported that a source told the outlet: “Mariah and Jay had an explosive meeting which did not go well at all. She has made it clear she wants nothing more to do with him and has called it quits with Roc Nation. She will formally depart in the next few weeks. It is a shame because they had done some great work in the last few years. But this meeting couldn’t have gone much worse.”

However, Metro.co.uk reported that the departure was “amicable” and that “the pair are said to be on great terms and Carey is now represented by Range where her former Roc Nation manager is a managing partner.” The “We Belong Together” artist did take to Twitter herself to state that any reports of an “explosive” meeting between her and Jay were inaccurate.

The songbird burst on the scene in 1990 with the single “Vision of Love” which rose to No. 1 on the Billboard charts. Carey continued making hits and today has more No. 1s than any other artist in history aside from the Beatles. Over the years she collaborated with Jay on a number of tunes including “Heartbreaker” and the rapper’s “Things That U Do” track off his third studio album titled ​Vol. 3… Life & Times Of S. Carter. And you can’t talk about the diva’s success without mentioning her holiday album featuring the song “All I Want for Christmas Is You,” which eventually became one of the best-selling and most-profitable singles of all time.

Celebrity Net Worth notes that Carey has a hefty net worth of $320 million. But is she worth more than Jay-Z? 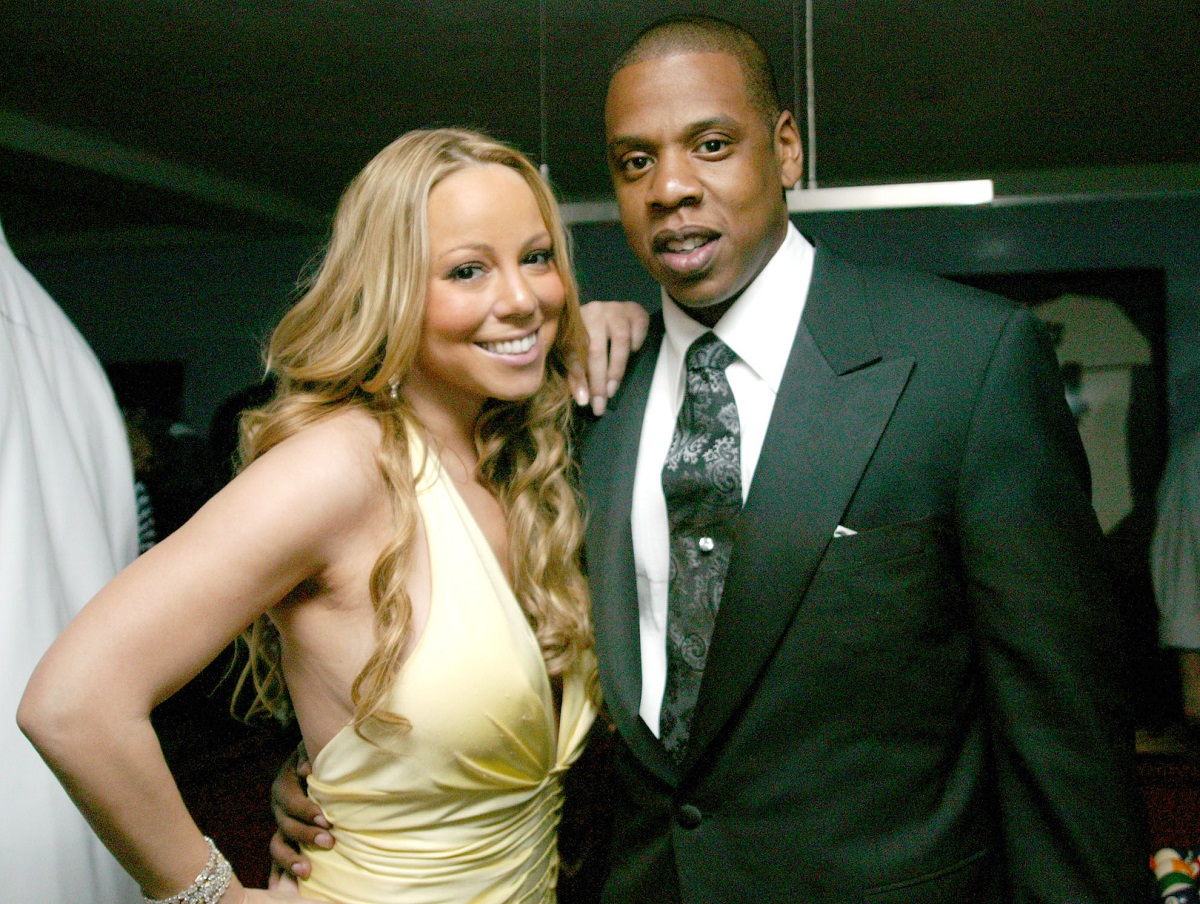 While Carey’s net worth is impressive, she’s not worth nearly as the “99 Problems” artist.

Like Carey, Jay has been turning out hits for decades. In the early ’90s he was selling CDs out of his car, then in 1996 his debut album Reasonable Doubt was released. He received praise from critics and the record was later certified platinum. But that was only the beginning for Jay. He went on to release a dozen more successful albums and is in the conversation as one of the greatest rappers of all time.

Hov has proven that he’s more than just a lyricist as he is also a successful entrepreneur and businessman. Between his record sales, touring, merchandise, endorsements, and investments he is worth a whopping $1.3 billion, according to Celebrity Net Worth. In 2008, Jay married singing sensation Beyoncé. The publication estimates that the couple’s combined net worth is $1.8 billion.