Martin Lewis shares advice on energy bills on This Morning

‘Wait until tomorrow before making any decisions on your energy bill’: Martin Lewis advises This Morning viewers to hold off on new deals until the Prime Minister announces her new package

Martin Lewis has encouraged people who are concerned about proposed increases to their fuel direct debits to wait a ‘day or two’ before talking to their energy companies.

The money saving expert, who appeared on This Morning today, noted that new prime minister Liz Truss is expected to make an announcement regarding bills over the next few days.

Liz Truss today vowed she will stop energy bills soaring in her first PMQs clashes with Keir Starmer – but warned it will be only a ‘sticking plaster’ without economic reforms. 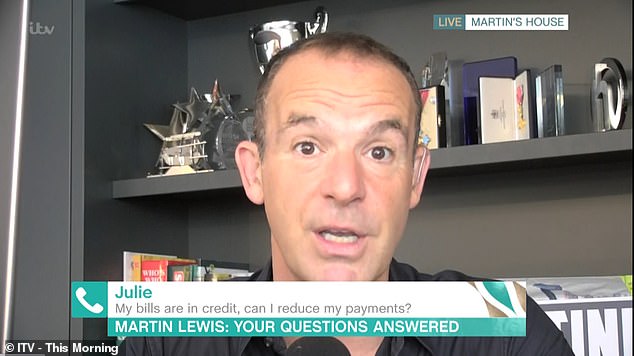 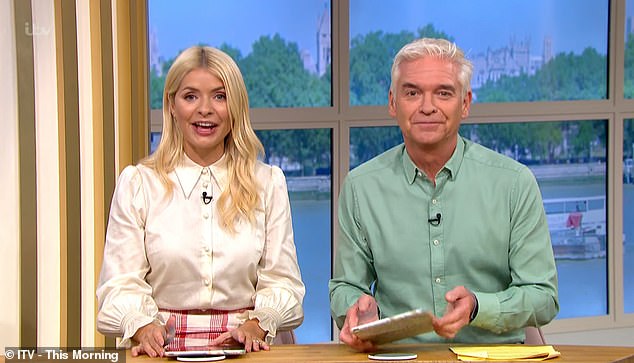 While answering a viewers’ question during the programme today, Martin said he thought there may be announcement tomorrow evening.

He believes it could be ‘the most radical shift in energy policy, not just since the Boris Johnson administration, but also a very radical change from what Liz trust herself has said during the election campaign’.

The expert noted that while he hasn’t heard news from any official sources, ‘other journalists have have tip offs’ that he’s basing his thoughts on.

‘Now the latest I’ve heard is they’re going to freeze it for someone on typical use at around £2,500, but people will still get the £400 discount that was promised this winter taking it to £2,100.

‘So what that means, and when I’ve tried to crunch the numbers on the scanty information effectively, for most people, this is an average increase from where you are now of 6.5 per cent. 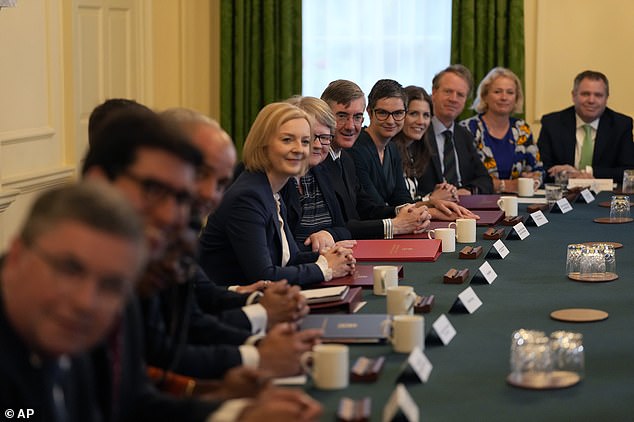 New PM Liz Truss chairing her first Cabinet in Downing Street today, where the package to freeze energy bills was top of the agenda

With this in mind, when a caller asked Martin what she should do about her energy company wanting to hike her direct debit, he suggested she wait until after the expected announcement is made.

The caller revealed that her current monthly payment of £132 could increase to £425.

Noting that her account is in credit, and that the price cap is expected to increase by 80 per cent, Martin noted that the change would be ‘too much’.

But, he added: ‘But actually what I would do, because we’re very likely to see such a big change being announced tomorrow…[is] hold off for a couple of days.

‘And then once we know the energy is not going up as much as we thought it would go up, then you’re in a much easier position to discuss with them that this direct debit is too high.’ 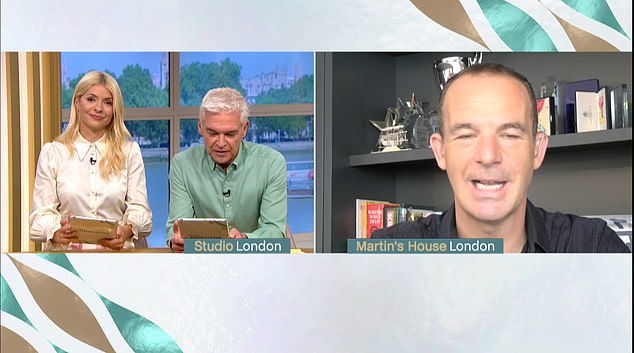 While answering a viewers’ question during the programme today, Martin said he thought there may be announcement tomorrow evening

He noted that if he is wrong about the announcement, he can revisit the topic next week.

The new Prime Minister batted away pressure from Sir Keir for a bigger windfall tax on companies – but insisted she would not leave Britons and businesses to suffer the fallout from the standoff with Russia. She confirmed she would be unveiling a new package tomorrow.

‘I will make sure that in our energy plan we will help to support businesses and people with the immediate price crisis, as well as making sure there are long-term supplies available,’ she told MPs.

The exchanges came after Ms Truss gathered her new loyalist Cabinet to finalise plans for an energy bill freeze – and the Bank of England delivered a stark warning that inflation could hit 22 per cent without action.

The PM has plunged straight into tackling the burgeoning crisis, forming a fresh top team stacked with her leadership backers and purged of Rishi Sunak’s supporters.

A package to limit energy bills that could cost the taxpayer £150billion is being thrashed out, limiting typical household payments to £2,500 a year. Including a £400 handout already in place that would effectively wipe out the massive hike that is slated to take effect next month.

Alarm has been raised in some quarters that this will simply be added to the UK’s debt mountain, with markets already responding by increasing interest payments.

However, giving evidence to MPs this morning Bank of England chiefs made clear that failing to act could deepen the problems.

Chief economic Huw Pill said predictions that CPI inflation could hit 22 per cent were ‘plausible’, saying it was simply a ‘mechanical’ consequence of surging gas prices amid the standoff with Russia.

He suggested that a bailout would reduce inflation, which the Bank’s most recent forecast had peaking at 13 per cent in the final quarter of the year.

‘Net-net on the implications for headline inflation in the short term, I would expect that to see a decline,’ Mr Pill said.

Bank governor Andrew Bailey declined to be drawn on the impact of Ms Truss’s plans on borrowing costs and inflation. He said the focus was on ‘policy being laid out properly’ after the Tory leadership contest.