Meet Pico, the blind cat from Canada with huge eyes 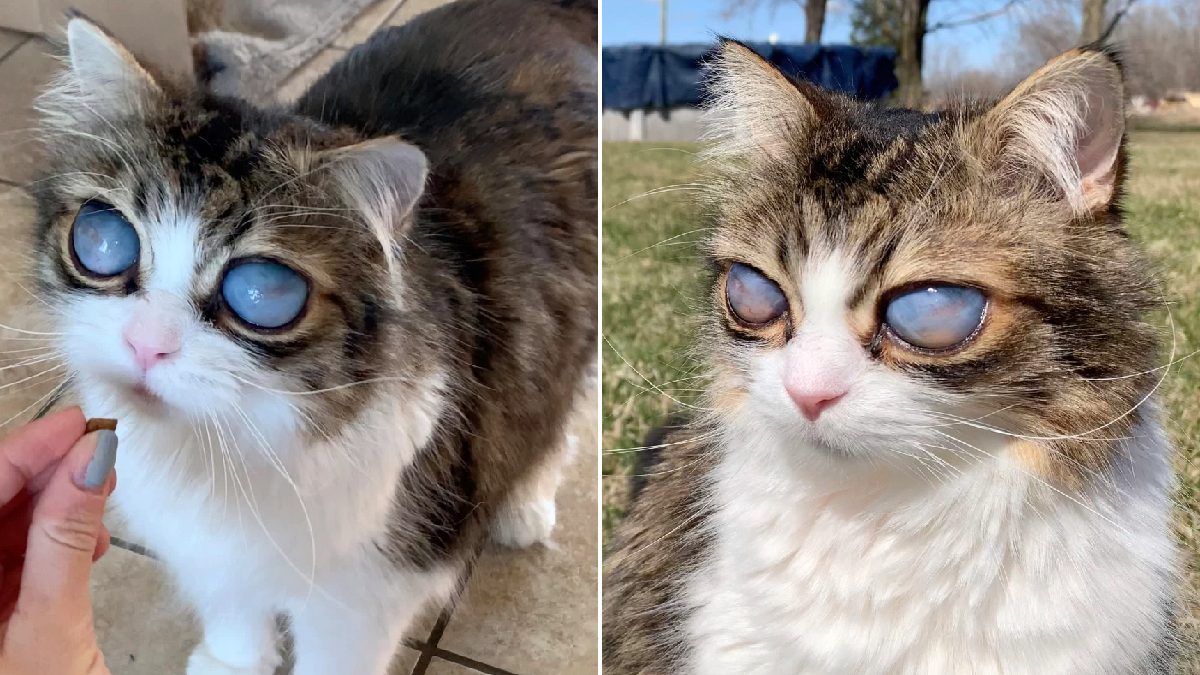 Earlier this month, we met a deaf cat who was learning sign language to communicate with her owners.

Now, we are heading over to Canada to meet a lovely little moggy called Pico – who is blind.

The fluffy Norwegian Forest cat belongs to owner Marie-Josee Brisson and her 17-year-old daughter Monica – who say it was love at first sight when they rescued the kitty from their local vet.

Pico, who previously had green eyes, developed an infection which resulted in his blindness.

He now has huge eyes that are particularly striking.

Nine-year-old Pico follows Monica in the house and outside, in order to navigate his way around.

Footage of the furry creature shows him having a stroll in the garden – while staying close to his owners. 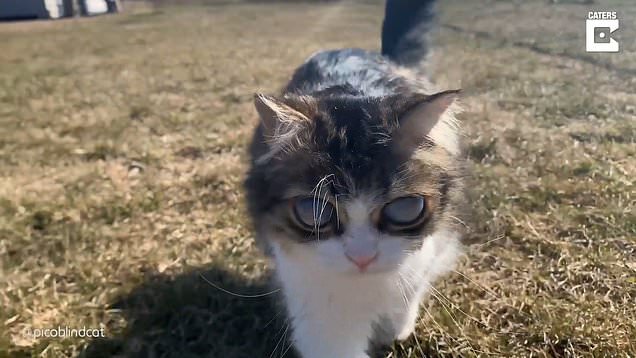 Marie-Josee said: ‘He used to have green eyes but one day, he had an infection that possibly caused glaucoma that caused his blindness.

‘Most of the time, he’s OK going about his days, but he bumps into furniture sometimes.

‘He knows his way around the house very well.’

Pico is also a social media sensation, with a staggering 98,400 followers on TikTok.

And fans can’t get enough of his story and unique look.

One person replied to a recent video saying: ‘He’s still living his best life looking as cute as can be.’

While another said: ‘You can see the whole galaxy in his eyes.’

Elsewhere in the world of adorable animals, a dog called Bud has a tongue so long that is drags on the floor when he goes for a walk – but he won’t let it trip him up.

And a naughty pony, called Freddie, has been jumping electric fences and escaping to mate with females. His mischievous behaviour means he is now a father to a little foal, too.