Home » Lifestyle » Meet the 18 ultra-wealthy Americans begging for a wealth tax, from a Facebook cofounder to a Disney heiress

Meet the 18 ultra-wealthy Americans begging for a wealth tax, from a Facebook cofounder to a Disney heiress

A group of 19 ultra-wealthy Americans signed an open letter to 2020 presidential candidates asking them to support a wealth tax, a copy of the letter published byThe New York Times on June 24 shows.

The signatories support the wealth tax for six reasons, according to theletter. Those include funding environmental initiatives and solving America’s climate crisis; fueling economic growth; and providing funding for public health care. In addition, the letter argues, a wealth tax is fair, patriotic, and would strengthen our democracy by reducing inequality.

Read more:Billionaires from George Soros to Abigail Disney are begging to be taxed more

Some of the signatories are multi-billionaires like George Soros, while others are little-known multimillionaires.

Of the 19 people who signed the letter, one chose to remain anonymous. Keep reading to learn more about the 18 known people who asked for a wealth tax, listed in alphabetical order. 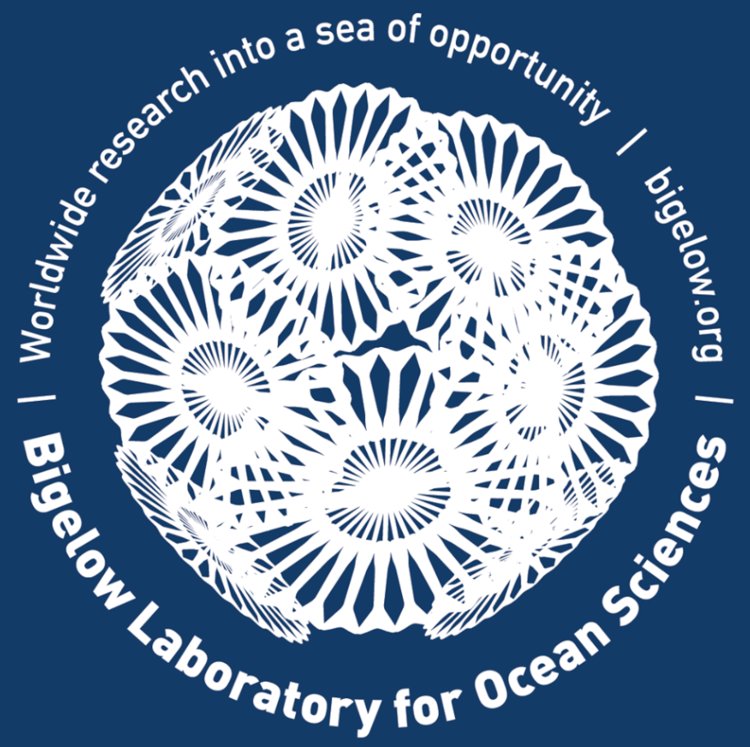 Bowditch is a Massachusetts-based lawyer who serves on the board of trustees of the Bigelow Laboratory for Ocean Sciences, according to her biography on the Laboratory’swebsite.

She is the wife of fellow signee Robert S. Bowditch. Bowditch is a retired Massachusetts real-estate developer. Bowditch has previously advocated for raising taxes on the wealthy: In 2010, he signed an open letter to President Obama asking him to allow tax cuts for millionaires to expire, according to aCBS affiliate in Boston. 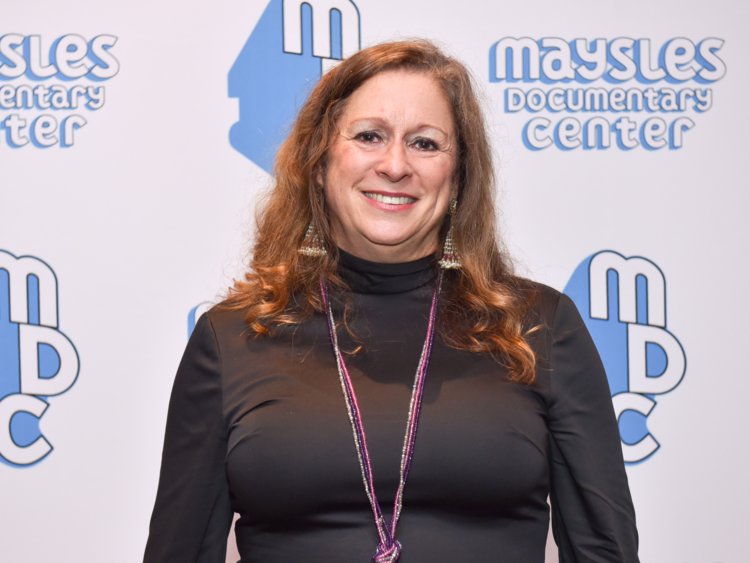 The granddaughter of The Walt Disney Company co-founder Roy Disney has made a name for herself as one of the company’s most outspoken critics. The 59-year-old heiress has criticized the salary of Disney CEO Bob Iger and defended Meryl Streep after she called Walt Disney a “bigot”, according toCNN Business.

The letter isn’t the first time that Disney has spoken out about tax reform. Disney criticized the 2017 Republican tax bill in aNowThis video, saying the bill unfairly benefited the wealthy.

In a March 2019 interview with The Cut, Disneystayed mum on the exact size of her inheritance but noted that she could be a billionaire if she wanted to, adding that she has donated $70 million over the past 30 years. 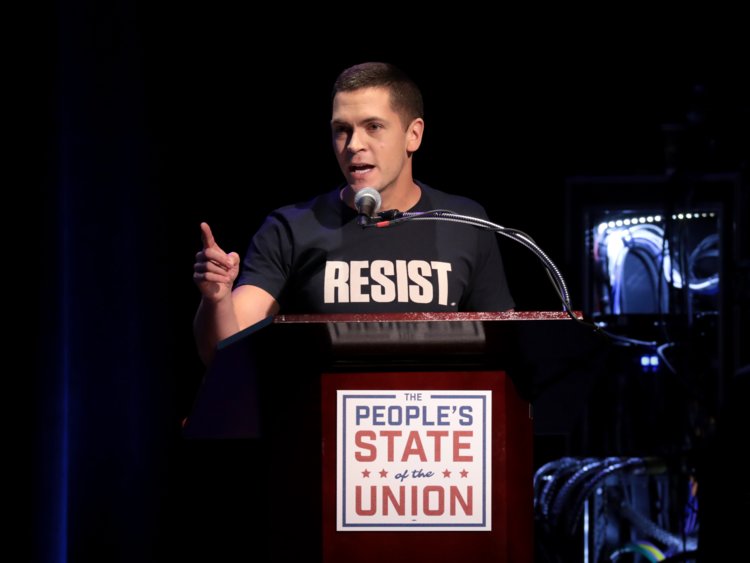 Eldridge, 32, is a political activist and former congressional candidate in New York, according toVanity Fair. Eldridge was born in Canada and is married to Facebook cofounder Chris Hughes, who also signed the letter.

English was a partner at corporate law firm Morgan, Lewis & Bockius in Los Angeles before cofounding a civil rights non-profit called The Advancement Project, his biography on the foundation’swebsite states. English worked with fellow signee Molly Munger on a coalition lawsuit that won funding to build new public schools in Los Angeles in 2000, according toThe Advancement Project. 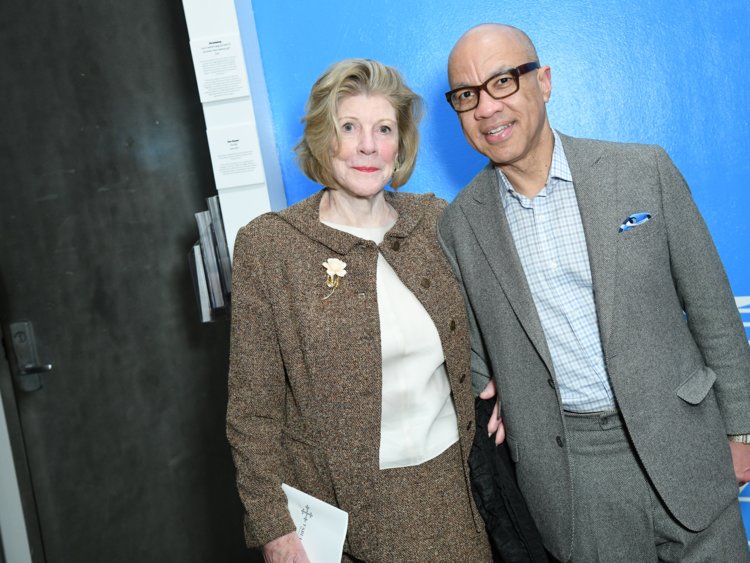 Gund, 81, used the fortune she inherited from her father, the president of an Ohio-based bank, to become a noted philanthropist in arts and social justice, according toThe New York Times. Gund received the National Medal of the Arts in 1997 from President Bill Clinton for her work, which included serving as the president of the Museum of Modern Art in New York.

In 2015,Forbes estimated that the Gund family had a net worth of $3.4 billion and ranked them among the 100 wealthiest families in America. 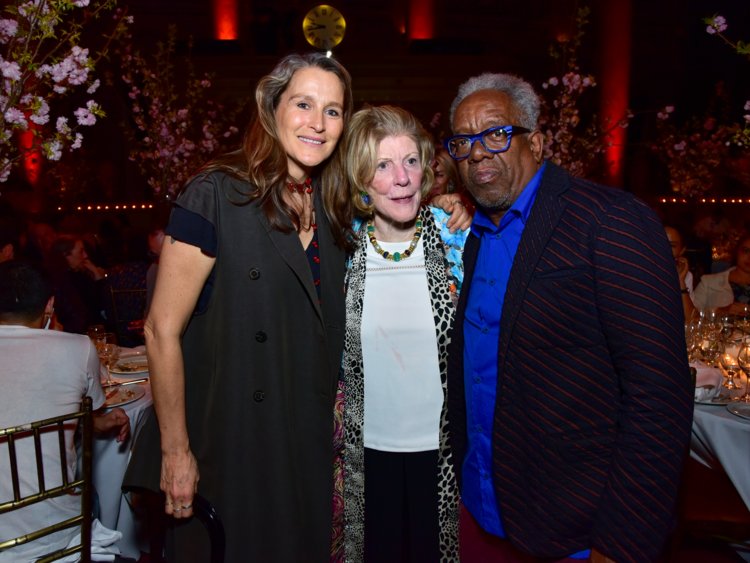 Gund, 54, is an Emmy award-winning film director and producer. Gund founded non-profit production studio Aubin Pictures in 1996, according to herbiography on the studio’s website. She is the daughter of philanthropist Agnes Gund. 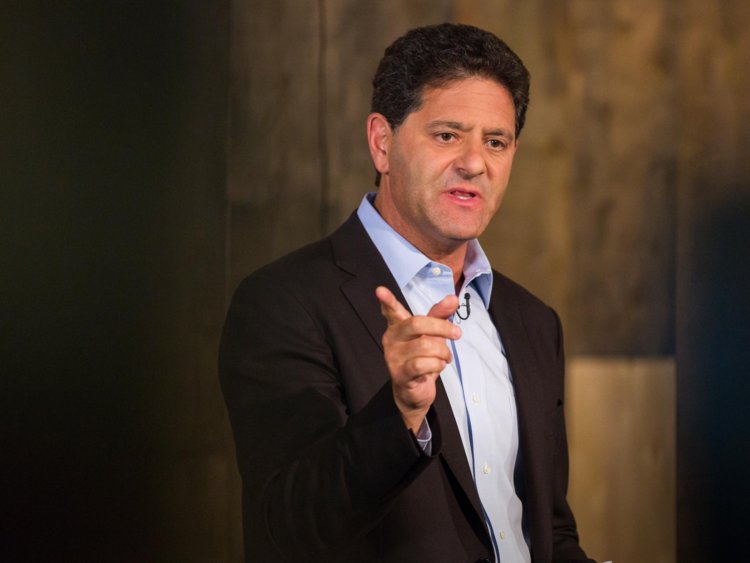 Hanauer, 60, is an entrepreneur and investor. He was an early investor in Amazon, according to his personalwebsite. Business Insider previouslyreported that Hanauer is a longtime critic of America’s income inequality

Business Insider’s Rich Feloni previously reported that Hanauer has said he’s not a billionaire, but that, as both he and his wife have signed The Giving Pledge, their combined net worth at least approaches the $1 billion threshold.

Read more:Wealthy investor Nick Hanauer says the US economy mints billionaires while many Americans are struggling, and there’s no excuse for it 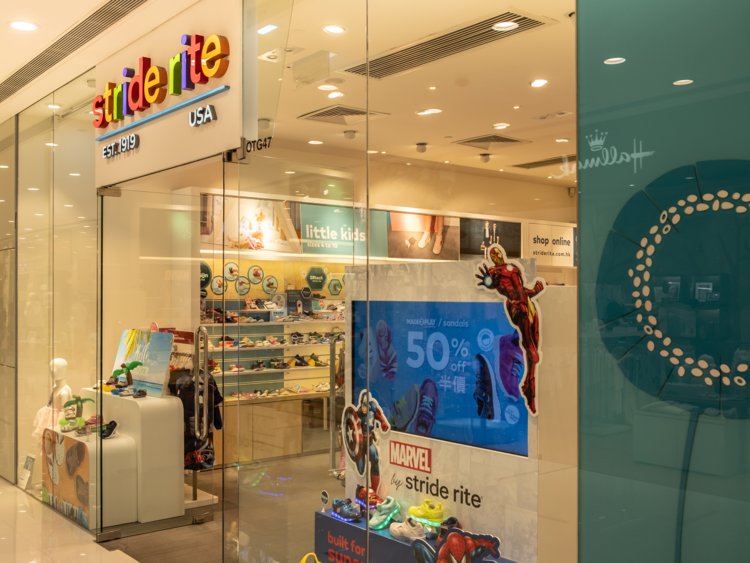 Hiatt, 90, is the former president of shoe company Stride Rite, according toBloomberg. He now serves as the Chairman of The Stride Rite Charitable Foundation. 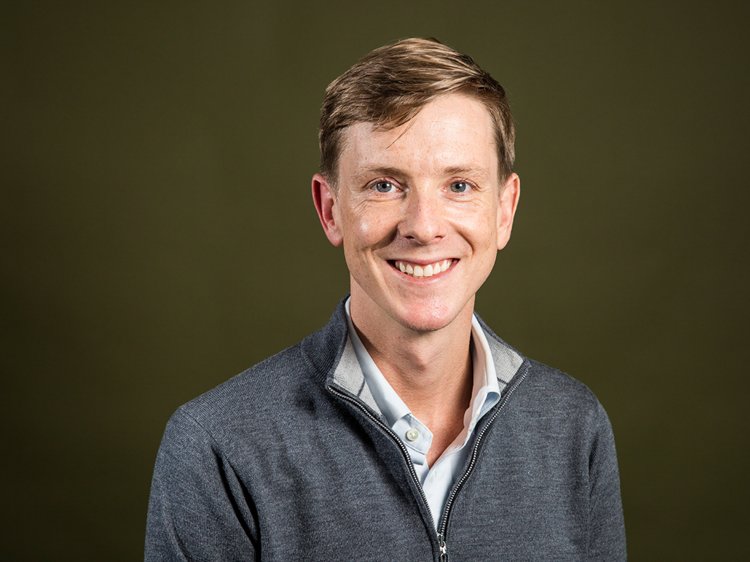 Hughes, 35, is a cofounder of Facebook.He left the social network in 2007 to become the online organizer for Barack Obama’s first presidential campaign. Despite calling for the company to be broken up in May, Hughes has a stake in Facebook worth $850 million,Newsweek reports. 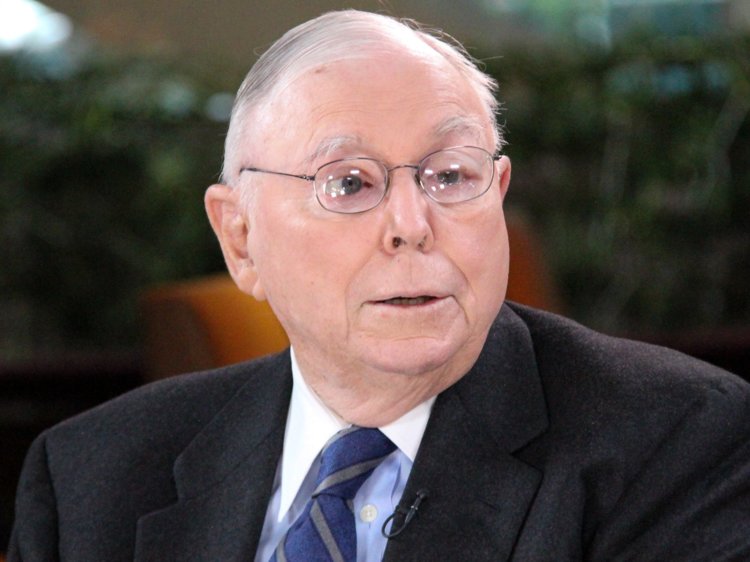 Munger, 71, is the oldest daughter of Berkshire Hathaway vice chairman Charlie Munger. Munger is a Harvard Law graduate who works as a civil rights attorney in Pasadena, California, according to theLos Angeles Times. In 2012, she advocated for a tax hike in California to boost funding for the state’s public schools. 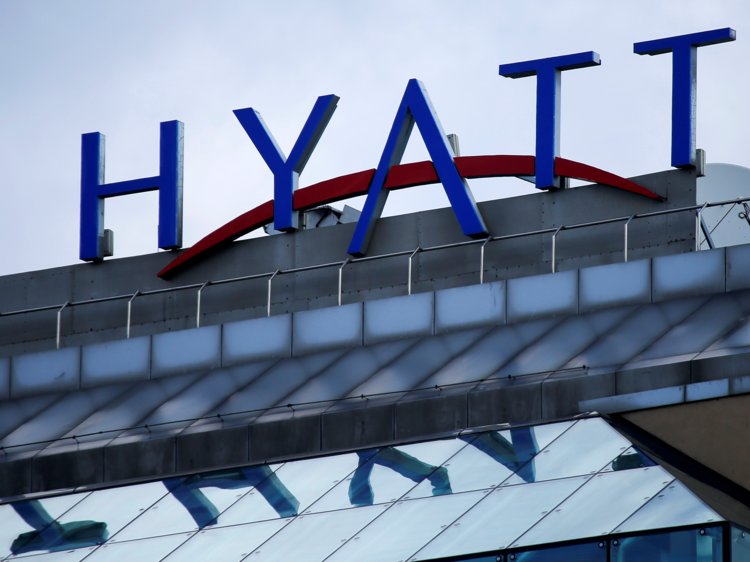 Pritzker’s family is one of the richest in America, according toForbes, building their fortune from the Hyatt hotel chain. A graduate of UC Berkeley and Stanford, Pritzker is an elementary school teacher and has three children, according to a biography of her on thewebsite of the Global Greengrants Fund, an organization she serves on the board of. Pritzker also serves as the board chair of her family’s foundation, The Libra Foundation.

In 2016,Forbes put the Pritzker family’s net worth at $29 billion, making them the seventh-richest family in America at the time. 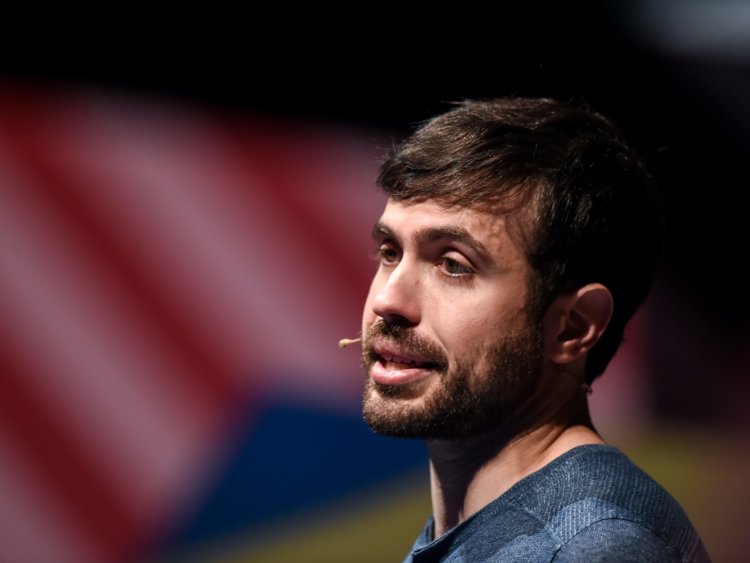 In 2018,Forbes reported that Rosenstein is worth $150 million from his shares in Facebook. Silberstein founded library technology company Innovative Interfaces, according toBallotpedia. He has a masters degree from UC Berkeley and serves on the board of the university’s Goldman School of Public Policy. Simmons, 44, serves as the cofounder and principal of impact investing firm Blue Haven Initiative alongside his wife and fellow signatory Liesel Pritzker Simmons, according to the firm’swebsite. Simmons is the heir to a family fortune that stems from the construction of locks on the Erie Canal, according toForbes. 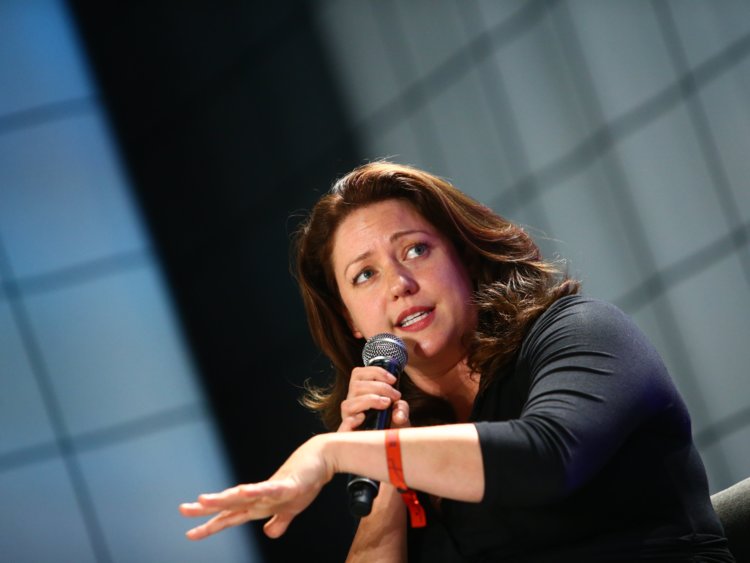 An heiress to the Pritzker family fortune, Simmons has a net worth of approximately $600 million, according to a 2013Forbes article.

As a child,she starred in several big-name Hollywood productions, including “A Little Princess” and “Air Force One,” alongside Harrison Ford. In 2002, Forbes reports, she sued her father and the Pritzker family and came away from it with a $500 million payout.

Simmons, now 35, is also a cofounder and principal of Blue Haven Initiative. 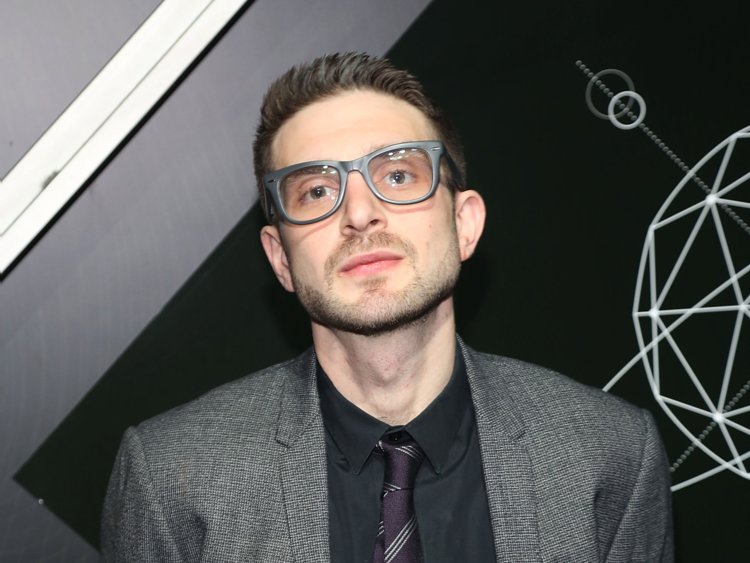 Soros, 34, is the son of billionaire financier and philanthropist George Soros, who also signed the letter. According to his personalwebsite, Soros serves as deputy chair of the Open Society Foundations, a nonprofit founded by his father. 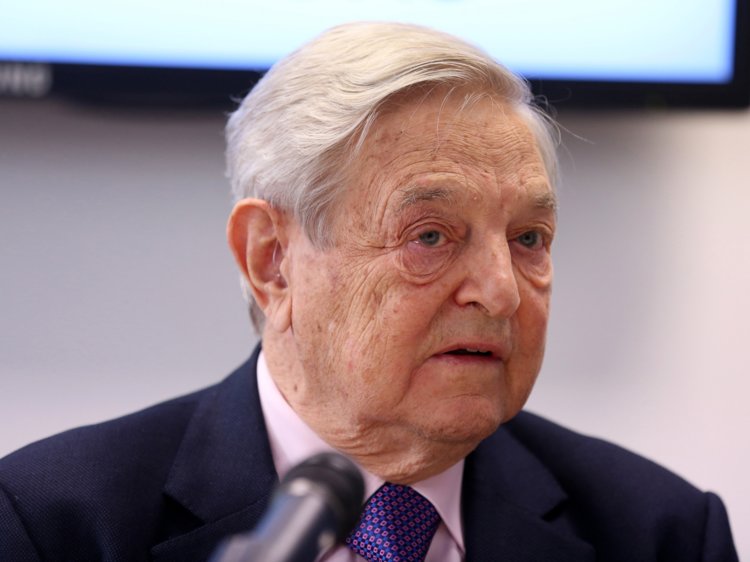 Philanthropist George Soros, 88, made his fortune running Quantum Fund, which was once the largest hedge fund in the world. Soros has a net worth of $8.3 billion, according toForbes.

SEE ALSO:Billionaires from George Soros to Abigail Disney are begging to be taxed more

DON'T MISS:Bernard Arnault just joined Jeff Bezos and Bill Gates in the 3-person club of people worth more than $100 billion each. Here's how the French billionaire makes and spends his fortune