Kanye West and Michael Cohen seen getting coffee together in NYC

Lori Loughlin could serve less time due to coronavirus concerns

Former Trump fixer Michael Cohen has gone from hanging with Kanye West to auctioning off NFTs at Miami Art Week.

Cohen has teamed with ArtGrails — founded by art consultant Avery Andon, who’s also the brother of pop artist Alec Monopoly — to create non-fungible tokens from Cohen’s time in prison that will be displayed and sold off.

The NFTs include a portion of Cohen’s handwritten manuscript of his memoir, “Disloyal,” penned while he was in New York’s Otisville federal prison, as well as an NFT-backed video of Cohen working on the memoir’s initial pages from his holding cell. 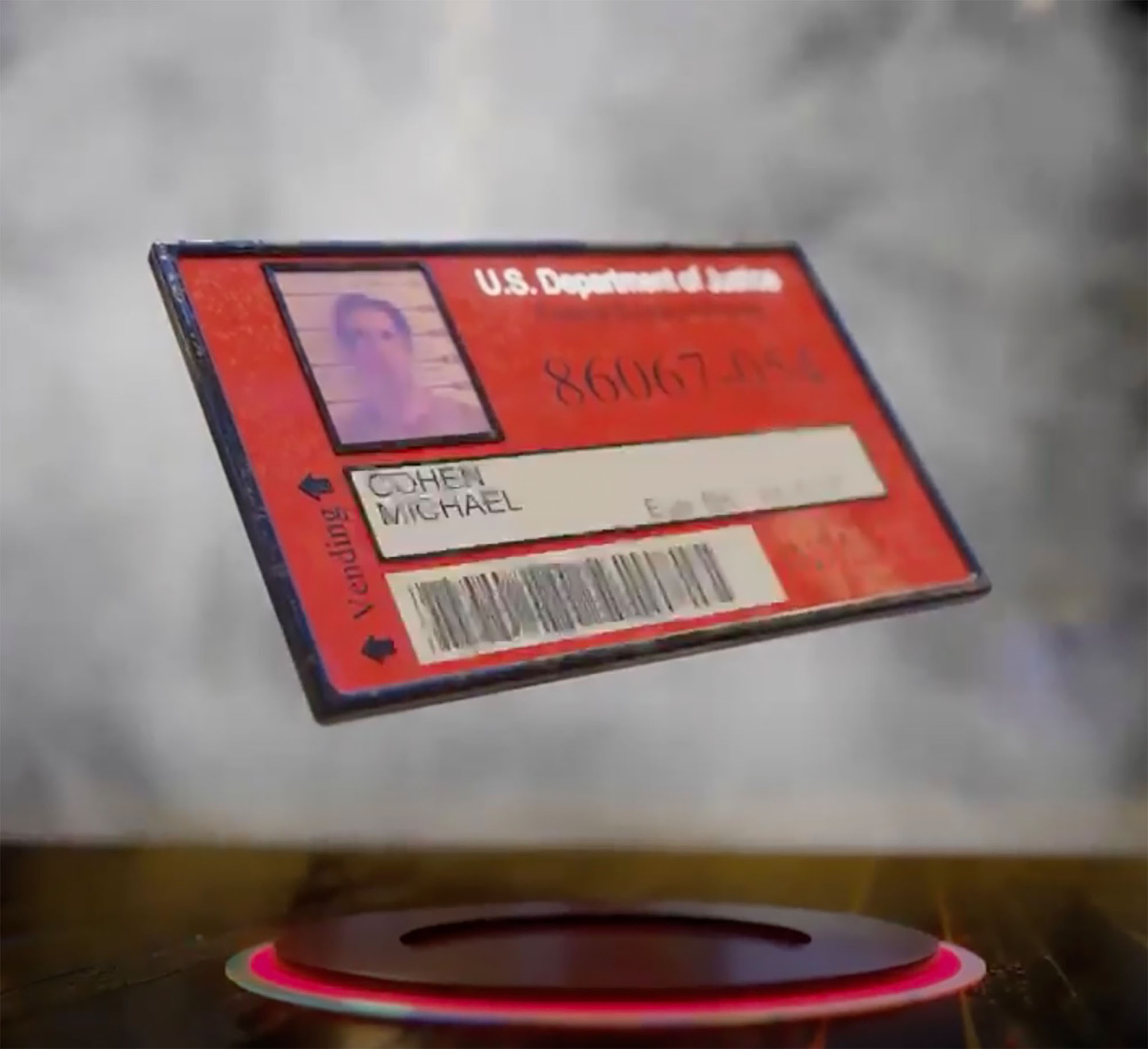 The video of Cohen writing the book was recorded by an unnamed colleague, according to ArtGrails, and was filmed just before Cohen was sent back to his Park Avenue apartment to serve out the rest of his term.

ArtGrails will also host a VIP party and Q&A event in Miami’s design district on Dec. 3 that will feature a live video appearance by Cohen, who will read from his manuscript and also take some questions, ArtGrails said.

Bidding on Cohen’s book-related NFTs begins Wednesday on ArtGrails’ site, while the prison badge NFT editions go up for sale on Dec. 12. The works will be exhibited in Miami at a pop-up show from Wednesday through Dec. 12.

Andon told Page Six: “Most political figures have shied away from NFTs so far — but you will see it becoming more pervasive with politics.” He sees the move as part of a trend in which political documents will be released as NFTs.

Cohen added that the project, “merges art, technology and politics all into one,” and he said he has further “documents which people will claim are of a historical nature” that he plans to release as potential NFTs. “The goal is to create a political NFT scenario that is obviously historically relevant,” he told us.

Page Six previously reported that Cohen was seen last month with rapper and fashion maven Kanye West having coffee on the Upper East Side on two occasions. Sources exclusively told us that incoming mayor Eric Adams was also meant to meet with them, but was held up with another meeting.

The second time the odd couple met, West was wearing a bizarre mask, which Cohen told us was for privacy. He said at the time when reached for comment, “The purpose [of the mask] was so that people would not recognize him … the first 10 minutes we sat down, he was mobbed by people … who wanted photos, and to say hello. So he put on this mask to give him some anonymity, which interestingly enough, did not really work.”

Cohen was sentenced to three years in prison in December 2018 for tax fraud and other charges. He was released in May 2020 due to concerns about COVID-19, and recently wrapped up his house arrest. He’s now under supervised release.