Michelle Buteau Is Finally Being Seen For All The Right Reasons

Comedienne, author, and actress Michelle Buteau is no stranger to the screen. But her most recent turn on streaming as the bubbly and quick-witted surgeon Bree on the BET+ breakout hit original comedy-drama “First Wives Club” is taking her to new heights.

“The fan response is really dope. I’ve worked on a lot of things that were so good, that no one has ever watched,” she said of the show. “You just hope that people will see it and that it will get eyes on it — and not for ‘I want to be famous, I want these numbers and this algorithm,’ but just to share the content that you worked so hard to produce.” 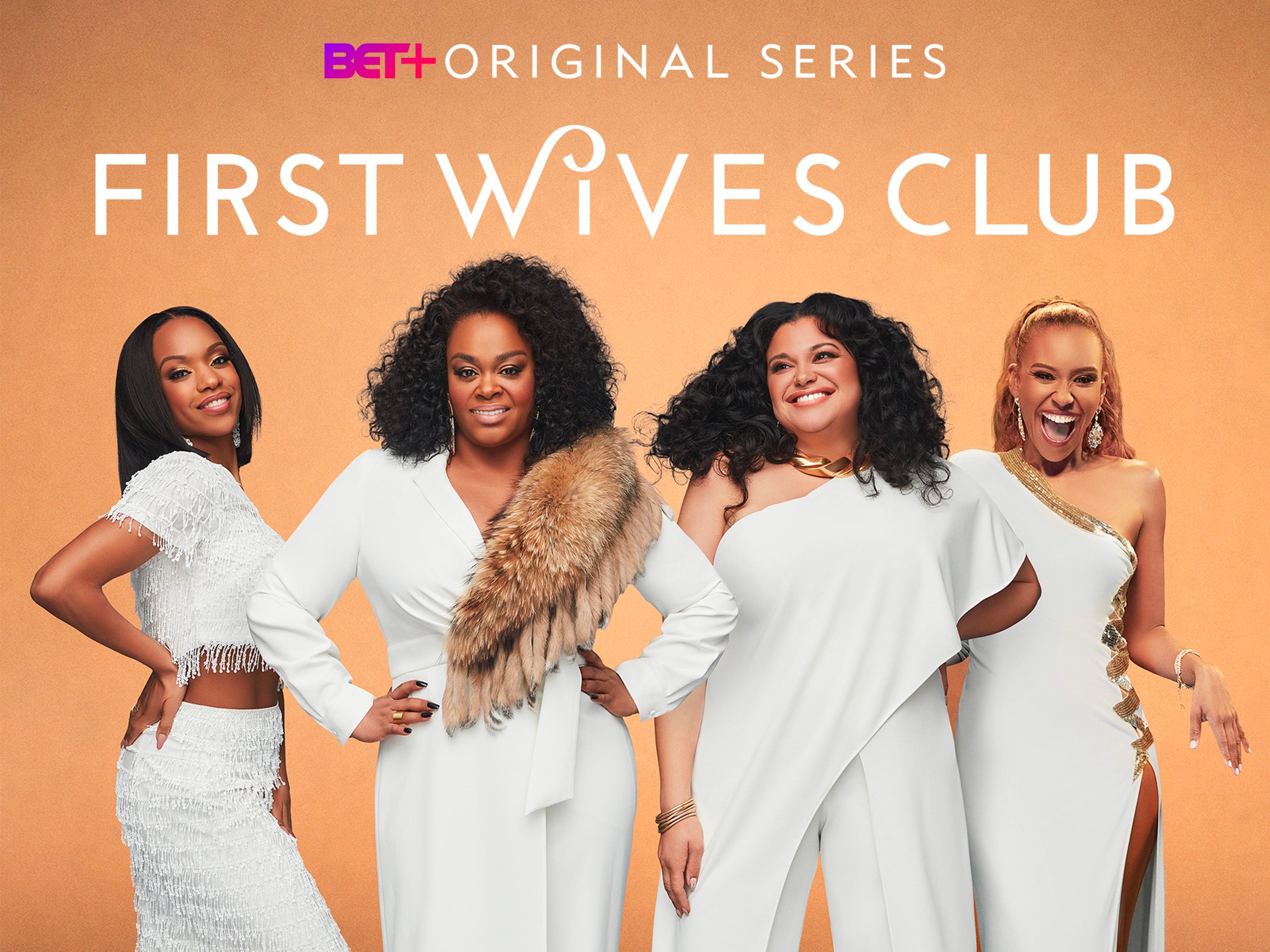 After nearly a decade gaining fan recognition and industry respect providing comedic commentary on widely-watched talking head programs and serving in supporting comic relief roles on both the silver screen and the flat screen, Buteau is now entering season two of the smash hit “First Wives Club,” alongside costars Jill Scott and Ryan Michelle Bathé. The show tells a story of sisterhood, support, and friendship among a group of women each experiencing turmoil in their separate romantic lives.

Buteau breathes life into Bree, a surgeon and mother of two struggling to find her footing after hitting an unexpected rocky patch in her love life, now teetering on the edge of divorce after discovering her husband’s infidelity. She’s elated that such a big audience is latching on to not only her own work but that of her costars and showrunner.

“All the blood sweat and tears that went into it. Tracy Oliver really dug deep, Jill Scott dug deep. Ryan Michelle Bathé meant it. My brain hurt from improving.” 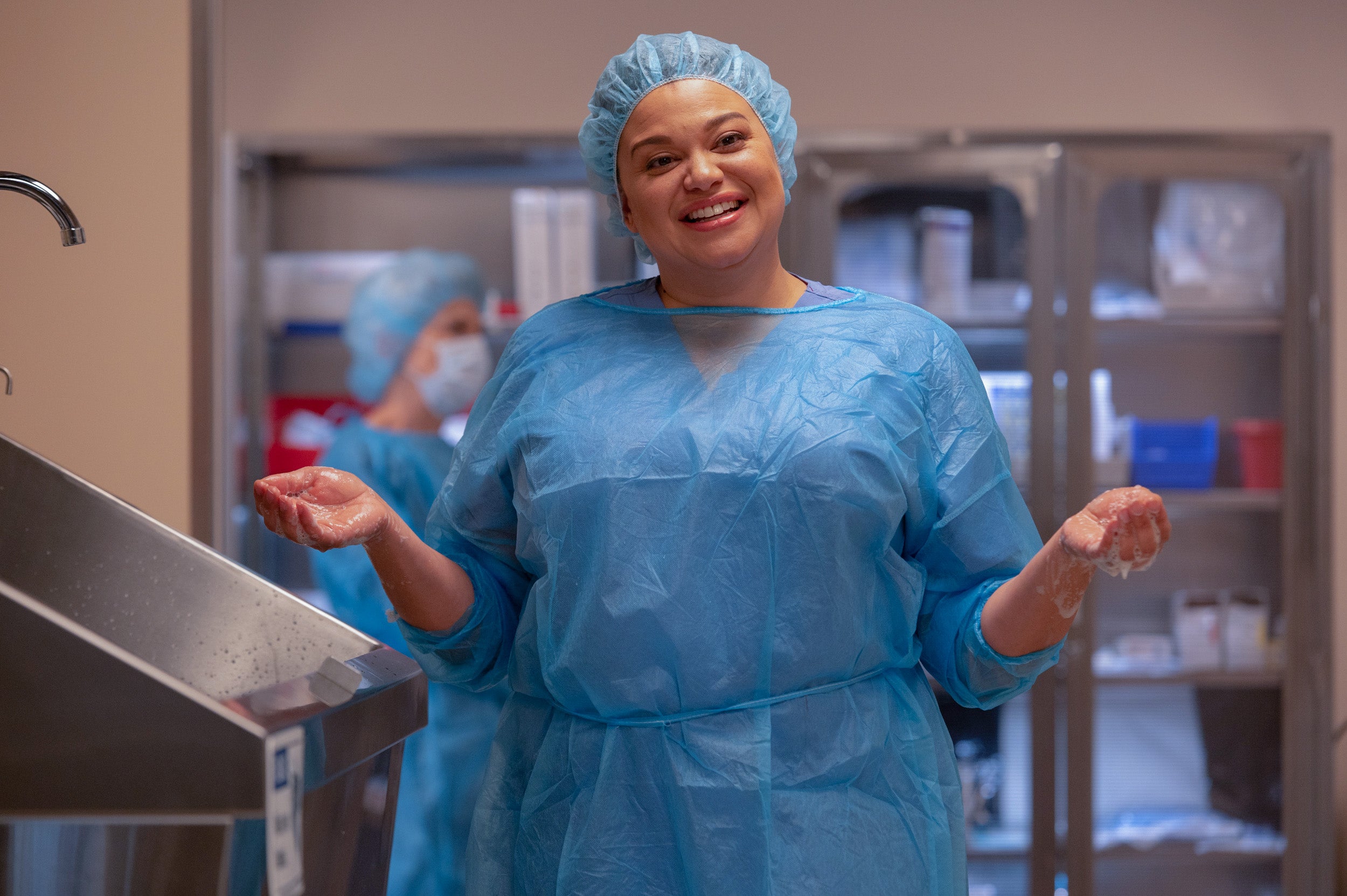 Much like its source material, the 1996 comedy film “The First Wives Club” starring Bette Middler, Diane Keaton, and Goldie Hawn, this iteration of the story finds the ladies being there for one another when the men in their lives drop the ball. The tale holds just as much hilarity and relevance 25 years later, though the modern spin and cast of Black women likely makes it more relatable to an even wider audience.

“The reason reboots are so fun and important is because a lot of these stories are timeless,” Buteau said. “But let’s update it, let’s give it a modern twist, let’s put some stank on it. Let’s make it really relatable now that Hollywood has shifted, now that they’re realizing that our stories matter — and that we’re lucrative.”

While the show also draws easy comparisons to “Sex & the City,” “Girlfriends,” and more recent releases like “Run the World,” Buteau sees it as a standout among the crop of shows covering the comings and goings of a group of commiserating sister-friends.

“This is an adult show. It’s fun, but these women have been through some stuff; being married for ten plus years, giving up your voice for your man’s voice, but then finding your voice, having friends that I call chosen family that aren’t going to tell you what you want to hear, but need to hear is next level,” she said. “On top of being funny, it’s just powerful.” 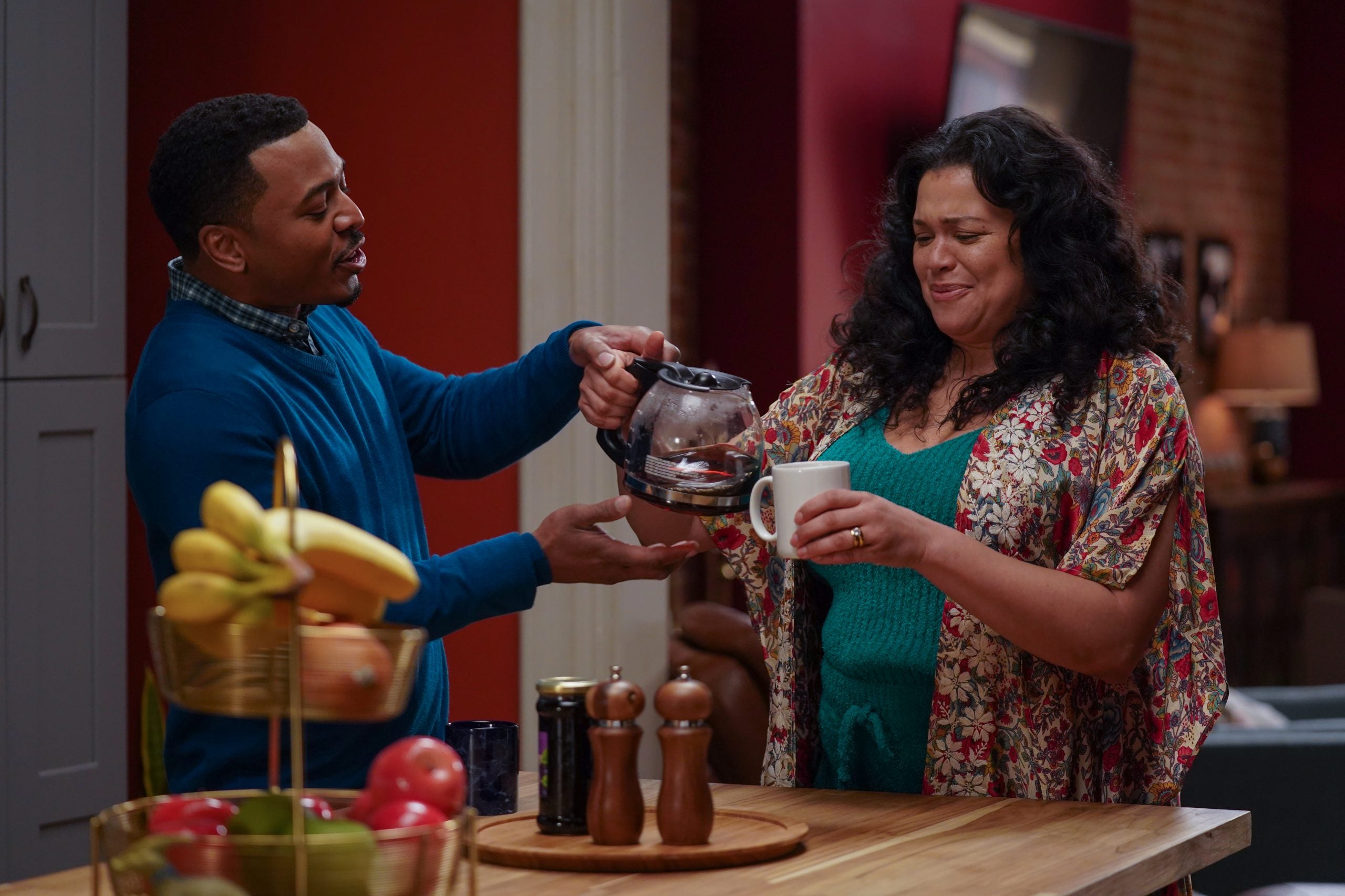 Bringing that power to the screen for season two was a more daunting task than anyone in front of or behind the camera could have anticipated. The concerted effort and careful considerations taken to shoot the season during the height of COVID-19 was a labor of love and, unsurprisingly, quite an adjustment for the bubbly and outgoing Buteau.

“We had to do so much work — the self-isolation, the COVID testing, the this, the that, the stress to even get here. So by the time we got to set, it was definitely a different energy, of ‘Oh, this means something. Let’s do it.’”

Being on set gave Buteau, a veteran stand-up comedienne, the perfect outlet for her comedy that she had to leave behind as comedy clubs and performance venues were forced to shut their doors during the height of the pandemic.

“I love standup and I didn’t realize how therapeutic it was for me. To not do it for so long and just be out? I felt like I was one of those standup comedians on set that made people wonder ‘does she ever turn it off?’ I’m like…‘NO!’ I haven’t been out for a while, so I was making everybody laugh, from the catering to the camera dudes to the script supervisors. This is actually how I am when I need to get it out.”

But outside of work, the pandemic taught the actress to self-advocate on a new level. As a working wife and mother of 2-year-old twins, she had to refuse a lot of fan interactions and risky public behaviors for the sake of safety.

“It also was a crazy place to be so vigilant for myself. To say, ‘no, I can’t.’ As a friendly person with curly hair, freckles, big titties, you want to talk to everybody because they want to talk to you. It was a weird moment for me to just say “no, I can’t do this. I need to protect myself and my energy.’ Because truly we’ve done so many things (as a society) to get to this, and you’re talking to close to me!”

Despite needing her full six feet, Buteau says she’s happy to have such a large crop of new fans and increased recognition after a solid streak of high-profile roles and gigs in recent years. In addition to “First Wives Club,” she released her solo standup special “Welcome to Buteaupia” in September 2020, and has now hosted two seasons of Netflix social media competition “The Circle.”  With binge culture in full effect during the last 18 months, Buteau’s face has become even more publicly recognizable. And she loves that she can bring joy and inspire others.

“For people to finally have eyes on what I’m doing is dope,” she said. “And what I really love too is that a lot of people joy-watched stuff at a very dark time in their life, during one of the craziest election years, quarantine.

“People that love my stuff also have this voice inside them that says ‘I wanna do something like this. Can I?’ So I’m glad that I could be the drunk auntie or bigger sister for them to be like ‘do it, bitch.’”

More than anything, Buteau’s hot streak is a fun ride — one which she hopes will give her lasting longevity in the comedy world.

“It’s fun for all the right reasons, because I want to do this forever and all of the time. I want to be on that Cicely Tyson, that Joan Rivers, that Carol Burnett, that Whoopi Goldberg tip. Please just have me shuffle down to the SNL set in adult diapers and let me just figure out where my camera is.”