She nearly quit before becoming Eleven.

Millie Bobby Brown was ready to give up on her acting dreams right before landing her big break on “Stranger Things” as a preteen.

The incredibly successful young actress, now 16, revealed she was ready to call it quits following a slew of rejections that included a role on “Game of Thrones.”

“I was very disheartened by the rejection which is something I tell everyone — this industry is just full of rejection 24/7. You get no’s, a lot of no’s, before you get a yes,” Millie told Jimmy Fallon during an interview on “The Tonight Show.”

Millie had auditioned for the role of Lady Lyanna Mormont, the feisty young ally of Jon Snow and Sansa Stark on the HBO fantasy series. Ultimately, the job went to Bella Ramsey, who portrayed the character from seasons six through eight.

“I got a no for that. That’s kind of when I was like, ‘Oh, this is really difficult,’ and I guess I really wanted that role,” Millie continued.

Thankfully, she gave it one last shot and sent in an audition for a Netflix project called “Montauk,” which ended up becoming “Stranger Things.”

“So one of my last kind of gos at this was this Netflix show called ‘Montauk.’ I auditioned and two months later they got back to us and was like, ‘Hey we’d love to Skype with you’ and I Skyped with them, and the rest is history, of course,” Millie explained. 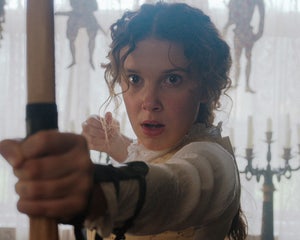 She says the show renewed her passion for acting, adding, “Montauk” was definitely the one that kind of gave me that hope of doing it all again.”

Clearly Millie’s decision to persevere through rejection was the right move as she went on to earn two Emmy nominations for her role as Eleven on “Stranger Things,” which she slyly confirmed is now in production for its fourth season.

“I mean I guess that’s what they’re trying to say!” Millie said in reference to a “Stranger Things” tweet with a photo of a clapperboard on set. “Obviously I can’t wait to get back to work. I miss playing Eleven so much. It’s been quite a while since I’ve been on set with my friends.”

Hear all that Millie had to say in the full interview above! 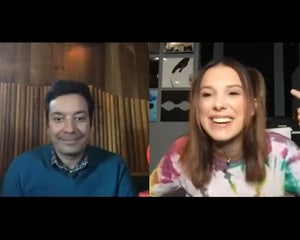