It was a leap of faith that stuck the landing.

John Oliver's "Last Week Tonight" did a segment in June about its discovery that a number of car dealerships across the U.S. were all doing variations of the same silly commercial featuring their owners "in a pickle" — and dressed like one.

In response, the show wrote a script of its own and offered it to one dealer for free as long as it agreed to shoot it word for word before even reading it.

Steve Johnson of Zumbrota Ford outside Rochester, Minnesota, agreed to the offer when his staff brought it up.

"I told them I didn't think it would sell any cars, but that it was strange and unusual, so let's give it a try," Johnson told FOX Business, explaining that the dealers who did the pickle commercial all belonged to the same marketing group and knew they were sharing the idea.

The new commercial is as off-kilter as you'd expect from Oliver's team and features a married couple on the verge of divorce over the husband's choice of their new car.

"You're right, I don't know you anymore. And ever since we bought that all-wheel-drive minivan from Zumbrota Ford, you've changed," the husband says. 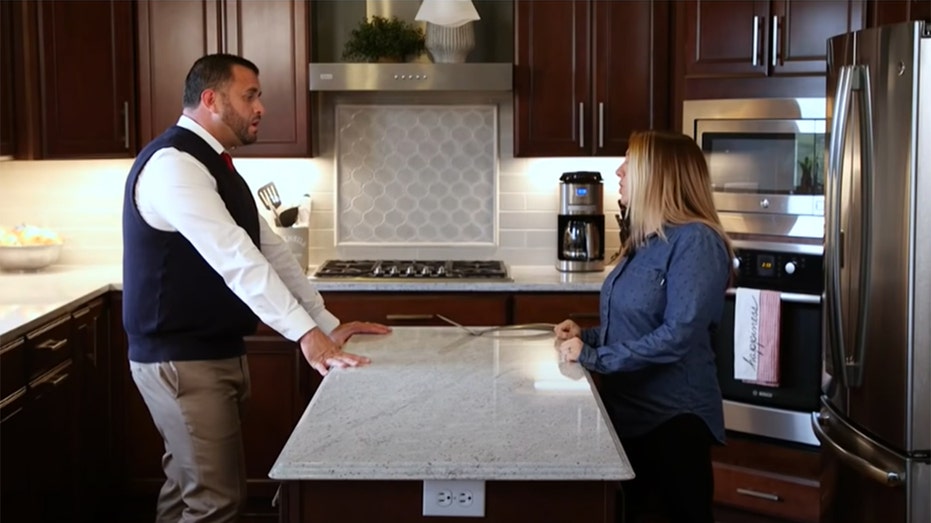 "Maybe I have," she responds. "Maybe I changed the moment I put my hands on the steering wheel of that new minivan. Maybe in that moment I realized how empty I feel inside."

The wife also takes issue with the fact that they don't have kids and how the van doesn't fit in their garage, which he blames on the architect.

"It's always the architect with you, isn't it, Kevin?" 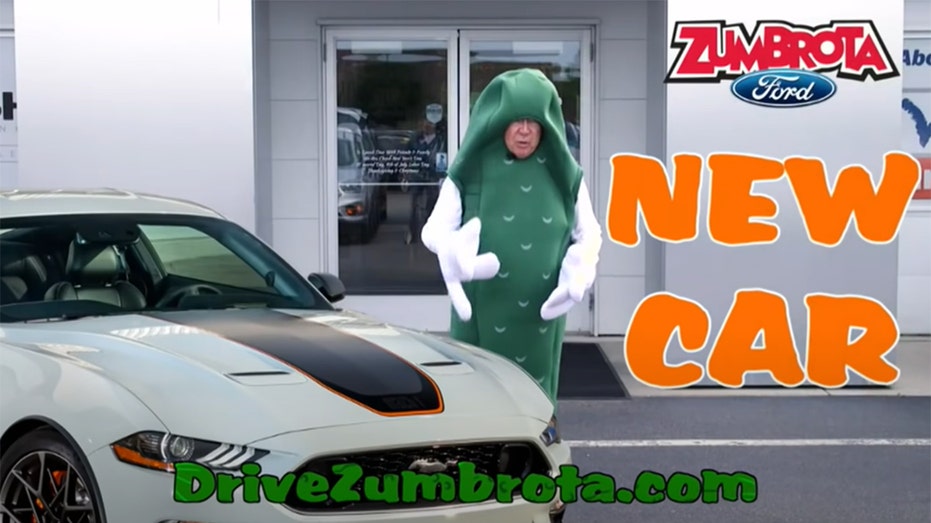 The spot wraps up with Johnson back in the pickle suit in full pitchman mode saying, "couples therapy, shmuples therapy, a new car is what you want!"

Johnson said it was shot in his home kitchen and stars his store's sales manager and finance director, who were perfect for it because "they're always bickering with each other in real life at the office."

Nevertheless, the response has been overwhelmingly positive and brought national attention to the dealership. Johnson said a few customers have called from out of state as far away as Oregon to buy cars. Even Ford CEO Jim Farley congratulated him on Twitter.

Johnson said people keep telling him they want to know more about how things worked out for the couple and that he's planning to reach back out to Oliver to see if they'll write a sequel.

At one point in the spot, Kevin asks "What happened to us? We used to laugh, we used to dance. Remember the lodge?" To which his wife responds, "Don't you dare bring up the lodge."

"They want to know what really did happen at the lodge," Johnson said.