Home » Mother discovers partner is a paedophile when ex contacts her

Mother discovers partner is a paedophile when ex contacts her

Mother who discovered her partner was a paedophile when his ex contacted her on Facebook reveals he took HER to court 37 times in 8 years for access to their children and cost her £250,000 – while he got legal aid

A mother who discovered her partner was a paedophile when his ex contacted her on Facebook has told how he took her to court 37 times to gain access to their children.

Julia, an acting director of a national think tank who lives in north London, was with her ex-partner for six years and they share two children. She was on maternity leave when she received the message telling her about his shady past.

After social services confirmed his conviction and imprisonment for sexually abusing children, Julia was urged to go to the family courts to regularise her partner’s contact with theirs.

However, her ex then brought a series of allegations against her for preventing him from having access, presenting himself as a ‘victim of emotional abuse’.

To date Julia has been forced to shell out around £250,000 to protect her children – but claims her paedophile ex was publicly funded by the legal aid agency. 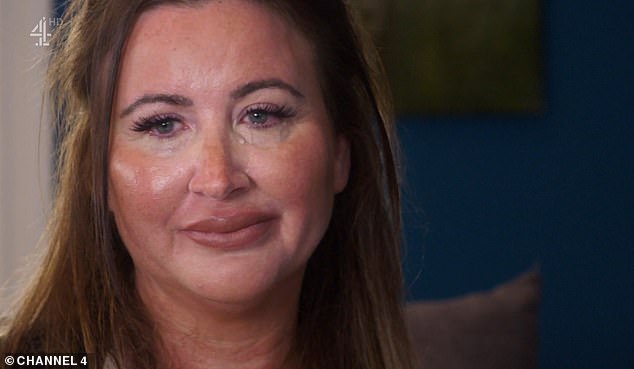 Julia, an acting director of a national think tank who lives in north London, was with her ex-partner for six years and they share two children

Speaking to journalist Louise Tickle during Channel 4’s Dispatches programme Torn Apart – Family Courts Uncovered last night, Julia – who risked being fined or even jailed for doing so due to strict rules regarding family courts – said the ordeal left her with severe PTSD.

‘I feel that our case was so black and white, but he then brought a series of allegations against me for preventing him from having access to the children and he presented himself as a victim of emotional abuse by me,’ she explained.

Explaining why she decided to do the interview, she said: ‘Before I went through this I had absolutely no idea of the chaos and unfairness in the system.

‘It’s been a horrible process of discovery and I can’t bear to think of other people going through what I went through. I also wanted to do this for my kids because you know, I don’t want them to feel in any way ashamed of this experience and I want them to have a true account and a true understanding.’ 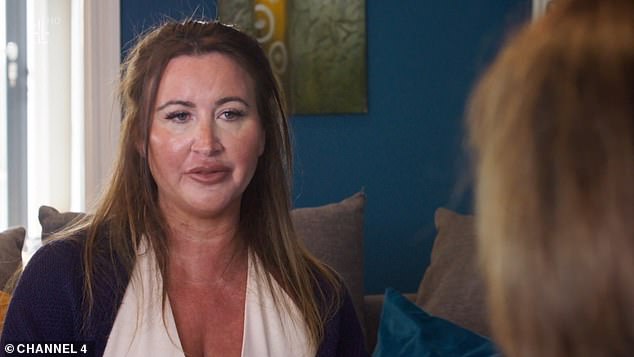 Speaking to Louise Tickle during Channel 4’s Dispatches programme last night, Julia – who risked being fined or even jailed for doing so due to strict rules regarding family courts – said the ordeal left her with severe PTSD

Julia told how around 10 years ago she received a Facebook message from a woman who told her she was a close family friend and the parent of two little girls that her partner had sexually abused and subsequently served time in prison for abusing.

‘I showed it to him and he said that it was a hate campaign against him, that his ex-wife had orchestrated so that she could take his daughters and leave him, and he totally changed,’ she recalled.

FAMILY COURT IS A ‘REVICTIMISING’ PROCESS

The documentary also spoke to Claire Waxman, victims’ commissioner for London, who described the family court process as ‘re-victimising’ for many parents.

‘We hear from victims and survivors so regularly who are going through the family courts and they will explain just how re-victimising the process is,’ she told the programme.

‘So we have cases where victims have said to me, “If I’d known what it was going to be like through the family courts, I’d have stayed in the abusive relationship, because I’d learned how to manage that abuse. In the family courts it’s out of my control, I can’t manage it and it’s relentless”.

‘I think I could say safely I’ve never met a parent who’s been through family court who describes the process as even remotely positive,’ he added.

‘He became very aggressive, he was furious with me, it was like it was my fault, that I was ruining everything by raising these questions about his past.

‘And I became convinced that this must be true and I became quite frightened of him and of leaving him with the kids. So I contacted social services to ask for advice.’

Social services then informed Julia that they were ‘sufficiently concerned’ that if she didn’t go to the family courts to regularise her partner’s contact, they would be investigating whether she could care for her children safely.

‘They would consider whether my kids could still live with me,’ she explained. ‘When I got to court, suddenly all the focus was on my parenting, my decisions in the face of this information, and whether I was being reasonable, on the one hand, allowing them to access their dad and on the other hand keeping them safe from their dad.

Over eight years, Julia has been to court eight times and was accused of ‘parentally alienating’ her children, giving them a negative view of their father so that they wouldn’t want contact.

While she had to pay for the court proceedings out of her own pocket, she said her ex was publicly funded by the legal aid agency for all of his expenses.

‘We have no idea [why], I’m not allowed to know,’ she said, adding that a psychiatrist diagnosed her with ‘quite severe’ PTSD as a result of the court proceedings.

‘She was very clear that the court proceedings were having a seriously adverse impact on my mental health, which they were, but at no point had anybody mentioned that as a concern,’ Julia explained.

This assessment meant that the judge agreed to a barring order; for the next three years a judge was able to veto whether Julia’s ex-partner could take her back to court.

However, two years down the line, Julia fears she’ll be back to square one once it expires.

Becoming tearful, she said: ‘Obviously I’m aware that that’s a finite period of time and it will come back again.’

The Ministry of Justice said in a statement in response to the allegations made in the programme: ‘Last year we announced an overhaul of how Family Courts deal with domestic abuse cases. These provide extra protections for victims and stronger powers to block abusers from repeatedly dragging them back to court.

‘We are currently reviewing the presumption of parental involvement where there is a risk of harm to a child.’