Heated debate! NHS worker reveals hack for keeping her paddling pool warm using a hot tub heater – but some are concerned about her electricity bill

A mother has shared an ‘amazing’ hack to keep her paddling pool warm, but it’s left the internet divided.

DeeDee, a British TikTok user who works for the NHS, shared a video on how she keeps her kid’s paddling pool at a balmy 30 degrees celcius.

One of the perils of paddling pools is the freezing cold water, usually filled from a garden hose.

But DeeDee came up with a ‘genius’ idea to keep her children from shivering by using a Lay-Z-Spa hot tub heater attached to the filter system to keep the water warm. 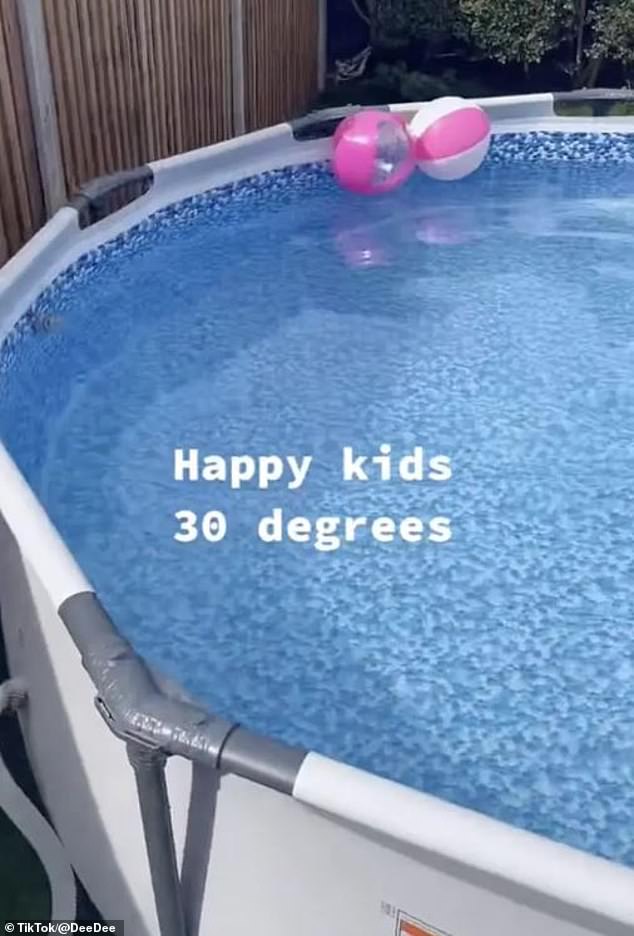 The UK Mum’s innovation has sparked a heated debate online, but many are asking her how to do it themselves, despite concerns over cost 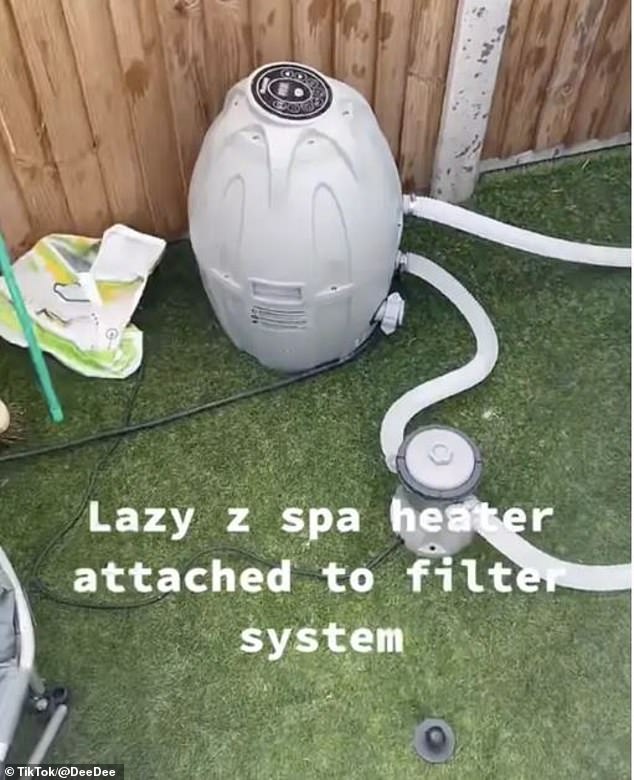 Not so Laz-Y DeeDee came up with a genius idea to keep her kiddies warm in their paddling pool, as we all know the gruelling cold of hose water is not ideal -even in a heatwave!

Even during a heatwave, hose pipe water is freezing cold and many mums have had to come to the rescue with a bucket or two of hot water from inside.

Dee Dee shared the paddling pool hack on her page, demonstrating how she uses a Lay-Z-Spa hot tub heater attached to a filter system to keep it warm.

In a follow-up video, the mum explained that the filter isn’t plugged in because the heater does all the work, and so they just cut one of the pipes to make it fit.

People rushed to defend the NHS worker saying ‘you only live once!’

Dee Dee’s idea has since gone viral, amassing thousands of comments from the online community.

Many people love the idea and have said they’re going to try it themselves, with one writing ‘Brilliant idea.’

‘That’s a great shout! I have this pool and have tried using the solar mats but they are useless,’ said another, while a third added ‘That’s thinking outside the box, I like it.’

‘Omg thank you so much, so glad I seen this tiktok. I’ve just attached ours to our pool,’ someone else wrote.

However, the overwhelming consensus among commenters is the concern about what impact this could have on Dee Dee’s electricity bill.

Some people were unimpressed by the cost of the idea, but UK Mum DeeDee laughed it off with a couple of emojis

As the UK plunges into a cost of living crisis, after the biggest jump in domestic energy bills in living memory came into effect in April, leaving families facing further financial struggles.

People have spoken out against the massive spike in their electricity bills after Ofgem raised the price cap in the average home from £1,277 to £1,971.

With this in mind, many TikTokers shared their own experiences with the Lay-Z-Spa heating system, although the prices they claim to pay vary drastically. 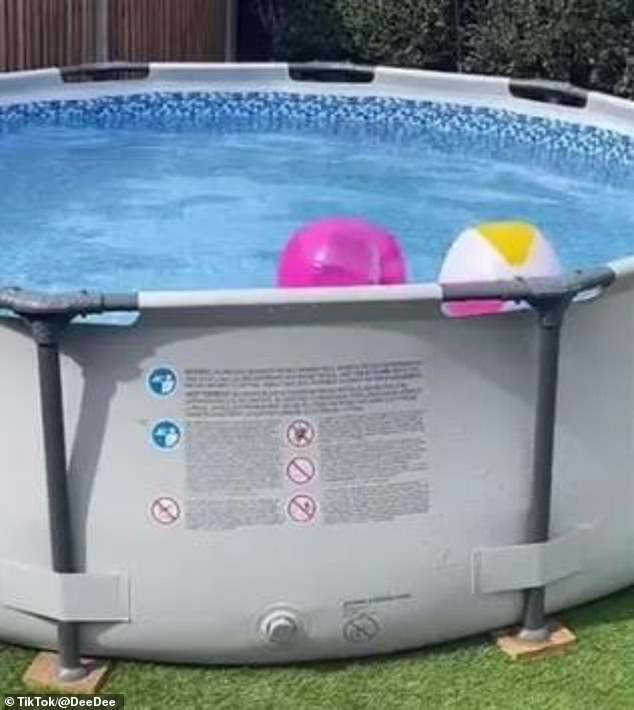 The lazy-spa hack caused a heated debate online, but the kids were ‘happy’ with their 30 degrees paddling paradise

’30 degrees in five days and a massive wad of cash,’ another added.

A third said ‘It cost me £16 to get my lazy spa up to heat, used to be £8 and that’s with a the top on it. God knows how much that’s costing you. Better sell a kidney.’

However users rushed to defend the Mum saying ‘All of you having a go about her electricity bill, you only live once, enjoy life!’

According to the hot tub company’s website, the estimated running cost of a Lay-Z-Spa is now around £7 to £10 a week.

These estimates are based on an average-sized hot tub that’s used about three or four times a week for 30-45 minutes.

As it stands, the average electricity costs per kWh in the UK are estimated to be at just over 23p.

Lay-Z-Spa Cancun tub, for example, is 2.05 kWh – so if you’re using it to heat a swimming pool you’re going to need to run it for longer.

Say you had it going for three hours – the amount Dee Dee said she has it on per day when her family are using the pool – this would set you back just over 94p.