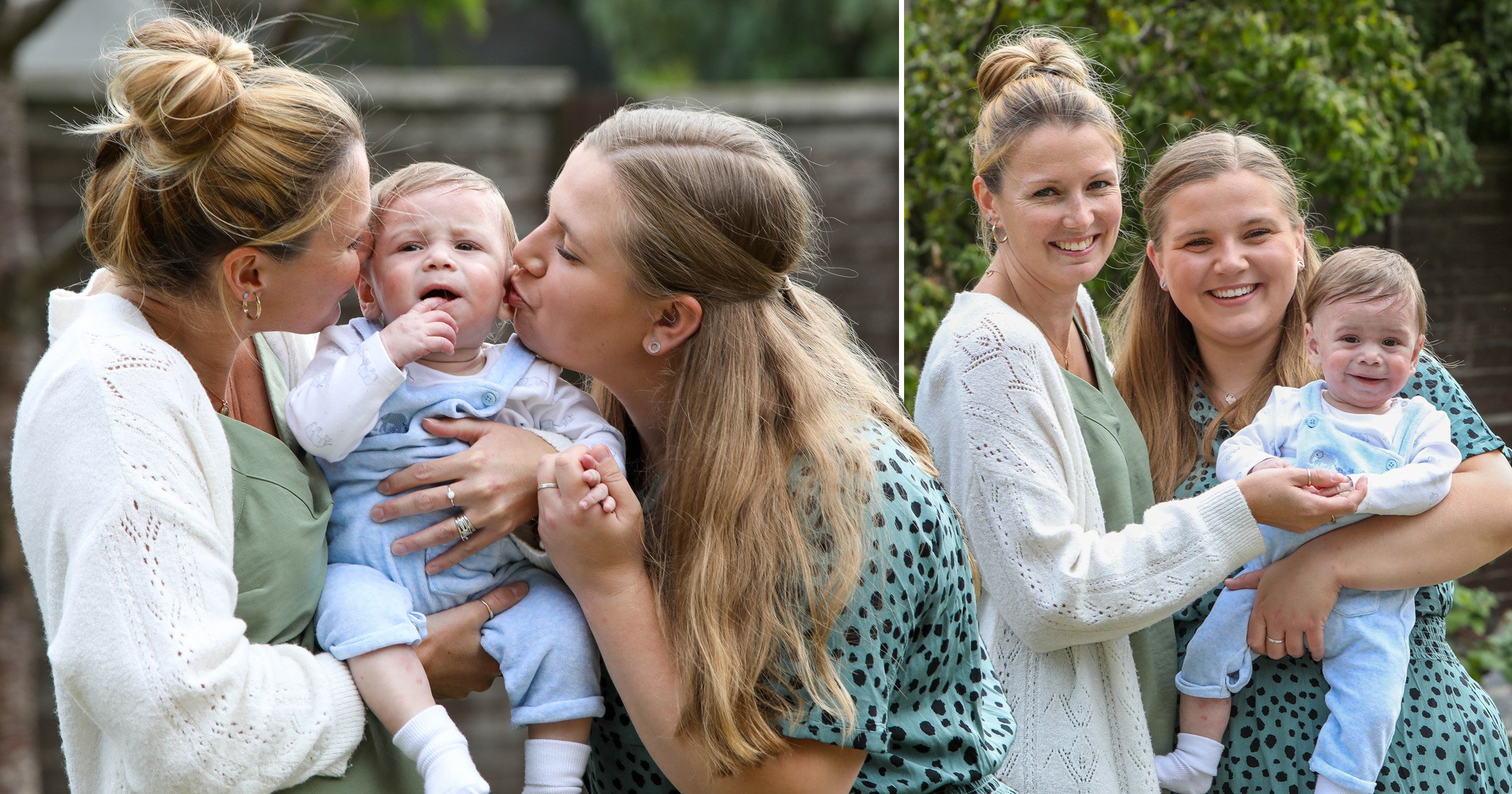 A mother is forever grateful to her best friend who donated part of her liver to save her baby’s life.

Tommy would have died without a liver transplant, doctors had warned.

When he was just six weeks old, Tommy was diagnosed with neonatal hemochromatosis – a rare condition that causes excess iron to build up in the liver and other parts of the body.

Lauren Beckett, 25, put out an urgent appeal for her son, which saw more than 200 people put themselves forward as potential donors.

Unfortunately, none of these people turned out to be a positive match.

Amazingly, Lauren’s best friend Kayleigh Taylor stepped up and offered to donate her liver after testing positive as a donor match.

Kayleigh and Tommy underwent surgery in December 2021, with little Tommy spending eight hours in the theatre.

Miraculously, the surgery was a success and, nine months on, Tommy is healthy and Lauren and Kayleigh’s six-year friendship is stronger than ever.

Both Lauren and Kayleigh – now known as Aunty Kayleigh thanks to her selfless donation – can’t talk about the situation without tearing up.

Civil servant Lauren, who lives in Bedfordshire, with fellow civil servant Callum Harknett, 22, said: ‘Without Kayleigh, Tommy would have died. Before the transplant, they didn’t even think he was going to be strong enough for the surgery. It was really scary.

‘Now, they’re both absolutely fine, and Tommy is doing so well, all thanks to Kayleigh.

‘It doesn’t feel real. She saved him, and I will never be able to thank her enough.

‘It was the hardest thing to ever go through and, without Kayleigh, I wouldn’t have my little boy.’

Over in Suffolk, payroll clerk Kayleigh and her 44-year-old husband Gary – along with their children, Evie 11, and Zach, 10 – say Lauren’s family have showered her with gratitude, but they don’t have to thank her.

She said: ‘The connection I have with Tommy is something I’ve never felt before. It’s not something I have with my own children – it’s a totally different feeling, like an overwhelming need to protect him.

Lauren held Kayleigh’s hand for the tearful trip down to the theatre.

Kayleigh recalled that the theatre was enormous and there were people everywhere.

‘My head was all over the place, I was just sobbing and begging them to look after Tommy. The anaesthetist said the first thing I did when I woke up was ask if Tommy was OK,’ she said.

Doctors took part of Kayleigh’s liver from the left side and cut it to size to fit into tiny Tommy’s body.

During the stressful day, Lauren’s ‘heart dropped’ every time she got a phone call that day – but it was always good news.

She said: ‘Seeing Kayleigh out of the theatre was a huge relief. I did think she would be fine, in that she was healthy before surgery, but there’s always that fear and I was so relieved to see her after.’

Tommy had been severely unwell when he was rushed in for the transplant.

After a normal pregnancy and birth, doctors noticed Tommy was suffering from jaundice and low blood sugar just 12 hours after he was born, on October 31, 2021.

He was moved to the NICU ward of Luton and Dunstable Hospital before being transferred to Great Ormond Street Hospital at three days old.

Doctors thought he could have a twisted bowel, but he was moved to King’s College Hospital as it became clear his liver was in trouble.

That night, Lauren called Kayleigh in floods of tears.

‘I wasn’t calling her to ask her to be a donor – I was just overwhelmed and scared and I needed somebody to cry to,’ she said.

But Kayleigh wanted to help. She spent all night researching if she could be a donor despite having Gilbert’s syndrome – which affects your liver – and then booked in for tests.

Kayleigh went in for blood tests, a CT scan, and an MRI scan. It seemed promising that she was a match, so she was put on standby for the transplant while they waited for her test results.

Sadly, Tommy rapidly declined and was in urgent need of a new liver, so the doctors asked if Kayleigh would be happy to go ahead with the transplant before the final results came back.

Kayleigh said: ‘To me, it wasn’t really an option. I just thought how can anybody not consider it?’

‘I ran it past my family, but it wasn’t an option in my eyes for them to say no. It was my decision and I felt there was no option for me not to do it. I wasn’t going to have anything happen to Tommy if I could help it.

‘Even on the day of the transplant, we didn’t know if I was definitely a match, but the doctors were happy enough that I was probably a match from what they could see from the tests that had come back.’

Tommy will be on immunosuppressants for the rest of his life so his body doesn’t reject Kayleigh’s liver.

But the little trooper is hitting milestones that doctors didn’t think he would – after his difficult start to life.