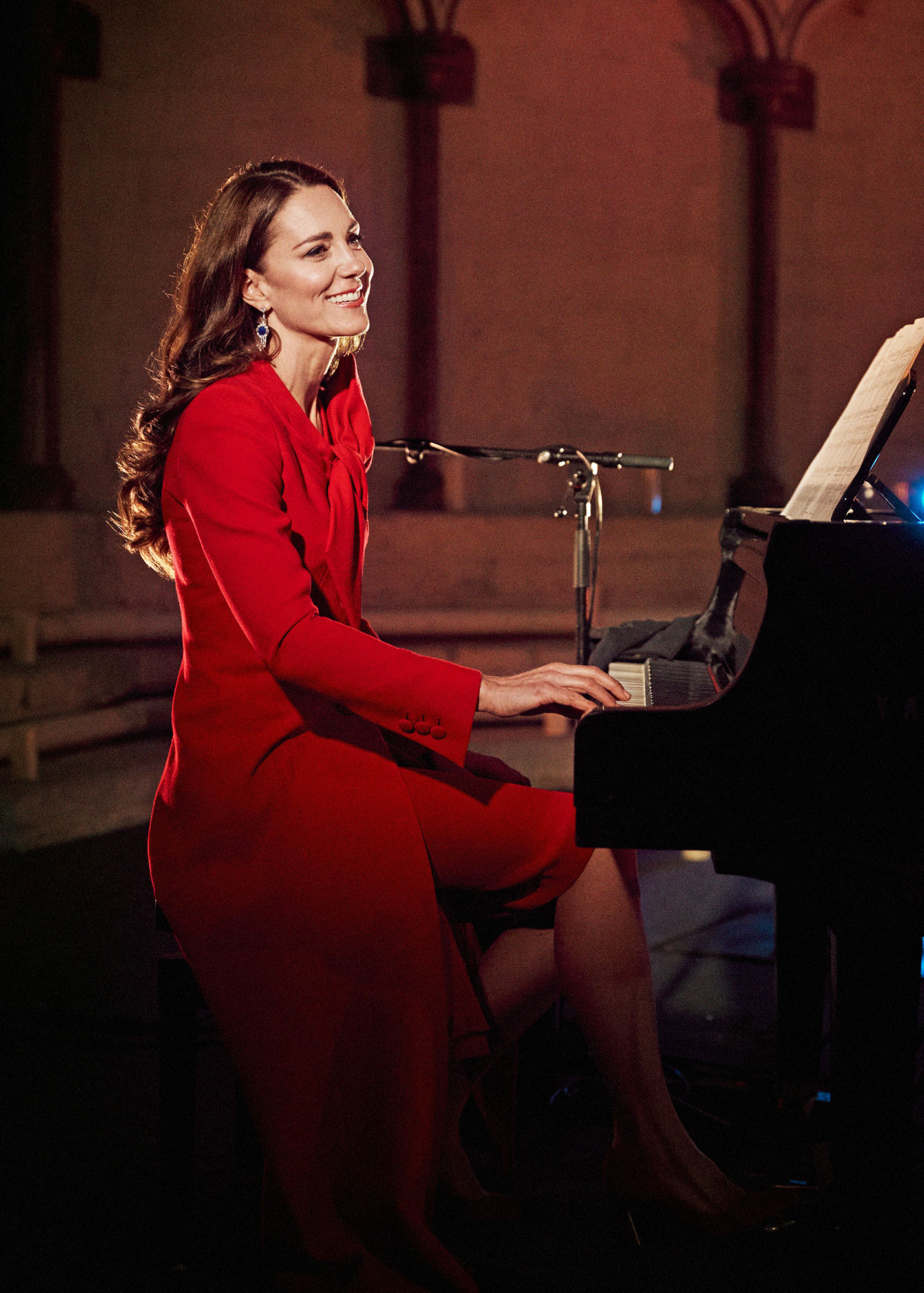 Showcasing her talent! Duchess Kate rang in the holiday season by playing the piano during the Royal Carols: Together at Christmas concert on Friday, December 24.

Kate, 39, by Tom Walker for a performance of “For Those Who Can’t Be Here.”

A post shared by Duke and Duchess of Cambridge (@dukeandduchessofcambridge)

The TV special, which was broadcast in the U.K., was filmed earlier this month at the Westminster Abbey. The church was previously the setting for the Duke and Duchess of Cambridge’s 2011 nuptials. The duo, who tied the knot after eight years of dating, have since welcomed Prince George, 8, Princess Charlotte, 6, and Prince Louis, 3.

Ahead of the concert broadcast, Kate reflected on the importance of coming together to celebrate Christmas as a community.

“We’ve been through such a bleak time. We’ve seen so many challenges. We’ve lost our loved ones. We’ve seen our frontline workers under immense pressure. And also we’ve been more emotionally and socially distanced and isolated from each other,” Kate said in a video shared via the Cambridges’ official Twitter count on Thursday, December 23. “But I suppose through that separation, we’ve also realized how much we need each other and how acts of kindness and love can really bring us comfort and relief in times of distress.”

The Duchess of Cambridge added: “In the congregation tonight we’ve got many inspirational individuals. We owe them a huge debt of gratitude for all they’ve done in bringing people together and supporting their communities.”

The Royal Carols: Together at Christmas holiday celebration comes after Us Weekly confirmed that Queen Elizabeth II canceled her holiday plans at Sandringham due to a surge in positive COVID-19 cases. The monarch, 95, is still set to spend Christmas Day with Prince William, Kate, Prince Charles and Duchess Camila at Windsor Castle.

The queen previously altered her holiday plans in 2020 due to COVID-19. Despite the shift for the second year in a row, it’s likely the royal will be in good spirits when she sees her family, with a source exclusively telling Us earlier this month how “absolutely delighted” Kate and William’s children will be to see their great grandmother again after almost a year.

According to the insider, the kids “spent hours picking out their own festive gifts for [the queen], and Charlotte and George made her paintings of The Christmas Story in art class at school.”

At the time, the source also noted that William and Kate were “looking forward to starting fresh” in 2022, saying, “We’ll be seeing a transition of responsibility — they’re taking on additional charity work, attending more events and making appearances. There’s even a royal tour in the works, and of course they’re heavily involved in the Platinum Jubilee.”