Musical rarity Olli Mustonen prepares for a return to Australia

Finnish musician Olli Mustonen has many children, and he loves them all. He gave them life and raised them, but now they are independent adults travelling the world, he says, bringing him pride but occasionally disapproval.

These children are his compositions, for Mustonen is a highly unusual figure in the world of classical music: pianist, conductor, composer and occasional teacher. 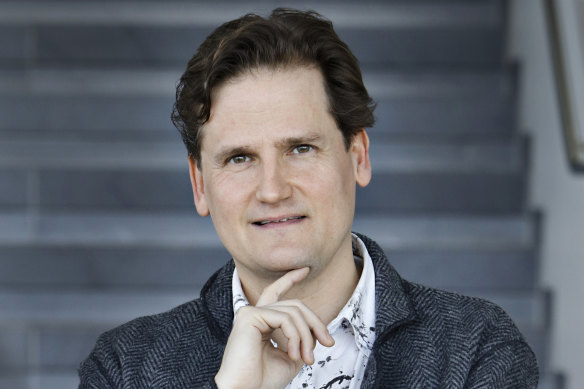 “I’m very close to my children, and I’m proud of them, but I don’t own them. I find it possible that another conductor, another pianist, might have other ideas that are equally good or even better,” he says.

When he disapproves, it is because he has not found the performance convincing, even though it might be technically excellent.

“Sometimes at a concert you can admire that the musicians are so skilled but it doesn’t move you, and next week you will scarcely remember it. Or you can go to a concert where many things go wrong but somehow it’s earth-shattering. You don’t feel you have been sitting in a chair for two hours – you have been somewhere with the players and when you come back you are not the same person anymore,” he says.

Mustonen begins his 10th tour of Australia this week, this time with the Australian Chamber Orchestra, and he is bringing one of his children – his piano quintet. On this visit he will be composer, conductor and soloist, plus teacher in a Melbourne masterclass. 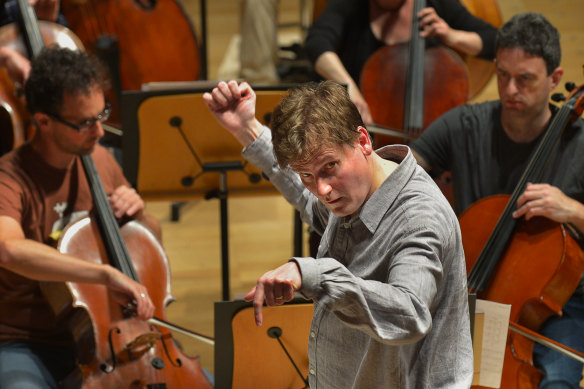 Is this combination rare? It’s unusual now, but not in the past, he says, citing 20th century German violist, conductor and composer Paul Hindemith, who simply called himself “musician”. So does Mustonen.

The most noted example would be Johann Sebastian Bach, “who could play masterfully any instrument he touched, so we are all limited compared to Bach”. Now 55, Mustonen has been playing and composing for half a century.

The most exhausting of the four roles is teaching, Mustonen says. “I always feel I learn a lot myself when teaching, verbalising the things you do. You work at different levels – the grand level, the poetic, down to small technical details, looking at the music through a microscope. It’s a relief going on stage again.”

But the roles are each very different. Recitals can be lonely, travelling from city to city, whereas conducting and chamber music are much more social. “You are interacting with people, and I love that and am very inspired. It can be risky because sometimes the interaction is not easy, and playing a solo recital is wonderful because you are not dependent on interaction with others.”

Mustonen tends to compose at home in Finland over summer, especially if he has a large commission. He loves the wilderness – there are bears and wolves in the forest beside his property next to a lake in the shape of Australia – and he can work relatively undisturbed.

Composing is partly a very conscious and active process, but sometimes he feels that the composition is being born, and he is discovering it.

This might sound mystical, he says, but every composer knows that sometimes the work has its own will. “Sometimes you can write something, and it’s a great effort and you think it’s very cleverly done, but it doesn’t really work. It can be tough because you’ve done a lot of work but then you have to throw 10 pages in the dustbin and rewrite.”

Mustonen nearly always writes the end of a piece quite early, even though he doesn’t yet know what will happen in between. And, because composers always get stuck sometimes, he writes several spots at the same time and just continues where it flows. “It’s unlikely you will get stuck in four places at the same time, but you have to trust your intuition as to how it will come together.”

He has a great affection for Australia, and has been visiting for some 30 years. He met ACO director Richard Tognetti through a mutual friend, cellist Steven Isserlis, and the pair instantly became strong friends. “We immediately struck such an inspired collaboration, and then I collaborated with other orchestras too, fantastic orchestras like the Sydney Symphony and the Melbourne Symphony Orchestra.”

His music is played frequently in Australia, especially by the ACO. “I hear quite a lot that my children, my compositions, they are busy there. I am very grateful that Australia is warm and friendly to my music, and I love Australia very much.”