What the Popstars did next: As Myleene Klass shares throwback snap of Darius Campbell Danesh with their fellow contestants, Femail looks at their varied paths from converting to Orthodox Judaism to a cameo in Gavin & Stacey

Myleene Klass has paid tribute to her friend and fellow musician Darius Campbell Danesh with a throwback photo of their time on Popstars.

The 41-year-old singer was found dead in his apartment in Rochester, Minnesota, US yesterday. His cause of death is currently unknown.

Darius rose to fame on the first series Pop Idol, where he placed third behind winner Will Young and runner up Gareth Gates.

But just a year earlier in 2001 he had crashed out of another reality TV show, Popstars, where he had become friends with Myleene and other stars.

The show put together a band, Hear’Say, from the winning five contestants. Another band, Liberty X, was formed by five of the runners-up.

Here, FEMAIL takes a look at the careers of Darius’s former co-stars and where they ended up. 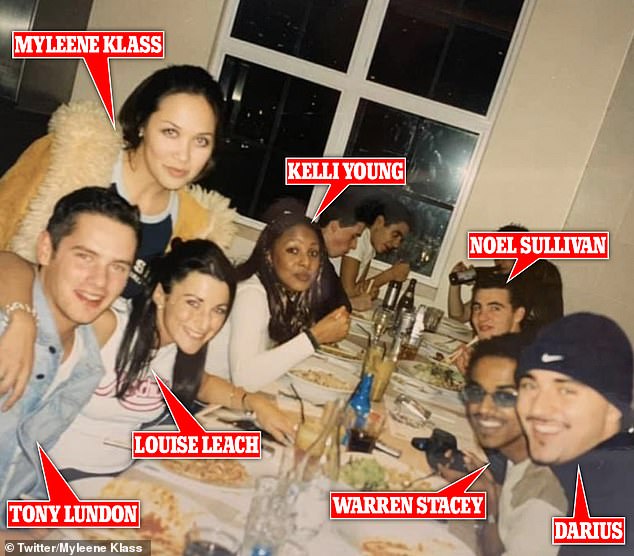 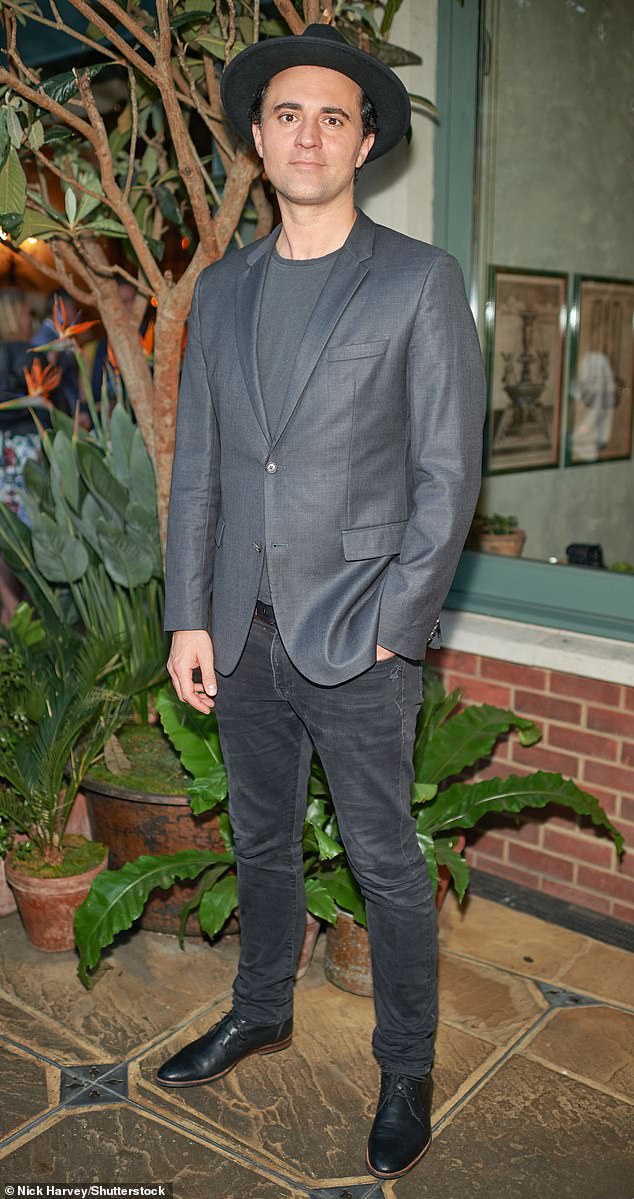 Darius Campbell Danesh’s family announced his sudden death at the age of 41 after his body was found in his apartment in Minnesota, US

After crashing out of Popstars, Darius entered the first series of Pop Idol where he finished in third place

Glasgow-born singer Darius auditioned for Popstars in 2001, where he failed to impress judges Nigel Lythgoe, Nicki Chapman and Paul Adams with his rendition of Baby One More Time.

However the following year the determined singer tried again and auditioned for Pop Idol, fronted by presenting duo Ant and Dec.

This time, he managed to wow the judges Neil Fox, Nicki Chapman, Pete Waterman and Simon Cowell and made it all the way through to the live shows.

After reaching the final, Darius lost out to winner Will Young and runner up Gareth Gates – and his success in the competition launched a solo career.

Under the name Darius, he recorded two studio albums, Dive In and Live Twice, with both reaching top 40 in the UK Albums Chart.

His debut single, Colourblind, was released in July 2002 and went straight to number one, marking the start of a run of top 10 releases.

The Scottish performer went on to forge a successful theatre career, appearing in Chicago as Billy Flynn in two runs of the production, as well as Guys And Dolls, Gone With The Wind and more in the West End.

He also made friends with several famous faces including fellow Scot Gerard Butler, with whom he was pictured just days before his death. 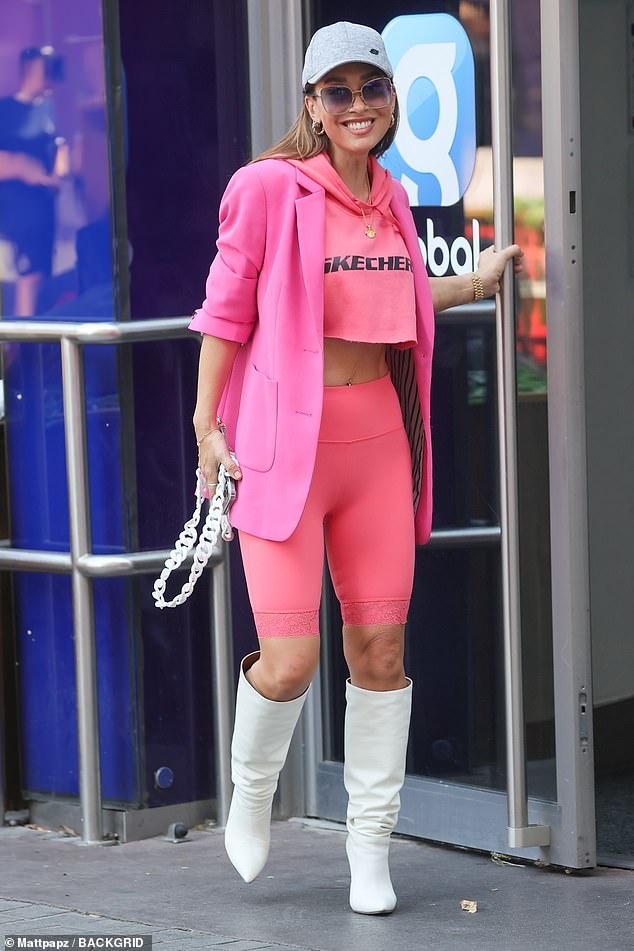 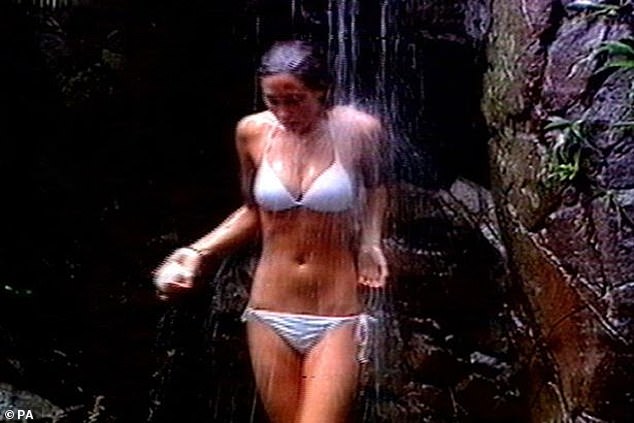 During a stint on I’m a Celebrity… Get Me Out of Here! Myleene wowed viewers with her trim figure as she showered in a white bikini 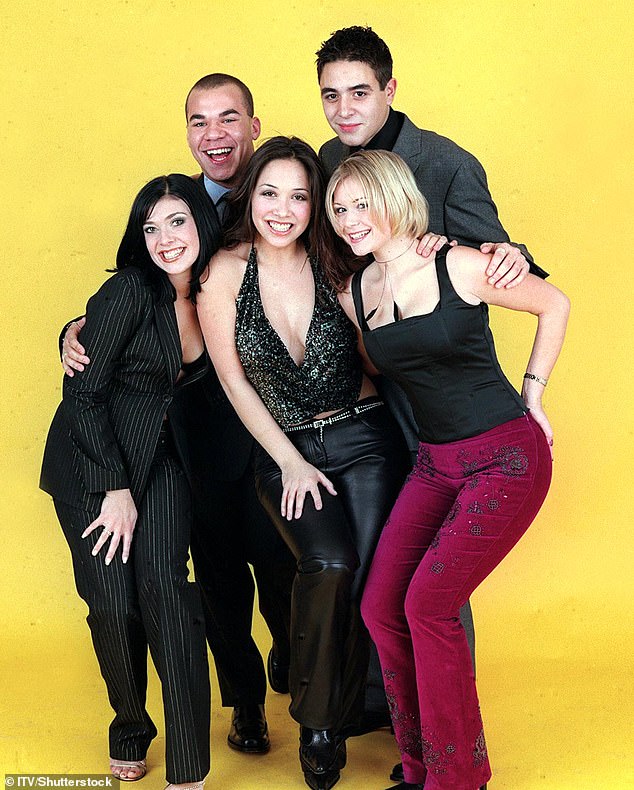 Myleene Klass, 44, has enjoyed perhaps the most successful career of her Popstars pals since the show ended.

After earning herself a place in winning band Hear’Say, she had four top 10 singles with Kym Marsh, Suzanne Shaw, Noel Sullivan and Danny Foster before the five went their separate ways after just one year together.

Following on from the split, singer and talented pianist Myleene embarked on a solo classical music career, releasing albums in 2003 and 2007.

In 2006, she became a campmate on I’m a Celebrity… Get Me Out of Here!, and soon became known for an infamous scene in which she showed off her trim figure in a white bikini.

Since leaving the jungle Myleene has turned her hand to presenting, becoming the host of 10 Years Younger in 2008.

She has also hosted several BBC shows over the years including The One Show, before quitting to focus on motherhood.

An avid classical music fan, Myleene hosts a Sunday morning breakfast show on Classic FM from 10am until 1pm.

She also presents the 4pm-7pm slot on Smooth radio on Saturday afternoons.

The pair met in 2000 when he was working as her bodyguard and married in 2011. However just two years later, they split after Graham walked out on her 34th birthday.

Speaking to The Mirror in 2015, Myleene said she had to ‘toughen up’ following the split, adding she was ‘a different person’. 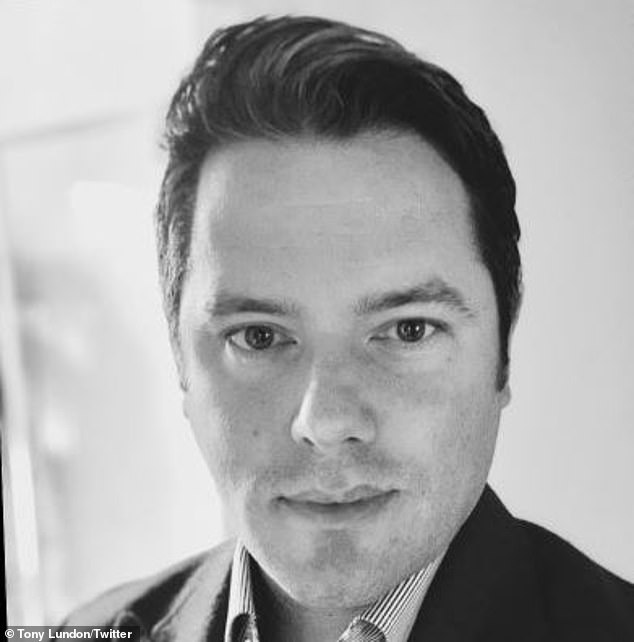 Tony Lundon, 43, from Galway, runs his own production company 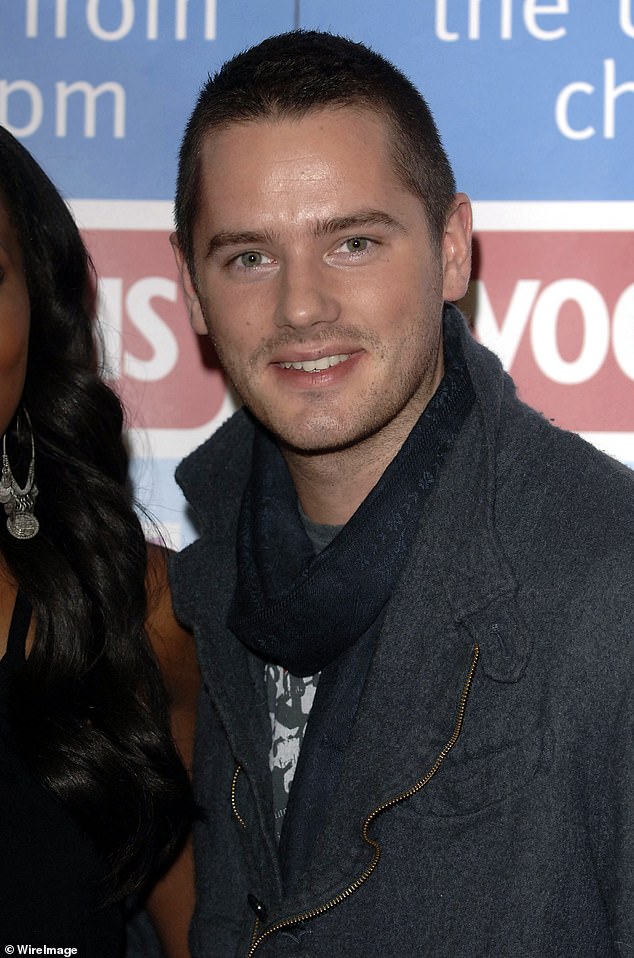 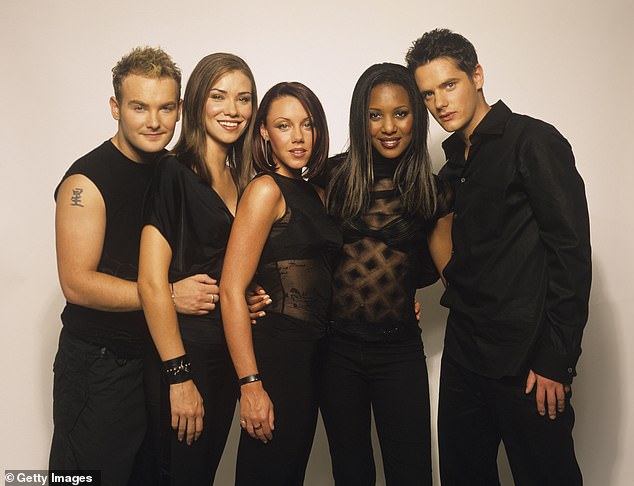 Tony Lundon, now 43, became one-fifth of Liberty X after missing out on a spot in Hear’Say.

However, despite being a band comprised of runners-up, Liberty X stayed together much longer than Hear’Say before splitting up in 2006.

Since the band went their separate ways, Tony, from Galway, returned to Ireland where he landed presenting gigs on TV network RTÉ Two, fronting a quiz series called TOAST.

In 2010 Tony went stateside and studied film in New York City, before returning to the UK to establish his new production company, The Cell Productions in 2012.

The show saw other nineties and noughties pop bands including B*Witched and 5ive reunite to rehearsed for a one-night gig at the Hammersmith Apollo in London.

In his personal life, Tony has been married to his long-term partner Kelly Ann Leatham since 2010. 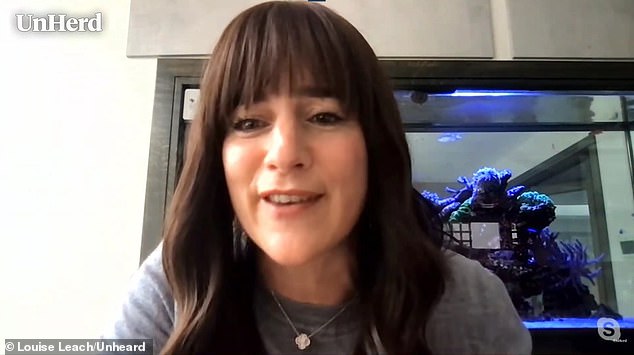 Following her graduation, Louise agreed with her parents she would spend a year auditioning to try and find stardom before getting a ‘proper job’.

Speaking on an UnHerd podcast, she said: ‘Every girl who liked to sing and dance wanted to be the next ‘Spice Girl group.’

After initially having an unsuccessful ITV audition for a different role, Louise said she had a call from a network producer who wanted her to audition again for Popstars.

She went back to audition once more and reached the final 20 of thousands of applicants before being sent home from the competition.

Since Popstars ended, Louise has rediscovered her Orthodox Jewish faith, which she claimed she had started to lose as a young adult.

After receiving an invitation to celebrate The Sabbath in Golders Green, North London, with an Orthodox family she had never met, Louise said she became immersed in the faith.

However, having joined a band after her success in Popstars, which was close to being signed by a record label, Louise said she had to sacrifice her dreams of stardom – largely because she would no longer be able to work on Friday and Saturday for religious reasons.

Now Louise runs a dance school, Dancing with Louise, based in north London and teaches a total of around 800 children every week.

She is also a Zumba instructor, running classes both in-person and online. 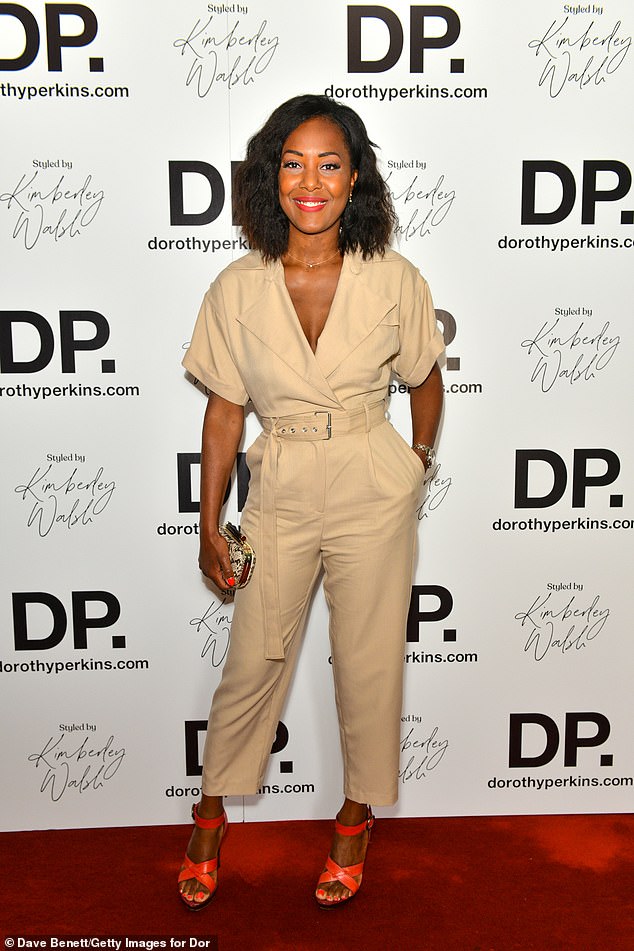 Kelli Young, 40, has become a mother and rejoined with her former bandmates to tour as a version of Liberty X 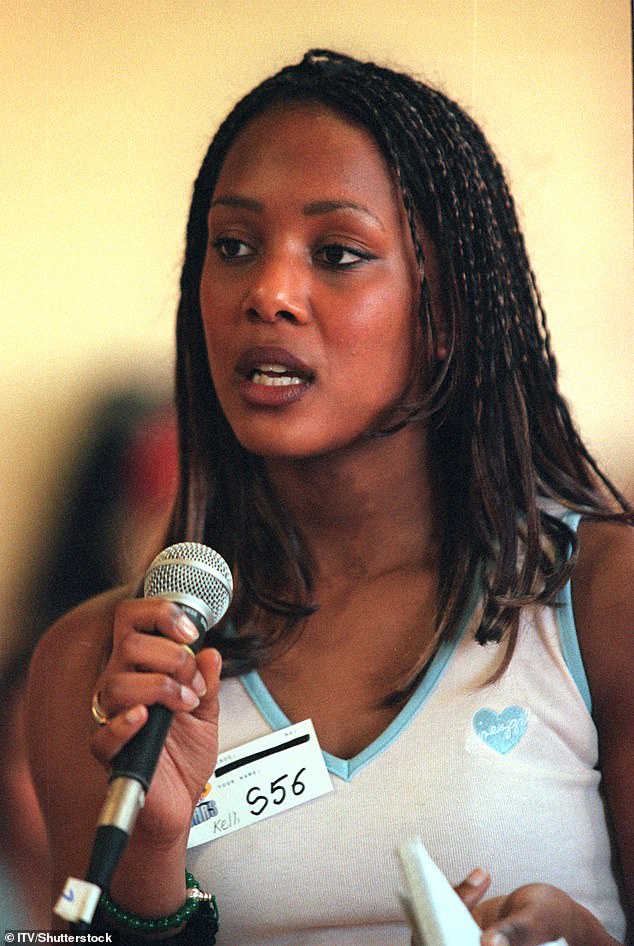 Kelli Young did not make it into the winning Popstars band, Hear’Say, but she instead fronted the runner-up group Liberty X 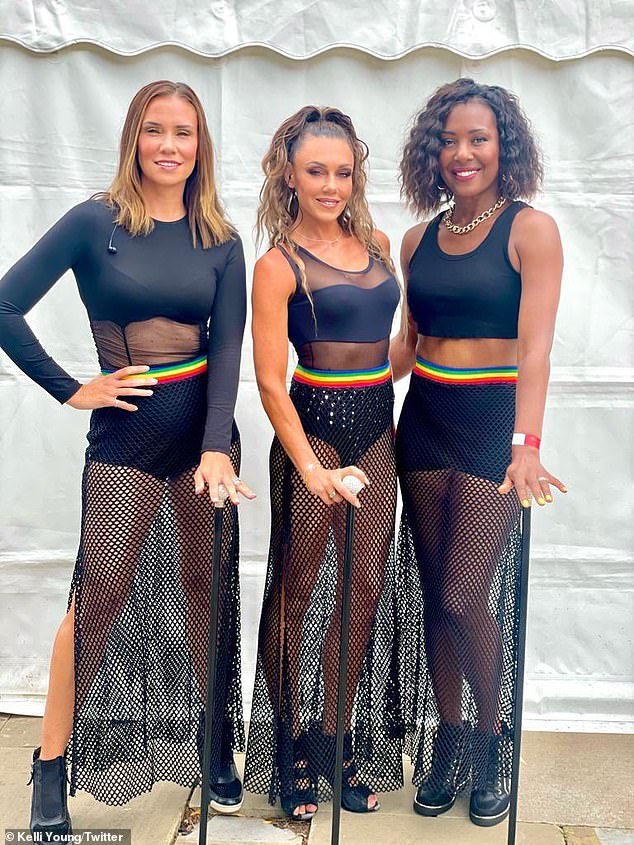 The band, which had eight top 10 singles over five years together, was originally called Liberty which was meant to represent the freedom the bandmates enjoyed after the show had finished.

However they were forced to rebrand as Liberty X when a 1990s R&B boyband, also called Liberty, began a High Court battle asking them to drop their name.

When a judge ruled in favour of the 1990s band, Kelli’s group asked readers of The Sun newspaper to help rename them – and they later became known as Liberty X.

After the band split in 2006 and many members embarked on solo careers, Kelli joined up with bandmate Jessica Taylor to form a new group, Danger Minx.

When fans noticed the group didn’t include their other former bandmate Michelle Heaton, Kelli denied she and Jessica had fallen out with her.

She insisted that Michelle was only excluded from the band because she had moved to Ireland.

In her personal life, Kelli is a mother to twins, who she welcomed in 2012 with her husband Iain James, former member of Triple 8.

Although Iain is no longer in the spotlight he has penned top hits for bands including Little Mix and One Direction.

Since 2017, Kelli has rejoined with bandmates Jessica Taylor and Michelle Heaton to tour as a trio, performing at Pride events around the UK.

In April this year Michelle posted a photo on Instagram of the three ladies dressed up in outfits that harked back to the music video for Liberty X hit, Just a Little. 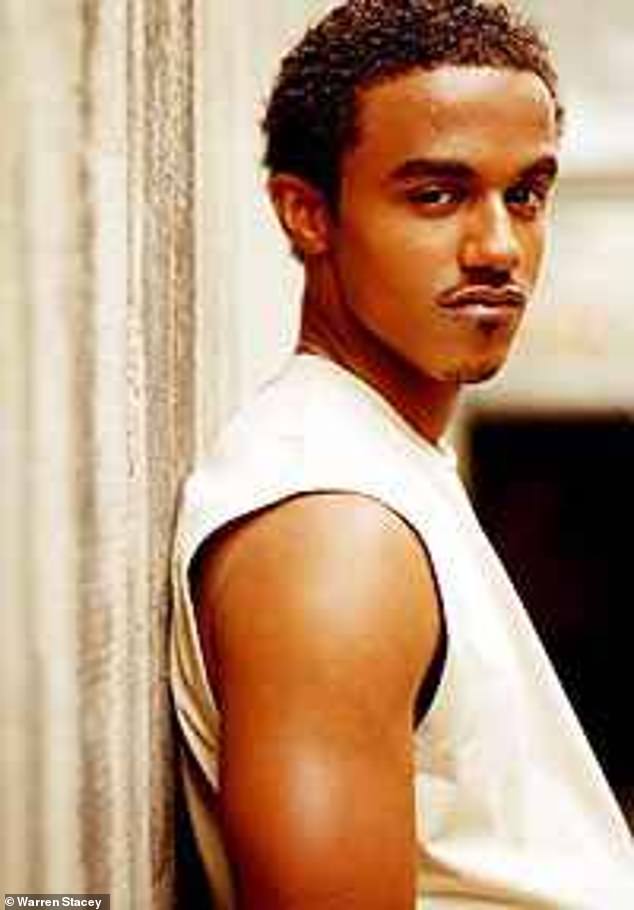 Following his exit from Popstars, Warren Stacey was signed to DefJam records and toured with Destiny’s Child 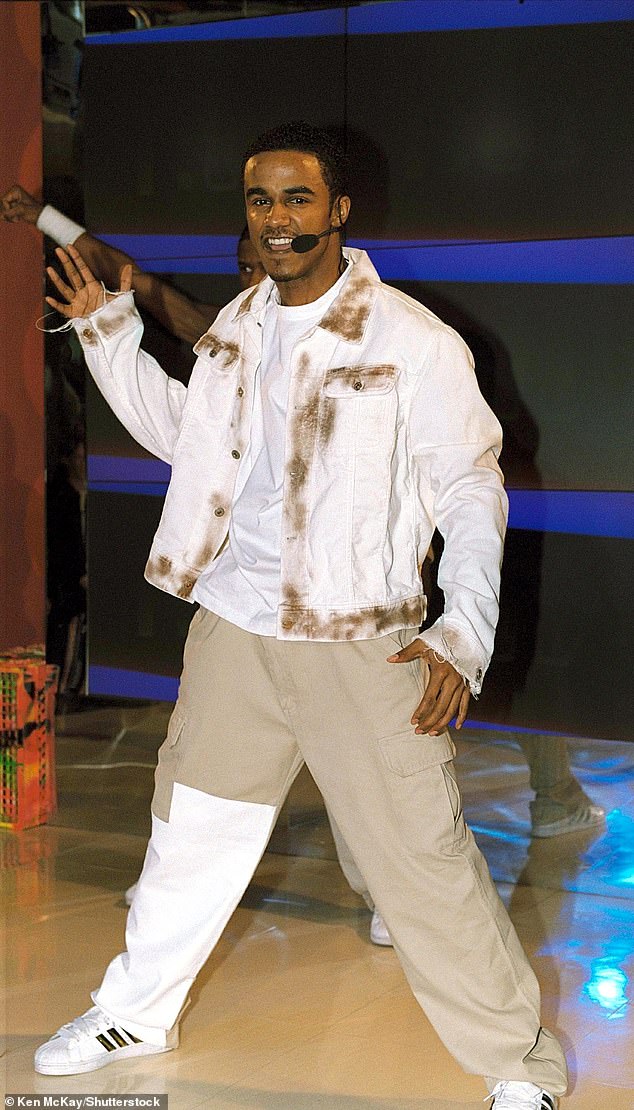 Warren Stacey, 43, born Warren Jituboh, was working in his local Natwest branch when he auditioned for Popstars in 2001.

The London-based singer wowed judges with his rendition of Angels by Robbie Williams.

He made it through to the boot camp stage of the competition where he shook things up by performing a hymn for judges, rather than a pop song.

Warren butted heads with ‘Nasty’ Nigel who told him the winning band would not be performing pop songs.

Still, he made it through to another day of boot camp before eventually being sent home on day four.

Despite crashing out before the live shows Warren was signed to Def Jam records – which had previously signed Snoop Dogg – as a solo artist and he jetted off to LA to record his first single, ‘My Girl, My Girl’.

Although the single only made it to number 26 in the charts, Warren showed promise and supported Destiny’s Child on the UK leg of their tour in 2002.

In an interview with Designer Magazine, Warren said his love of singing began when he joined his church choir as a child.

Since his solo career ended, Warren has kept out of the spotlight and appears to be living a quiet life. 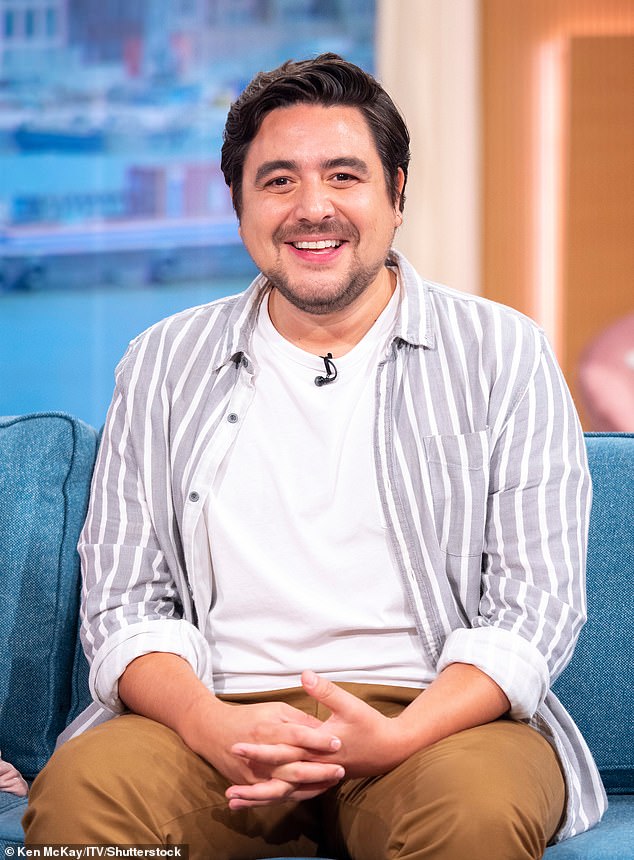 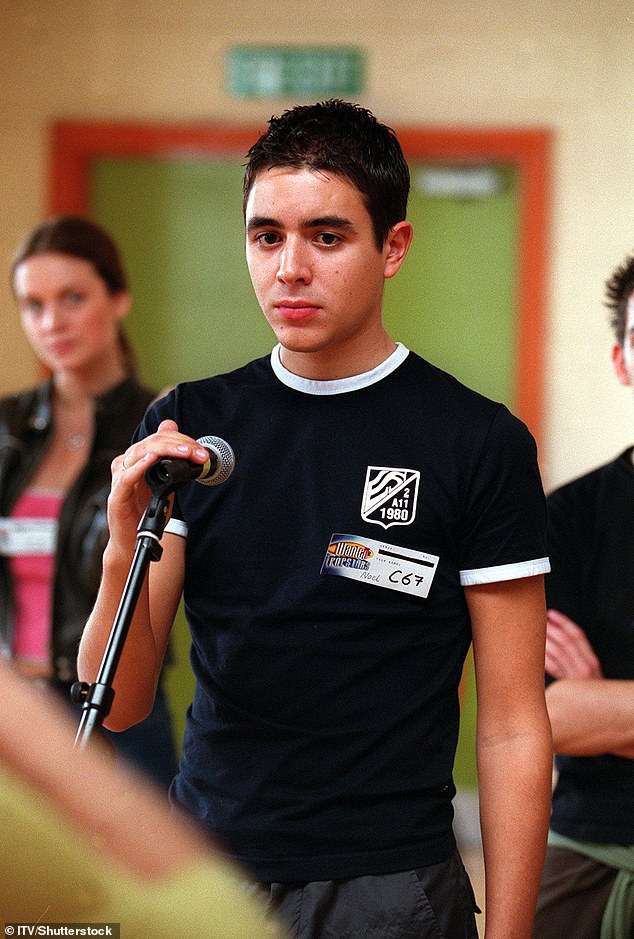 Noel Sullivan, 41, earnt himself a place in the winning Popstars band, Hear’Say.

At the time of auditioning, the then 19-year-old was working part-time as a waiter in Cardiff, but when he learnt he had been successful he gave up his job and moved to London.

However, when Hear’Say split after just a year together Noel’s career took a different path.

Among his most notable roles was playing Danny Zuko in a production of Grease a the Jersey Opera House, starring alongside Claire Buckfield as Sandy.

Comedy fans were also delighted to see Noel pop up with a cameo role in BBC hit Gavin and Stacey, where he played himself.

Cast as a friend of Ruth Jones’s Nessa, he played cards with the character’s father, Neil, and husband-to-be, Dave, the night before the wedding.

Although he did not appear in the comedy until its final episode, the script made repeated references to Noel and Nessa’s friendship throughout its three series.

Noel’s other acting credits include The BBC’s Ordinary Lies in 2016 and Years and Years in 2019.

Back in 2017, to mark 50 years since the decriminalisation of homosexuality in the UK, Noel decided to publicly come out on his Instagram account, and announced his relationship with his partner.

In October last year Noel spoke to Metro about his sexuality and his time on Popstars.

When asked about what he had found difficult to process since leaving Hear’Say, he said: ‘I think the hardest [thing] at that age was them hiding my sexuality, being told that if I wanted to be in the band then I couldn’t talk about who I was.

‘It was a very damaging time.’