The ultimate party! The 2022 MTV Video Music Awards was jam-packed with music moments that fans can’t stop talking about.

LL Cool J, Nicki Minaj and Jack Harlow shared the hosting duties for the star-studded event on Sunday, August 28, live from the Prudential Center in New Jersey. From the moment the awards show began, viewers were treated to a fun-filled concert experience — and Us Weekly has the breakdown of the best moments below.

Harlow, 24, kicked off the show — and after rocking out himself — he surprised fans by announcing Fergie, who helped him sing “First Class.” The California native, 47, then transitioned to her iconic 2007 hit “Glamorous” to a roaring crowd. 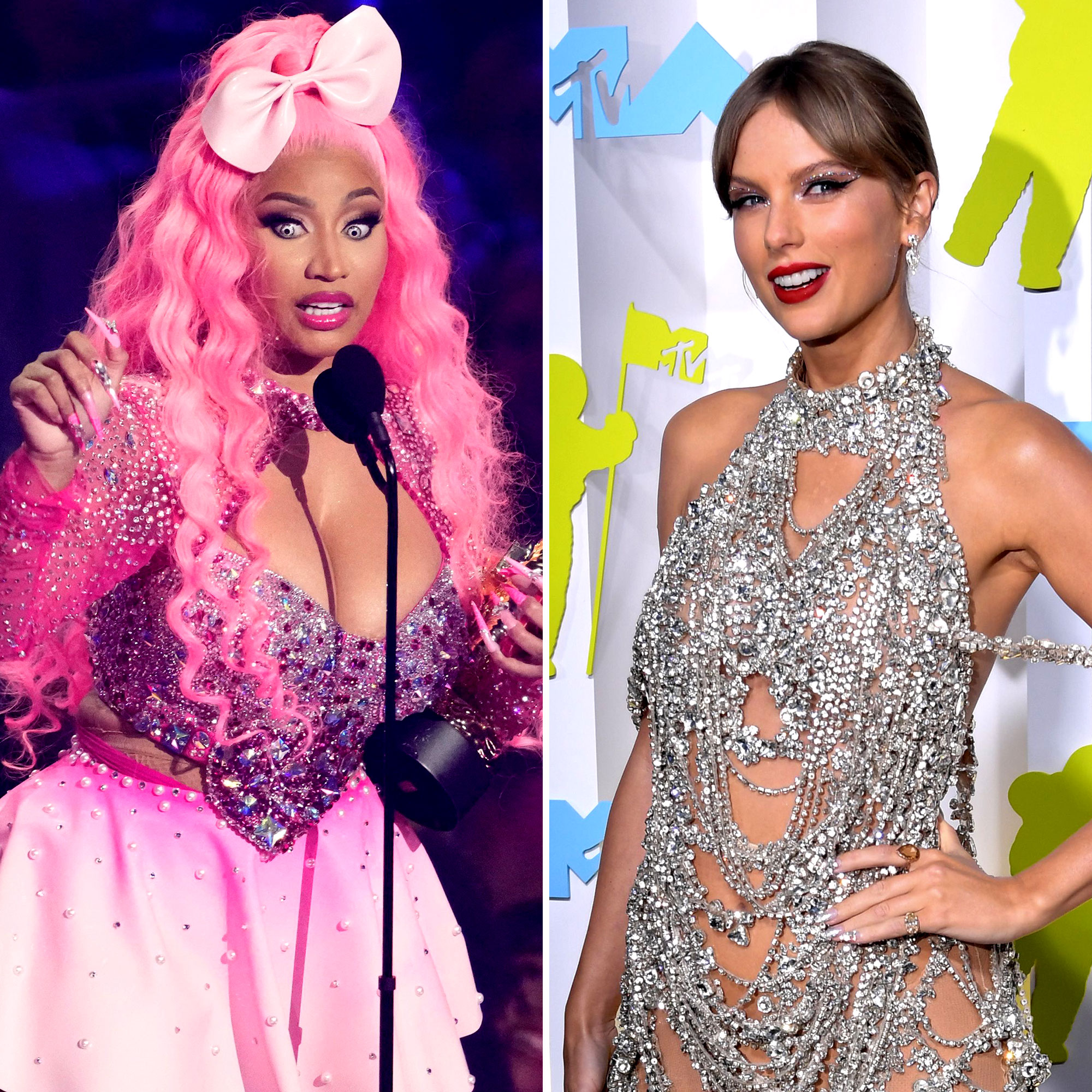 Fergie’s exciting collaboration caused a stir in the audience and prompted Taylor Swift to dance in the stands. Dylan O’Brien and Sarah Ramos, who attended the event with the “Lover” songstress, 32, also joined in on the fun.

The “All Too Well (Taylor’s Version)” singer’s dance moves didn’t stop there. Throughout the evening, Swift — who won the Moonperson for Best Longform Video — stole the show as she sang along to multiple performances, including Lizzo and Minaj’s acts.

The “Exile” musician’s reactions during the awards show were hard to miss — but after winning Video of the Year she made an even bigger splash. Swift announced during her acceptance speech that she has a new album dropping on Friday, October 21.

Trend Alert! See the Stars Who Rocked All-Black at the 2022 VMAs

Minaj, for her part, demanded the audience’s full attention when she took the stage, earning a standing ovation from Swift. The “Anaconda” rapper, 39, performed a medley of her greatest hits and showed off her own sexy moves that pulled viewers in from the first word.

The Trinidadian musician hit the stage before being honored with the VMAs’ Video Vanguard award, joining the ranks of Missy Elliot, Jennifer Lopez, Pink, Rihanna, Beyoncé and Britney Spears, who all share the title.

Following her mini concert, Minaj humbly accepted the award and broke down when her fans cheered so loud she could barely hear herself speak.(She later won Best Hip Hop Video for “Do We Have a Problem?” featuring Lil Baby.)

“Thank you so much. You guys are my baby, but I have a new baby,” she said, referring to her 22-month-old son, whom she shares with husband Kenneth Petty. “His name is Papa Bear. Mommy loves you so, so, so much.”

The Red Hot Chili Peppers also received one of the night’s biggest awards with the Global Icon Award, which they accepted after putting on their own rock show. The band — which later earned the Best Rock Video trophy — honored the late Taylor Hawkins in their speech following the Foo Fighters’ drummer’s death earlier this year at the age of 50.

“There’s another musical icon, global icon — his name is my brother Taylor Hawkins,” Chad Smith said on behalf of his bandmates, Anthony Kiedis, Flea and John Frusciante. “I want to dedicate this to Taylor and his family. I love them, and I miss him every day. Fly on, Hawk. Fly on, brother.”

Check out Us Weekly’s video above to relive the best 2022 VMAs moments — — including Lizzo’s epic clapback against body-shamers while accepting the Moonperson for Video for Good.