It was an office prank worthy of being talked about at the water cooler.

Earlier this month, a desk-equipped raft could be seen floating between Brooklyn and Manhattan.

“We thought the middle of the East River was about as far as you could get from other people in New York City,” Improv Everywhere’s Charlie Todd told The Post.

After hearing about an improvised jazz concert that Tideland held in a sewer tunnel two months ago, Todd reached out to the group’s co-founder, N.D. Austin, about collaborating on a coronavirus-safe stunt.

Using entirely donated and scavenged materials, the organizations created a raft and outfitted it with office furniture, including a battery-powered computer and an actual water cooler.

On Oct. 10, they anchored it off the shore of Dumbo — where it was immediately swarmed by curious jet skiers — before shuttling Improv Everywhere collaborator Jesse Good to his new “office” where he promptly hopped on a Zoom call.

Back on shore, another Improv Everywhere “agent” posed as a NYC Department of Buildings employee and asked amused observers what they thought about the city’s pilot program, which she claimed would build 10,000 floating offices on the East and Hudson rivers by summer.

A construction sign attached to a park fence showed a Photoshopped rendering of the project’s final result. Tideland co-founder Danielle Isadora Butler at one point canoed over a snack selection.

On land, people gawked and laughed. And online, TikTok and Instagram clips of the waterborne work setup went viral.

“A ferry stopped at one point — the captain was leaning out the window, ogling. The fire department stopped, too, and took photos,” said Austin.

“I really felt it spoke to the idea that if you build it, they will come,” said Butler, who was so inspired by her visit to the buoyant bureau that she now has “plans to make one — it was really quite lovely.”

In addition to spreading smiles, both groups hope the stunt inspires New Yorkers to make better use of their waterways.

“Part of the mission of the project is just to remind people that there’s a river. It exists, belongs to us and we can express ourselves on it,” said Todd. 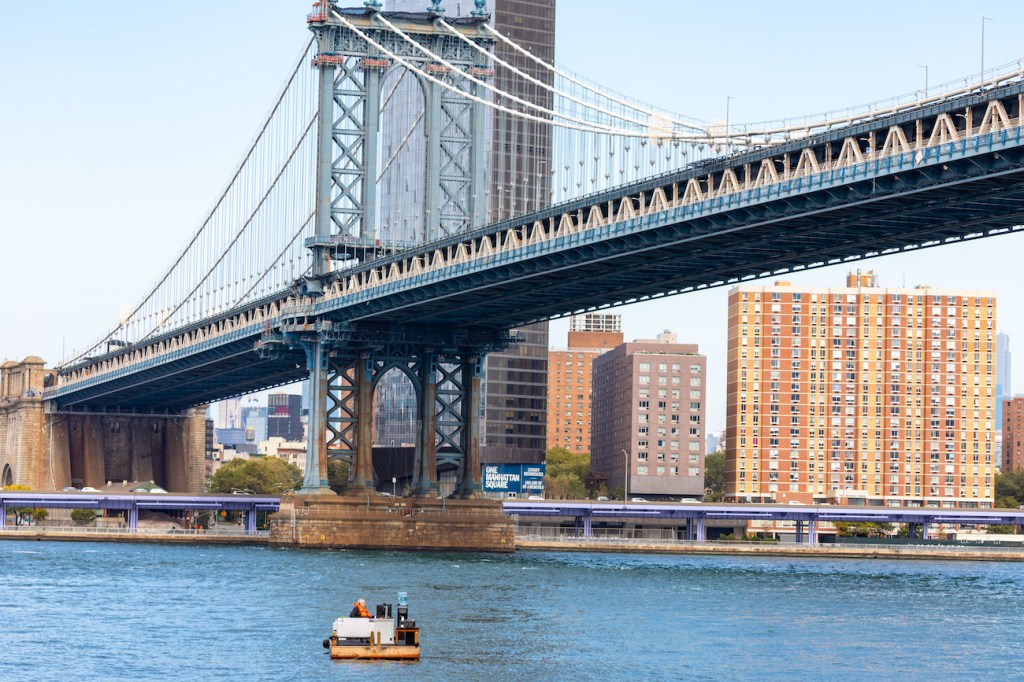 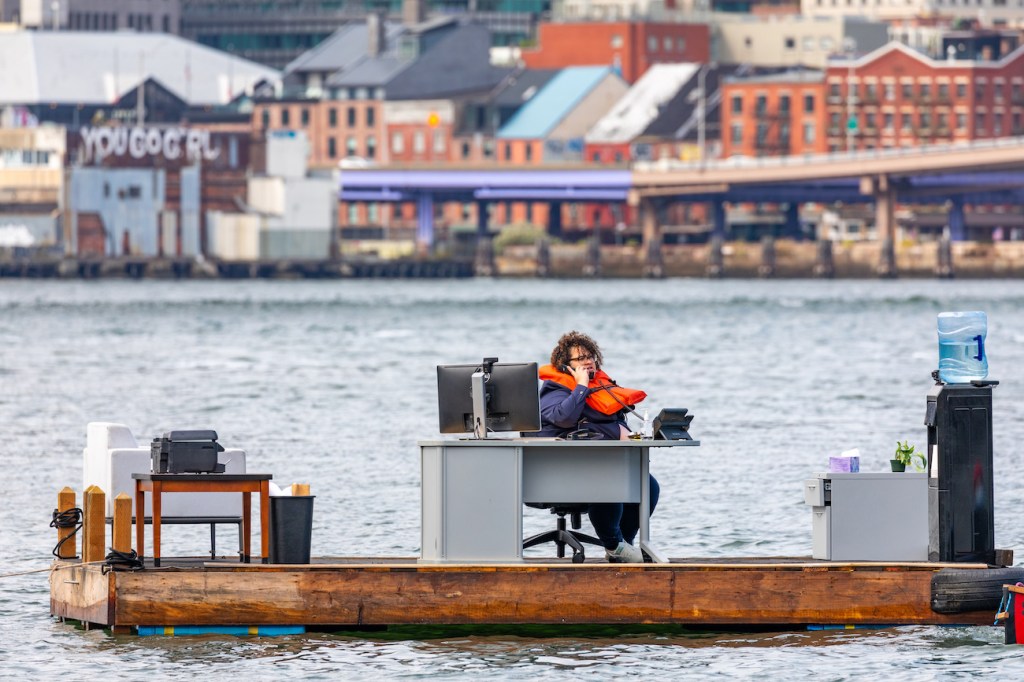 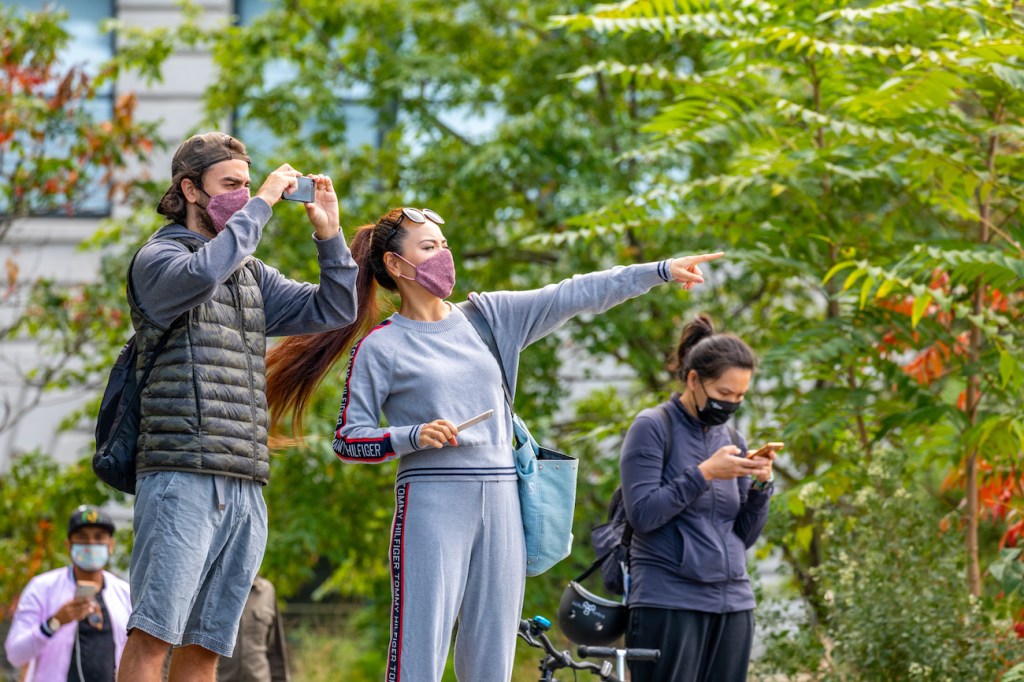 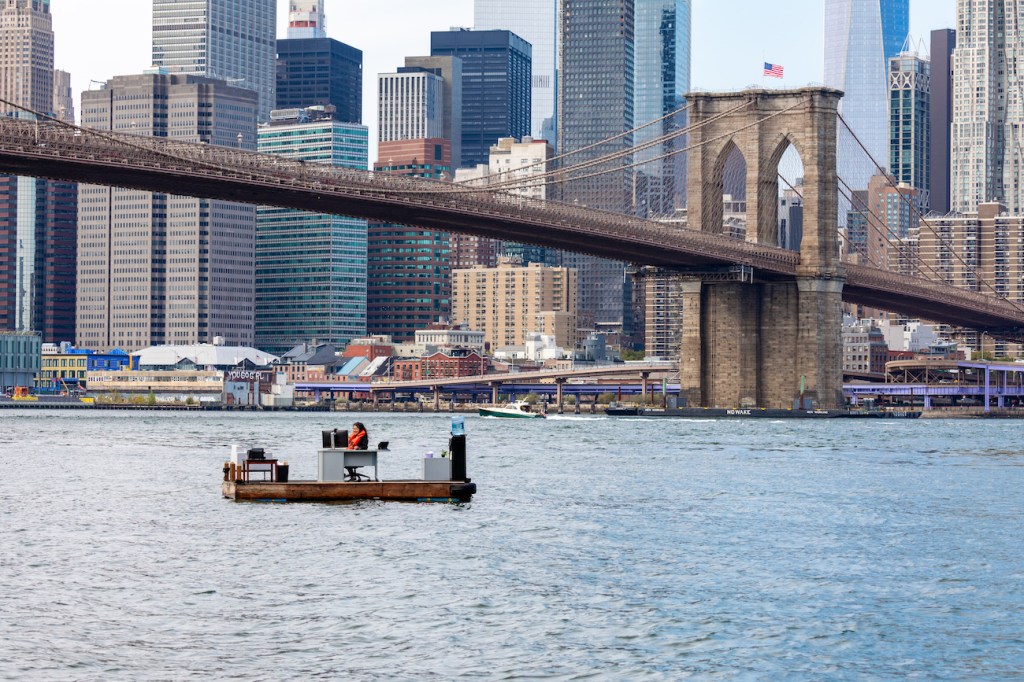 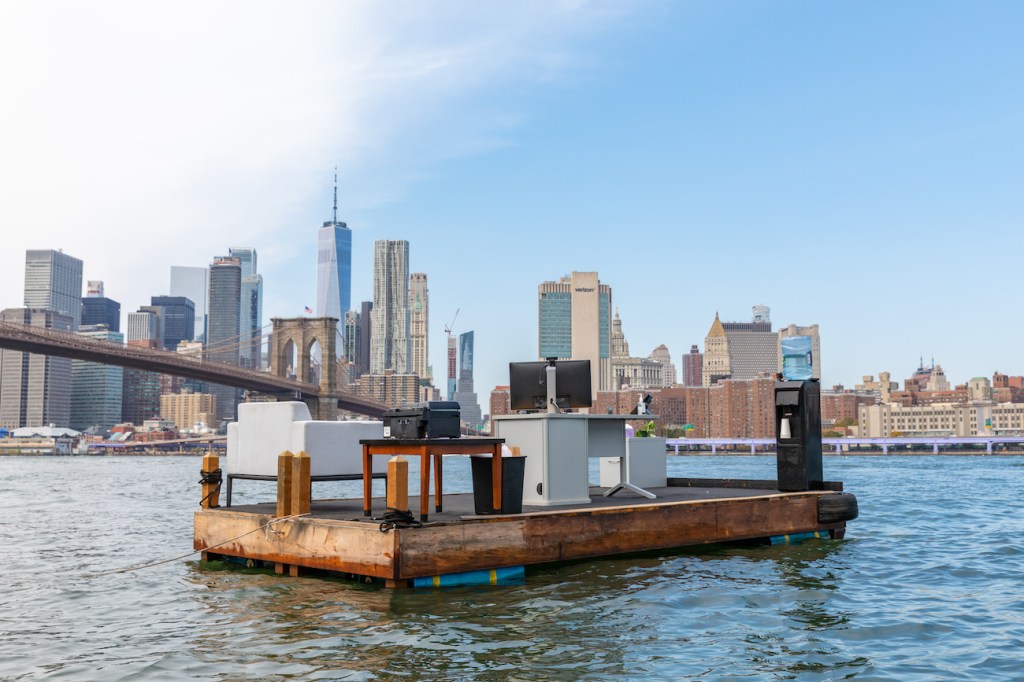 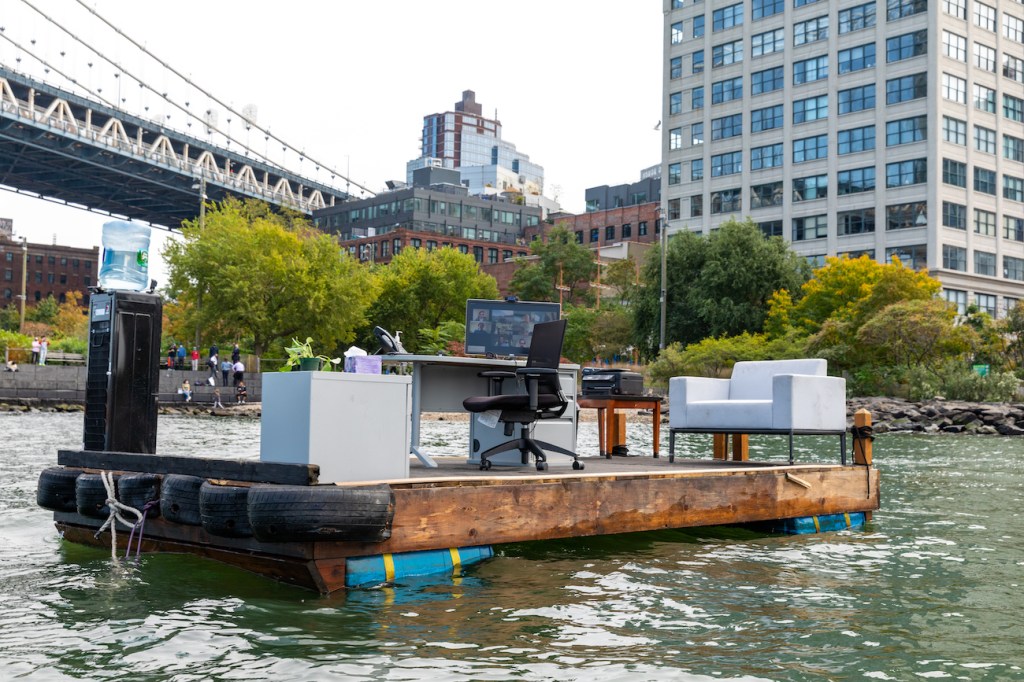