Getting messy. Olivia Wilde is firing back after she was served custody papers from ex Jason Sudeikis while on stage at CinemaCon.

The 38-year-old director filed court docs of her own in Los Angeles, alleging the 46-year-old Saturday Night Live alum tried to “embarrass” and “threaten” her by publicly delivering the custody paperwork, according to the Daily Mail. Wilde and her former fiancé initially agreed that their two children — Otis, 8, and Daisy, 5 — would complete the upcoming school year in L.A. while Sudeikis films Ted Lasso in London.

Wilde was presenting her upcoming movie Don’t Worry Darling at the Las Vegas convention in April when she received an envelope marked “personal and confidential” in the middle of her discussion. “Is this for me?” she asked during the event at The Colosseum at Caesars Palace. 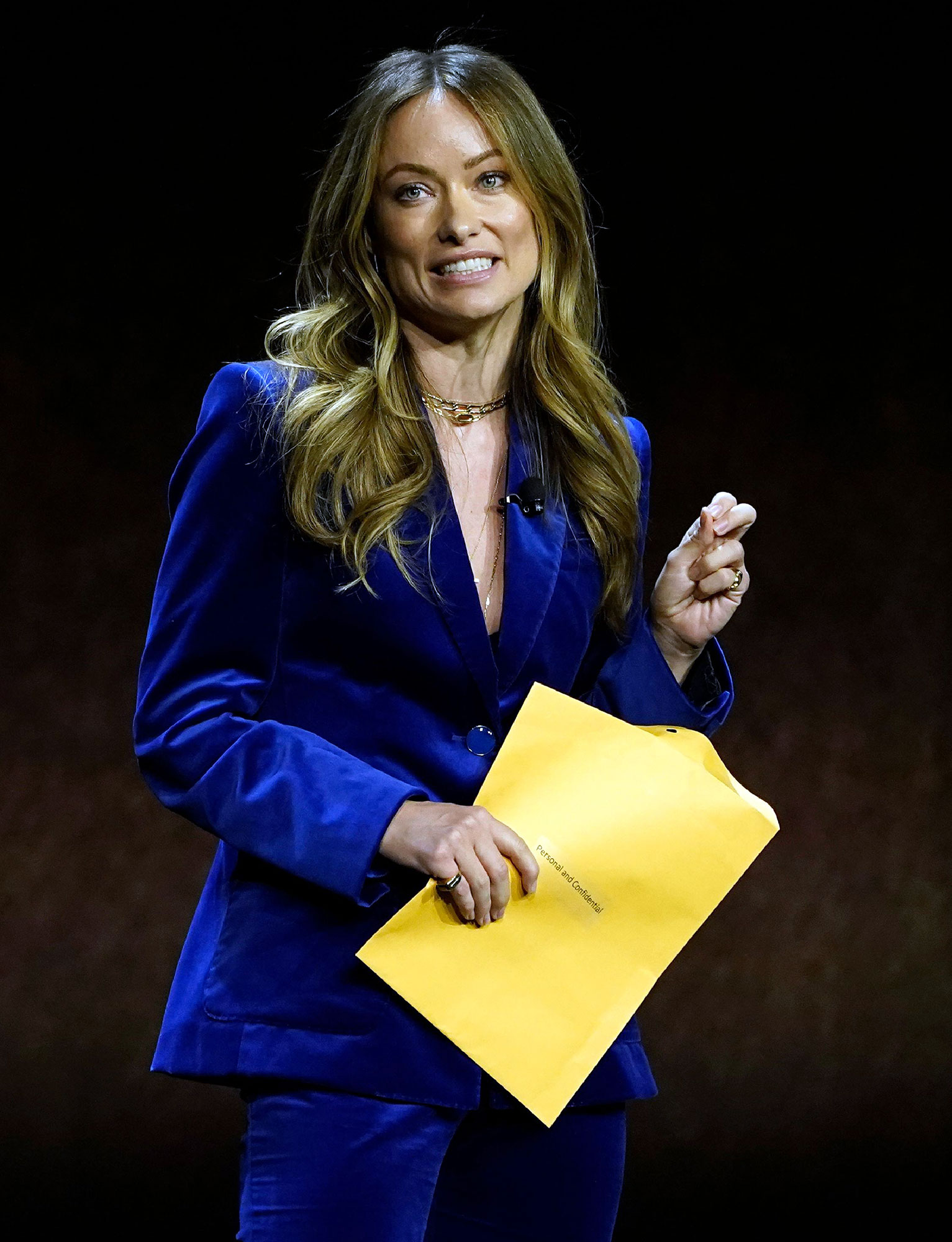 Us Weekly confirmed at the time that the documents were from Sudeikis but a source exclusively revealed that the Ted Lasso star didn’t know when the delivery would occur. “Papers were drawn up to establish jurisdiction relating to the children of Ms. Wilde and Mr. Sudeikis,” the insider explained. “He would never condone her being served in such an inappropriate manner.”

The Lazarus Effect actress, however, argued the “outrageous legal tactics” felt calculated. “Jason’s actions were clearly intended to threaten me and catch me off guard. He could have served me discreetly, but instead he chose to serve me in the most aggressive manner possible,” she claimed in her filing. “The fact that Jason would embarrass me professionally and put our personal conflict on public display in this manner is extremely contrary to our children’s best interests. Since Jason has made it clear that we will not be able to work this out for our children’s sake outside of the court system, I filed a petition for custody in Los Angeles.”

The former couple were engaged for seven years before Us confirmed in November 2020 that they had called it quits.

“I’ll have a better understanding of why [it happened] in a year,” Sudeikis told GQ in a July 2021 interview, breaking his silence on the end of his engagement. “And an even better one in two, and an even greater one in five, and it’ll go from being, you know, a book of my life to becoming a chapter to a paragraph to a line to a word to a doodle.”

The House alum, for her part, has not discussed the breakup at length. In January 2021, Us confirmed Wilde’s relationship with Harry Styles, whom she met while filming Don’t Worry Darling. The pair have kept their romance relatively private, but the New York native hasn’t shied away from gushing over her beau’s acting chops. At CinemaCon, Wilde called his performance in the psychological thriller “nothing short of a revelation,” referring to the 28-year-old pop star as “an up-and-coming actor with no other career.”

As Wilde’s relationship with the “As It Was” singer continues to heat up, she’s often supported him at his shows — sometimes with her kids joining her in the crowd. Otis and Daisy were spotted dancing at a November 2021 concert in San Diego, clapping along with Styles’ mom, Anne Twist.

“[They’ve] started getting to know each other’s families,” a source told Us one month later, adding that the twosome hoped to spend “some of this holiday season” with each other before their busy schedules picked up again. “All the meetings have gone very well.”