In 1988, Gail Devers was a senior at UCLA and had just broken the American record for the hurdles. Her finishing time on the track was impressive and she was one of the expected favorites to take home gold at the Olympics in Seoul, Korea. Then she started feeling off — from head to toe.

“My hair started falling out and that was one of the signs that I was like, ‘hmm, that’s weird,’” Devers tells ESSENCE.

Her naturally long fingernails started to get brittle and break. She began to lose weight. She didn’t think much of the changes until she started getting hurt during training.

“As I was training trying to do things, I was getting injured,” she says. “It was like ‘something is going on.’”

That feeling couldn’t be denied after a while. Going up against the late Florence Griffith-Joyner, whom she trained with, Devers was struggling to keep up and she didn’t know why.

“Every race I was running was taking a lot from me. So I had to pull out of the 100 [meters], concentrate on the hurdles because at that time the hurdles were a little bit easier for me,” she says. “I tell people, I made it on the team by the grace of God. I get to Seoul, Korea, my first Olympic Games, and the bottom fell out.”

She ran slower than ever, going home empty handed. Upon her return, she embarked on a mission to figure out why her body was letting her down. Devers continued to get injured and dropped down to 79 pounds. Sores were appearing on her face and not healing well. Her eyes were bulging. She was both fatigued and had insomnia. There were migraine headaches as well as heart palpitations. Still, none of her doctors had answers.

“I could not stand the person I was looking at in the mirror. That reflection was not me,” she says. “I just kept praying and saying, ‘I just want to catch up to the old Gail. That’s all I want to do. Somebody’s got to get me an answer so I can catch up to her.’” 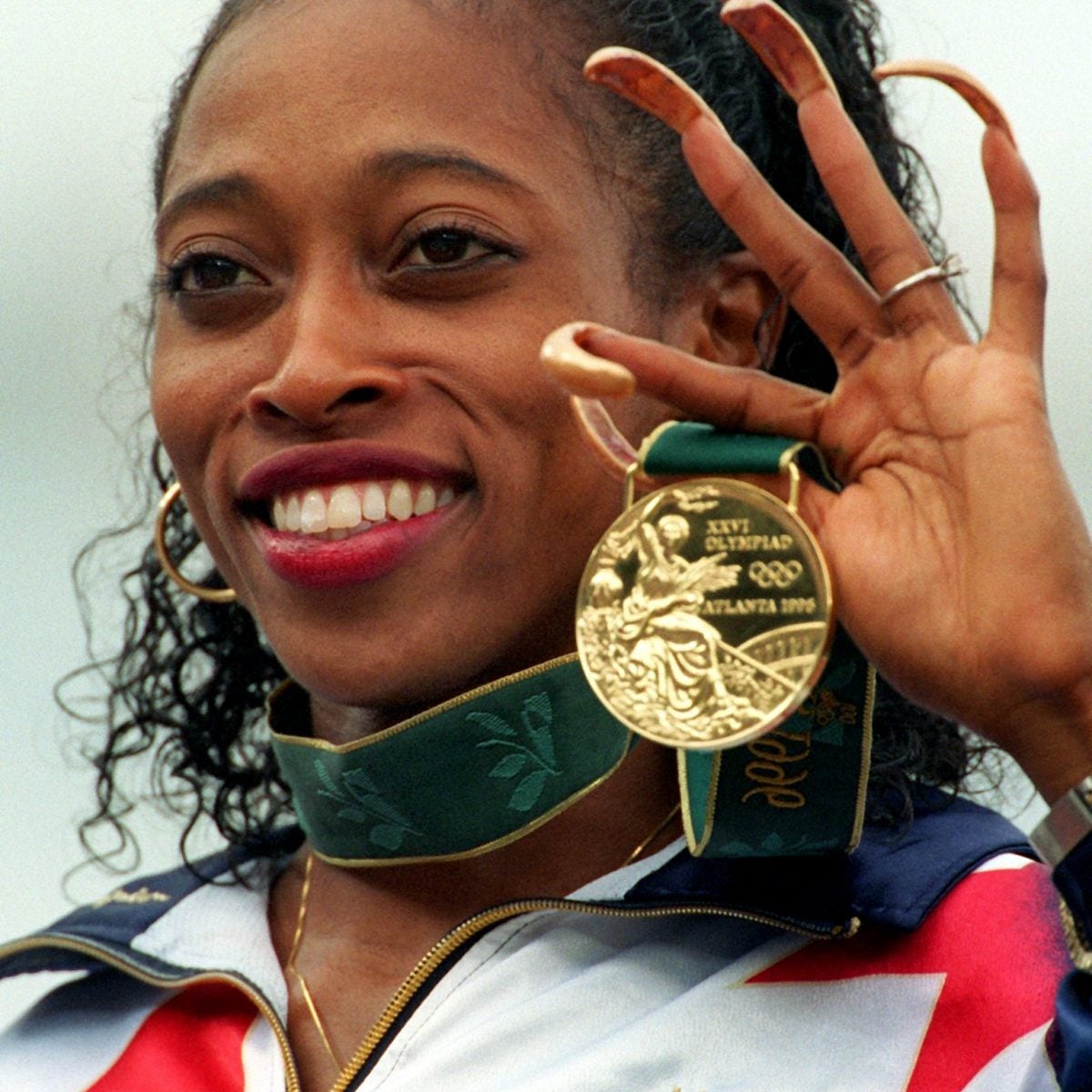 After two years, she finally received a diagnosis: Graves’ disease. When she had an answer, she had some hope that she could manage her symptoms and also return to the track.

Eighteen months later at the 1992 Olympics in Barcelona, she did. Devers was still having some symptoms, including bulging eyes, some eye pain, redness and cloudy vision, but she was no longer dealing with injuries. Despite cloudy vision, she went on to win gold in the 100 meters both in 1992 and at the 1996 games in Atlanta.

“Hurdling is a rhythm race so I’m not looking at the hurdle, I’m going over it,” she says when explaining how she did it. “I know the steps, how many steps in between and I’m just running.”

But the eye issues didn’t cease. More than 30 years later, she recently found out that she has thyroid eye disease. While it’s related to her Graves diagnosis, it’s a separate, serious issue that has caused her dryness, eye pain, and even sensitivity to light. She wasn’t able to do something about it years ago because she wasn’t told that she would need to see a thyroid eye disease specialist. Now that she knows, she’s teamed up with Horizon Therapeutics for Graves’ Disease Awareness Month to warn others. That includes those with the autoimmune disease, like well-known stars Wendy Williams and Missy Elliott, as well as those who may not know they have it.

“I know now and I’ve got to pass on this information. The way I say it is, I ran relays. What you do in relays is you pass the baton. So we’re passing the baton but in this baton is knowledge to help someone get their life back,” she says. “I actually just put out a time to get in touch with Wendy to tell her. I need her to pay attention because these symptoms, I don’t want her to think it’s nothing else.”

She encourages those with Graves to get treatment, pay attention to their eyes, and if they start to have any issues with their vision or eye discomfort, seek out a thyroid eye disease specialist. You can find more information at focusonted.com.

Aside from getting the word out about Graves’ disease and the thyroid eye disease that can come from it these days, the retired track star has been paying attention to all the talented runners heading to Tokyo this month. She is the last American woman to win gold in the 100 meters at the Olympics and was looking forward to seeing Sha’Carri Richardson compete for it. Richardson’s style, the love of fun hair and long nails on the track, is something runners like Flo-Jo and Devers were the originators of. However, Devers’ nails were not just for fashion.

“My nails were so long at the time because it took three years for me to get back on the track, so I let my nails grow three years at a time. I saw my nails, the longer it took to paint them, the longer it took them to dry, was a sign to me from my Graves’ disease that I was ok,” she says. “People were like, ‘Oh my gosh those are like talons! Why are they so long?’ They’re not for you. It’s not about you, it’s about me. I know I’m ok after all I’ve gone through.”

She adds, “It’s a mental thing for me so I can get out there and do what I need to do and put my all into it and not wonder, am I ok? My nails are growing. I know I’m ok.”

They were stylish, but also a marker of good health then and now. And considering the 54-year-old Hall of Famer showed off some freshly painted “talons” during our conversation, we’re happy to report that she’s still doing just fine.