Home » Lifestyle » ‘One of our greatest’: Star soprano Taryn Fiebig dies at 49

‘One of our greatest’: Star soprano Taryn Fiebig dies at 49

Much-loved award-winning soprano Taryn Fiebig has died after a long illness. She was 49.

A hugely popular and versatile artist, Fiebig’s performances and recordings stretched from major operatic roles to musical theatre and even Celtic folk songs. She won two Helpmann Awards for her work in 2010 and 2019. 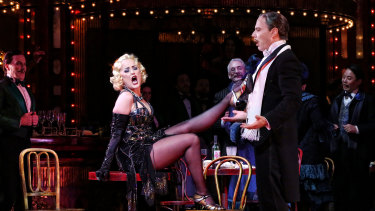 She frequently performed with Pinchgut Opera, most recently starring in a film produced by the chamber opera company during lockdown. Called A Delicate Fire, it featured the compositions of Baroque composer Barbara Strozzi.

“Taryn Fiebig was without question one of Australia’s greatest sopranos and she will forever be remembered as a superlative artist who lit up every stage she graced with her musicality, passion, and total commitment to the art,” he said. “She excelled at every medium and genre she worked in, from 17th-century Italian opera to contemporary Australian works. 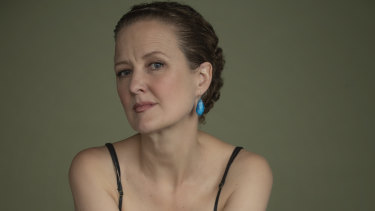 Taryn Fiebig, pictured in 2019, was “a joy to work with”.Credit:Louie Douvis

“She was a joy to work with: open-hearted, generous and wickedly funny. She has made me laugh so many times. She will be sorely missed by all in the Australian arts community, and especially all of us at Pinchgut Opera.”

“Taryn was an extremely talented artist and a wonderful human being,” he wrote in a message to OA staff. “I saw her last week and was deeply moved by her grace and generosity as she faced her final curtain call. We all loved Taryn and we admired her strength and joy for life.”

Fiebig originally studied as a cellist at the University of Western Australia before training as a singer.

She joined Opera Australia in 2005. Roles for OA included Susanna in The Marriage of Figaro, Musetta in La Boheme, Zerlina in Don Giovanni and Rose in Lakme.

Underscoring her versatility, she sang the role of Eliza Doolittle in a national tour of My Fair Lady in 2008 and 2009.

In 2015 she was invited to perform at Buckingham Palace in front of Prince Charles. Famously, her performance moved the future king to tears.

The untimely death of Taryn Fiebig is a huge loss not just for the delight and enchantment she brought to thousands, but because her artistic growth continued to chart new horizons even as she struggled with illness in recent years.

Over and above the early comic roles in which she shone so brilliantly, she was, with her clear golden sound, a superb Mozart singer bringing an ideal mixture of warmth and clarity and an instinctive musical intelligence to roles such as Zerlina in Don Giovanni and Susanna in David McVicar’s masterly production of The Marriage of Figaro.

With the high theatrical demands of popular music theatre, her ability to strikingly hold the stage made her a natural Eliza in My Fair Lady, and made her Musetta in Puccini’s La Boheme a triumph.

An artistic strength, however, was her resistance to being typecast and she continued to expand historically and artistically, with early Baroque roles with Pinchgut and Opera Australia through to Richard Mills’ The Love of the Nightingale and her Helpmann Award-winning role as Lucy in Brett Dean’s Bliss.

In Neil Armfield’s production of Wagner’s Ring Cycle, her entry as the wood bird in Siegfried followed immediately after her husband Jud Arthur’s exit as the slain dragon, blood-spattered and naked. Her role as Gutrune in Gotterdammerung promised exciting new vocal and artistic possibilities, now tragically cut short.