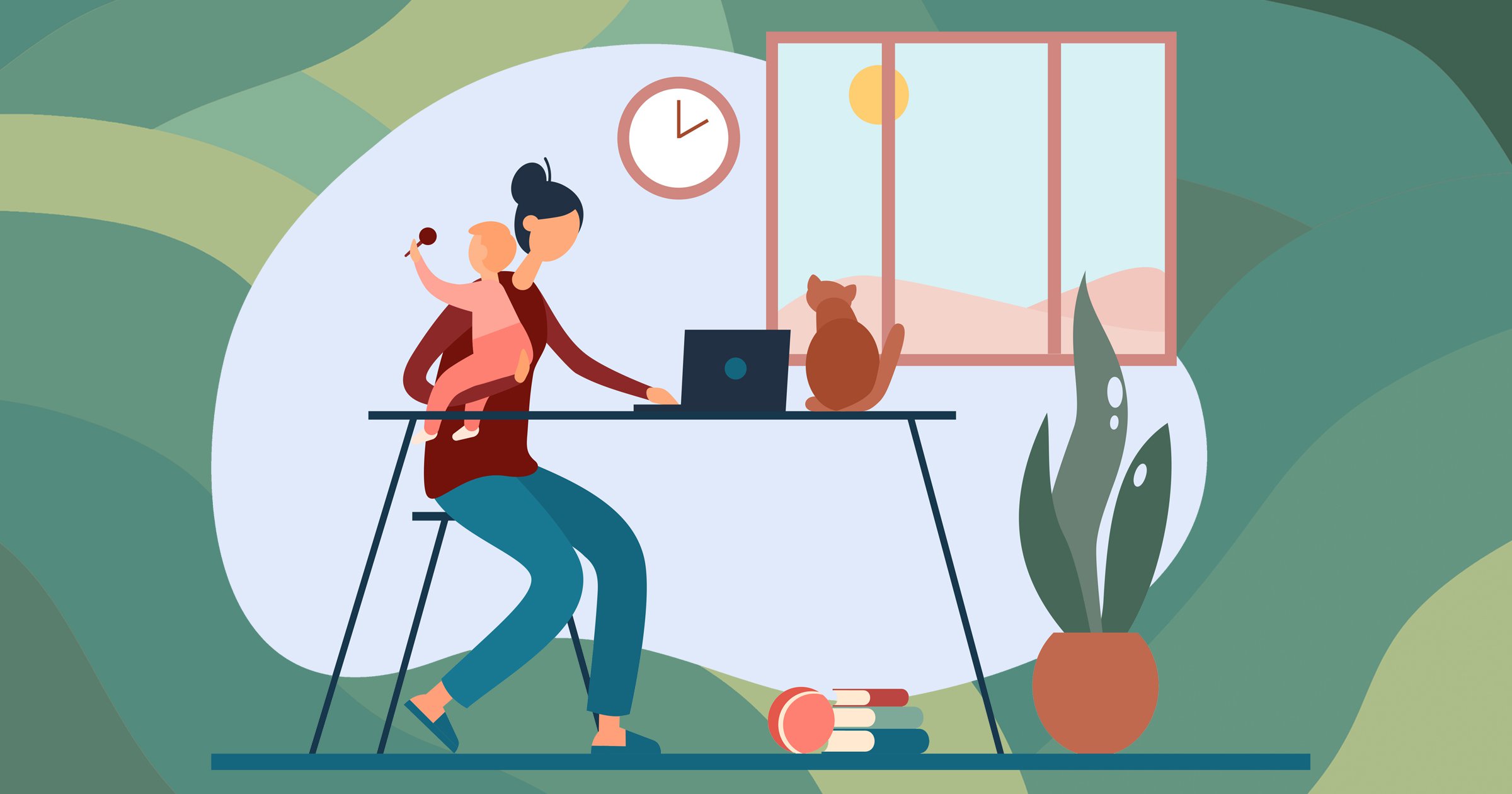 A new survey suggests the childcare system in the UK is failing parents.

It’s the cost of childcare, in particular, that is negatively impacting individuals – both in their careers and their everyday lives. And this is something that’s been heightened even more since the pandemic.

The survey, commissioned by The Guardian, heard from 20,000 respondents – 97% of whom were women.

It showed that the lack of affordable childcare in the UK is having a significant impact on gender equality in the world of work. In total, 94% per cent of respondents who changed their working patterns after having children say childcare costs were a factor in that decision.

But the gap between women and men is telling: 66% of women who were in paid employment while pregnant said they had reduced their working hours since becoming a parent, compared with just 26% of men.

Lucy, a 23-year-old mum-of-one from Merseyside, found herself unable to work after the cost of childcare almost engulfed her daily income.

‘Before I gave birth, I worked in a nursery full-time,’ she tells Metro.co.uk.

‘I planned to return after maternity leave and put my son in the same nursery but, when I did, I found it would leave me with just £17.25 a day [after childcare costs].’

Despite working 10-hour days, it was impossible for Lucy to return to work.

‘I’m better off financially not working and looking after my son at home all day,’ she adds.

But while it makes more sense, money-wise, for Lucy to be a stay-at-home mum, her mental health has been impacted.

She adds: ‘I feel awful that I’m not able to work because I’ve worked since I was 17, and full-time since I was 18. Now I feel like I’m literally just a mum — I don’t get to be anything else because I have to stay at home being a mum all day everyday.’

And it’s not for a lack of trying.

Lucy says: ‘We tried everything, from me working reduced hours and then going part-time, but no matter what, the cost of childcare makes it not worth it.’

East Midlands-based PR and marketing executive, Alexandra, 29, says her employer allows her to work flexibly over four days, allowing her to save on an extra day of childcare.

‘My husband and I earn average salaries and, even though we use a childminder who’s significantly cheaper than nurseries in the area, our monthly bill for childcare is still way more than our mortgage.’

Alexandra and her husband aren’t alone: 33% of respondents to the survey said their childcare costs were higher than their rent or mortgage costs.

At £700 per month, the cost of childcare for Alexandra’s daughter is impacting her and her family’s future plans for more children and a new home.

She adds: ‘We can’t possibly consider having another child, at least until our daughter is in school, because childcare costs for two would price me out of my career completely. I wouldn’t be able to afford to continue working, but would also struggle to survive financially on just my husband’s wage. It would be an impossible situation.

‘We were planning to move in the near future to a bigger house as we don’t have much space where we are currently, but there’s just no way we can afford to do that now.

‘It’s frustrating to watch £700+ disappear from our account every month and we were very naive about the cost before we had our daughter.’

Alexander and her husband aren’t alone either, as 62% of parents who are using childcare say that as a direct result of childcare costs they have cut back on non-essentials.

While 12% say they have had to cut down on essential items – including food and housing – this number rises to 34% among those with a household income of less than £20,000.

It’s clear something needs to change: Almost all respondents (99%) agree that ‘childcare should be recognised as a vital part of our economic and social infrastructure, and invested in accordingly’ – and 96% believe the government isn’t doing enough to support parents with childcare.

Sara Campin, founder of Nourish, a mental wellbeing platform for parents, says a lack of support for parents with childcare is causing strain on mental health.

She says: ‘Failing childcare in the UK is an additional stress and pressure, which significantly impacts the mental health and wellbeing of an already highly vulnerable group of women.

‘The government needs to wake up and do more to support. If not, the lack of quality, affordable childcare provision will have a long-lasting impact on gender equality and mental health, not only for mothers but also for future generations.’

Sara adds: ‘The government needs to conduct a systematic review of how the current system is actually supporting the reality of modern parenthood – including more government-funded childcare support and subsidies, more flexible working options and more support for emotional wellbeing, in the perinatal period but also through the transition back to work and beyond.’

Alexandra echoes the sentiment saying: ‘The thing is, childcare providers do such a wonderful job and certainly do not get paid what they should.

‘But the government needs to understand that providing more support to parents with this cost benefits everyone – parents will have more money to put back into the economy in other ways and we would have more scope to develop our careers, supporting gender equality efforts.’