Pay Up! Travis Scott’s Special-Edition Boxes of Reese’s Puffs Cost HOW Much? 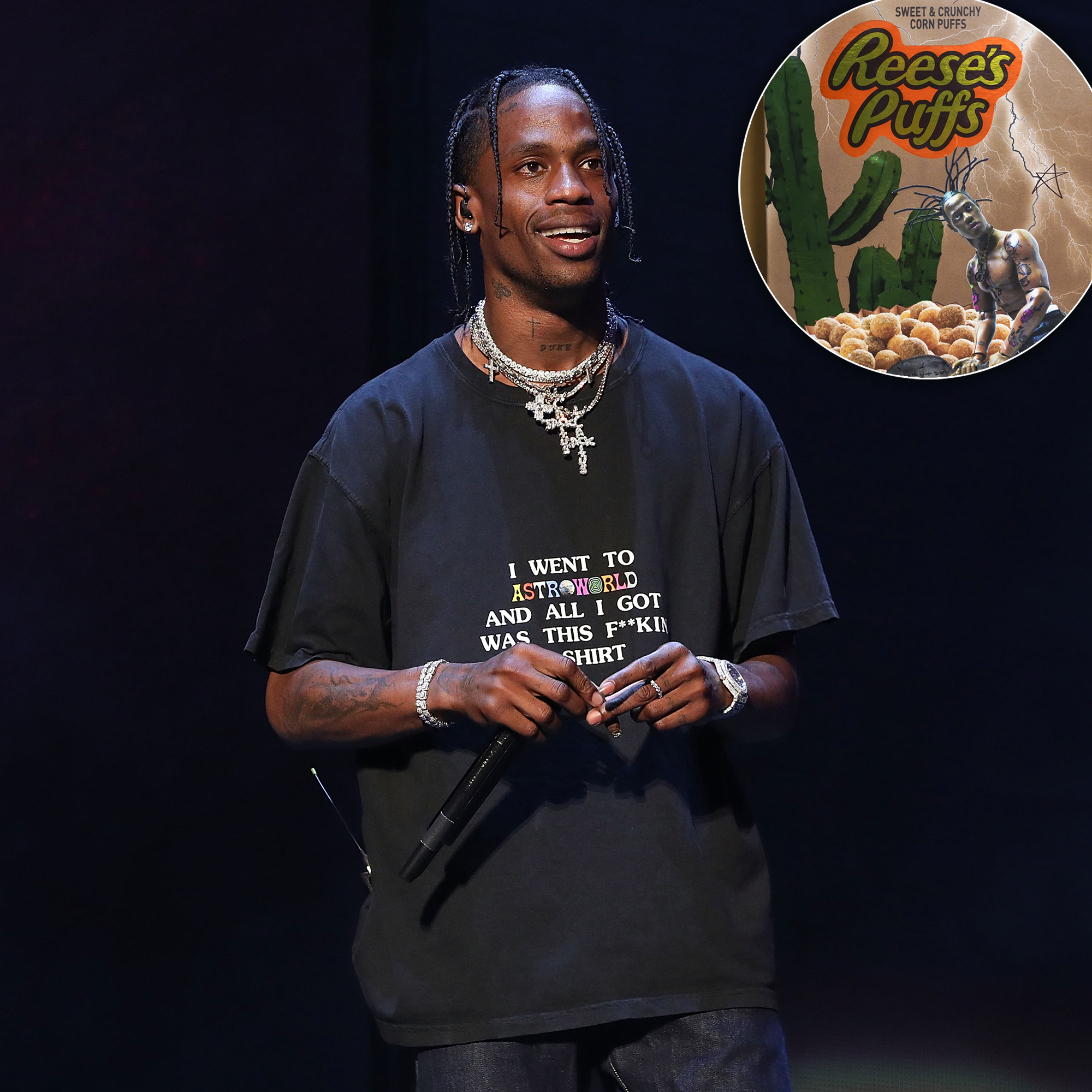 Travis Scott is getting into the cereal business! Well, sort of. The “Sicko Mode” rapper announced on Monday, June 24, that he’s teaming up with General Mills to release special-edition boxes of Reese’s Puffs.

The musician, whose real name is Jacques Bermon Webster II, is apparently a huge fan of the breakfast food inspired by the popular chocolate and peanut butter candy, hence the interesting collab.

Though the cereal inside each box will remain unchanged, Scott, 28, did design each box with the goal of bringing his unique creative style to life. With that in mind, the boxes boast visuals representing Cactus Jack (Scott’s label imprint that he launched in 2017) and Astroworld, his third studio album that was released about a year ago.

However, the cereal vessels still maintain many elements of Reese’s Puffs’ iconic look. Case in point? While each of Scott’s limited-edition boxes sport cacti and a photo of the rapper wielding a Cactus Jack-branded spoon in front of a bowl of Reese’s Puffs, said cereal pieces are resting in a giant Reese’s Peanut Butter Cup, just as they appear on normal Reese’s Puffs boxes.

Speaking of the cereal’s name, while the moniker appears in brown and yellow letters outlined in orange (in keeping with Reese’s traditional color scheme) this time the name of the morning food is shiny, not matte. Maybe this helps justify the $50 price tag per box?

To celebrate the Reese’s Puffs and Travis Scott collaboration and reveal the first special-edition box, a pop-up event is slated to take place on Tuesday, June 25, during Paris Fashion Week. The event, which will be held in the European city, will be open to the public. 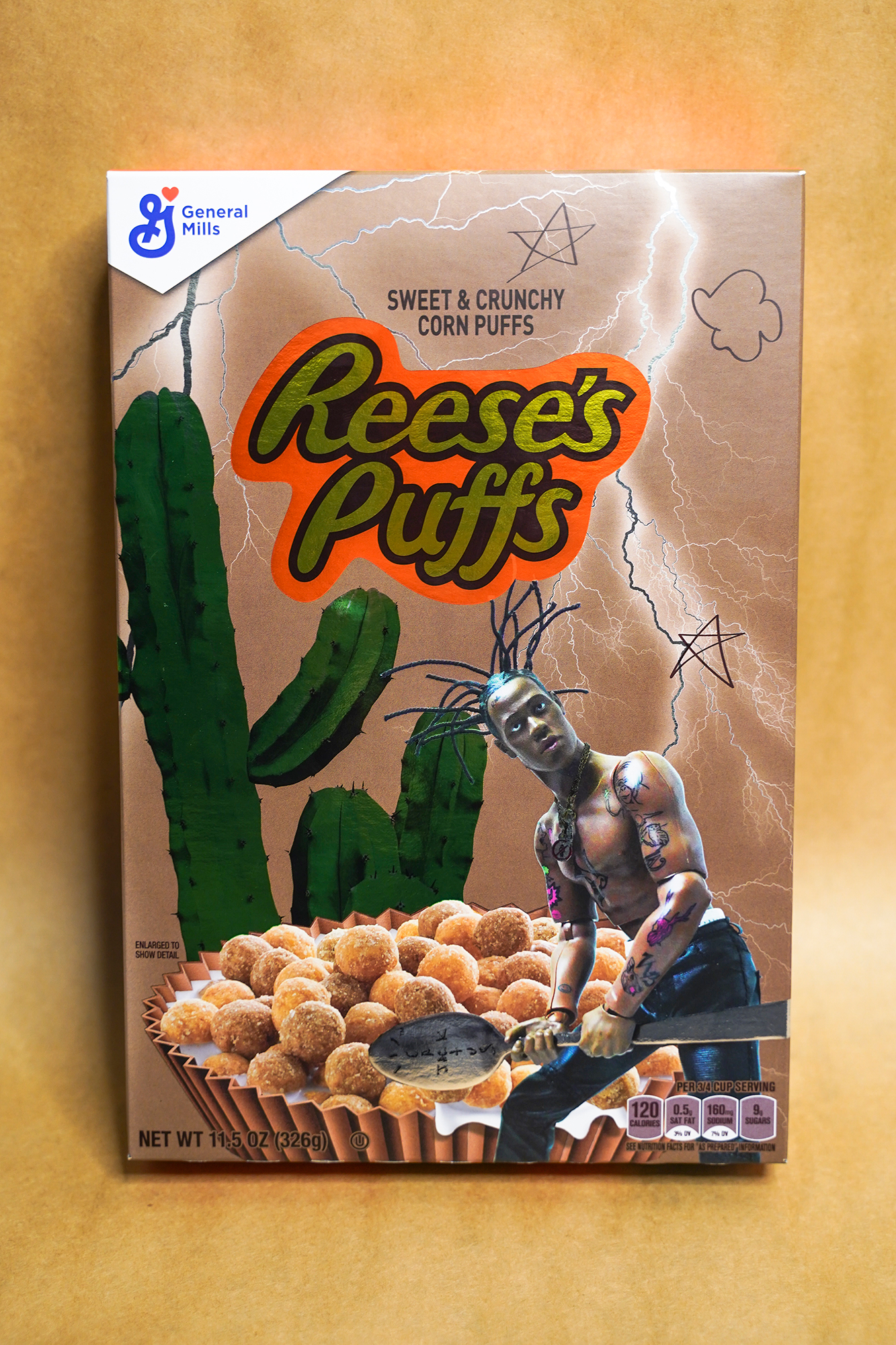 Itching to get your hands on these revamped Reese’s Puffs? The first special-edition boxes, encased in an acrylic container, will be released on Tuesday, and a limited number of boxes will be available for purchase for $50 at TravisScott.com.

The Grammy nominee even posed with said boxes on Friday, June 21. He shared a trio of snapshots on Instagram that show him crouching beside two encased boxes of his favorite cereal, while a brown Range Rover idles in the background. “Sweet sweet,” he captioned the photos.

What’s more? Fans can follow Reese’s Puffs and Scott’s social channels for information on how to procure one of the other boxes not surrounded by an acrylic casing. 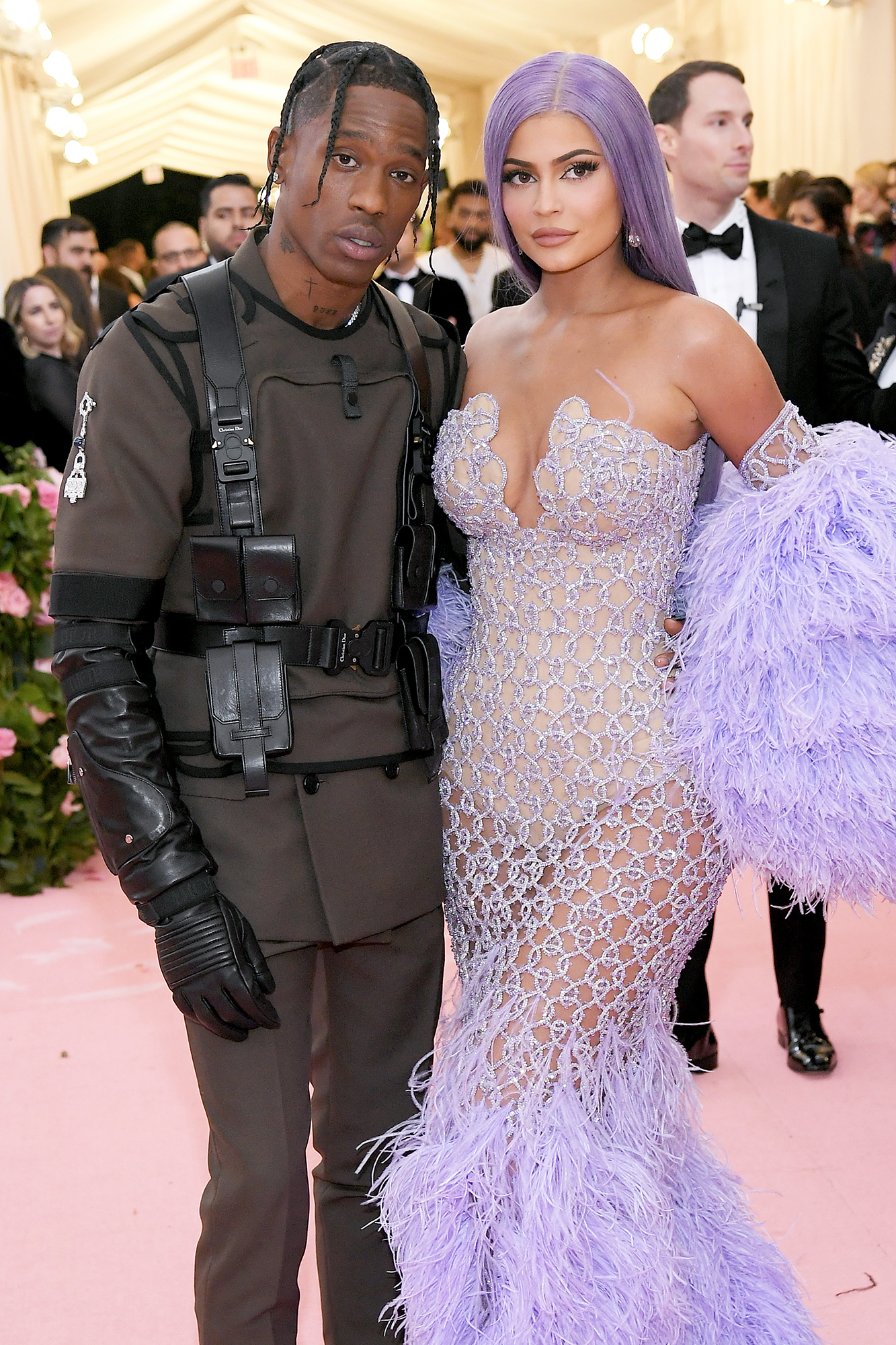 Though Scott’s girlfriend, Kylie Jenner, is known for her interesting cereal-eating habits (she famously tried the breakfast food with milk for the first time in September 2018) we have a feeling she approves of her beau’s collab.