Pete du Pont, the scion of one of America’s wealthiest families and a two-term Republican governor of Delaware who presided over an economic revival in his debt-ridden state and in 1988 ran for the presidency, died on Saturday at his home in Wilmington, Del. He was 86.

His death was confirmed by his former chief of staff, Robert Perkins. No cause was given.

Like most of his male ancestors, Pete du Pont was educated to be an engineer. But after graduating from Phillips Exeter Academy and Princeton, and service in the Navy, he veered off course and went to Harvard Law School.

After earning his law degree, Mr. du Pont dutifully joined the family enterprise, E.I. du Pont de Nemours and Company, first in marketing, then as a quality-control officer, overseeing production of a new magnetic tape, then of testing an aerosol can that sprayed a mix of peanut butter and jelly. (The company decided against it.)

“I got a little bored,” he told The Boston Globe years later. “At age 34, I was right on track to becoming a senior vice president at age 63. And somehow, I thought to myself, there must be more to life than 30 years of carefully moving up the ladder.” 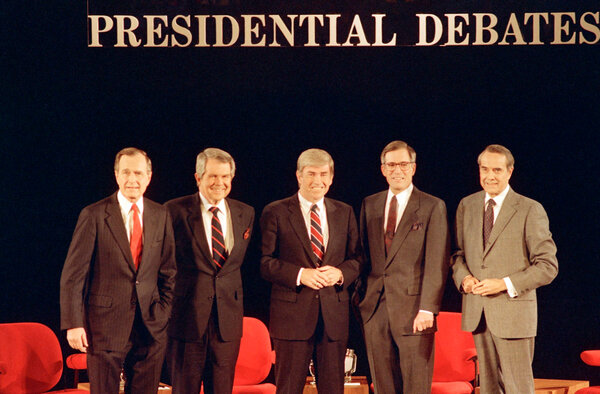 He entered politics in 1968, running unopposed for a new seat in the Delaware House of Representatives. He was a famous multimillionaire in a legislature composed of teachers, housewives, farmers, retired people, small businessmen and a few du Pont employees — but not a single lawyer. Many of the legislators depended on their $9,000 salaries to make ends meet.

It was a part-time post, and for Mr. du Pont there was no need to leave the family business right away. But in 1970, he quit his job and moved up politically, beating a Democratic labor leader for Delaware’s one at-large seat in Congress. He was easily re-elected to two more terms.

By the time he ran for governor in 1976, he was a seasoned politician with a smooth but forceful speaking style and a quick, polished humor on the stump. He had voted for the War Powers Act of 1973, limiting presidential authority to commit the United States to armed conflicts without congressional consent. And he had been one of the last Republican holdouts loyal to Richard Nixon when the president resigned in 1974, facing impeachment because of the Watergate scandal.

Mr. du Pont’s decision to seek the governorship was more problematic. The state was deep in debt, its tax base was shrinking and its unemployment and tax rates were among the nation’s highest. No governor in 20 years had survived more than one term in office, and Mr. du Pont’s opponent, the Democratic incumbent, Gov. Sherman W. Tribbitt, was no exception.

Winning the governorship by a 57 to 42 percent margin, Mr. du Pont got off to a bad start. He demanded spending cuts, called the average voter “Joe Six-Pack” — a gaffe that earned him the sobriquets “Champagne Pete” and “Pierre S. six-Pacque IV” — and lashed out at the Democratic-controlled Legislature, which overrode his veto to pass a budget. But, facing a standoff like those that had often crippled the state before, Mr. du Pont and legislative leaders struck a deal: a long-term partnership that brought real change.

He signed into law two income tax cuts, the first in Delaware’s modern history, and a constitutional amendment that limited government spending and future tax increases. Mr. du Pont also recruited talented professionals for top state posts, and he aggressively pursued new businesses for the state with generous tax incentives and deregulation to set the stage for prosperity.

Re-elected in 1980 with 71 percent of the votes, Mr. du Pont helped establish Delaware as a paradise for the credit-card industry with a law in 1981 that eliminated usury restrictions for in-state banks, allowing assessments of high-interest rates for credit customers no matter where they resided. A law intended to attract two banks and 1,000 jobs to Delaware eventually drew 30 banks to the state, creating 43,000 financial service jobs.

The governor’s approval ratings approached 90 percent. By the time he left office in 1985, the state’s economy was humming, with unemployment down to 7 percent from a high of 13 percent; the top tax rate cut in half, and state budgets were balanced every year of his tenure. Even the Democrats praised his performance.

Barred by law from a third term as governor, Mr. du Pont was widely expected to challenge Delaware’s incumbent Democratic senator, Joseph R. Biden Jr. Instead, he began preparing for a presidential race. In 1986, nearly a year and a half before the primary season, he became the first candidate of either party to announce his candidacy.

His agenda was a mix of conservative and libertarian ideas. Its centerpiece was an alternative retirement system offering Social Security recipients private savings options in exchange for cuts in government benefits. He also called for phasing out farm subsidies; requiring people on welfare to work; providing parents vouchers to send their children to the schools of their choice; and random drug testing for high school students, with offenders losing their driver’s licenses.

The proposals made headlines, but his 1988 campaign never gained traction. He finished near the bottom in the Iowa caucuses and the New Hampshire primary, and dropped out of the race. He offered no excuses but recalled saying from the outset that his campaign was “not for the fainthearted.”

Mr. du Pont was born in Wilmington on Jan. 22, 1935, the youngest of three children of Pierre S. du Pont III and the former Jane Holcomb. His father was executive vice president (and later chairman) of du Pont, and his mother was involved in amateur theatricals. Pete was a shy boy. He and his sisters, Jane, known as Dedo, and Michele , grew up in a mansion in Rockland, Del.

The family kept cocker spaniels and summered on Fishers Island, off the southeastern coast of Connecticut. Like his father, Pete became an enthusiastic yachtsman, especially for ocean sailing. In the 1956 Olympic trials, he was a risk-taking helmsman on a 5.5-meter keelboat, and over the summer in 1962 he was a navigator aboard the 12-meter yacht Nefertiti in the America’s Cup trials off Newport, R.I.

He was a mediocre student at Phillips Exeter, where he graduated in 1952, and at Princeton, where he earned a mechanical engineering degree in 1956.

His classmates said he drove a Chevrolet, and once buzzed up to New York City for a blind date with Jane Fonda, then a Vassar student. He didn’t know who she was until her father Henry answered the doorbell. “I was speechless,” he told The Associated Press.

At a dance at Princeton, Mr. du Pont met Elise Ravenel Wood, a student at Bryn Mawr College in Pennsylvania. They were married in 1957. The couple had a daughter, Elise, and three sons, Pierre 5th, Benjamin and Éleuthère. They survive him along with 10 grandchildren and one sister, Michele Goss. Another sister, Dedo Kidd, died in 2020.

From 1957 to 1960, he was a lieutenant in the Naval Reserve. At a Naval Air Station in Brunswick, Maine, he became interested in law. “I took my turn along with the other officers in prosecuting and defending minor cases under the military justice system,” he told The Washington Post. “And I kinda liked it.”

Entering Harvard Law School, he excelled academically for the first time, and he won the Ames Moot Court Competition in his final year. He received his law degree in 1963.

After his political career, Mr. du Pont was chairman of the National Review Institute, a think tank, from 1994 to 1997, and a director of the law firm Richards, Layton & Finger in Wilmington. He retired in 2007, but for many years until 2014 wrote “Outside the Box,” a monthly column for The Wall Street Journal, touching on topics like global warming, health care, the economy and presidential politics.