Jon Hamm and Harry Hamlin auditioned for ‘The O.C.’

Peter Gallagher is binge-watching ‘The O.C.’

Kathryn Gallagher had a special date for this year’s Tony Awards – her dad, Peter Gallagher.

The father-daughter duo walked the red carpet together at the Winter Garden Theatre in New York City on Sunday night, to celebrate Kathryn’s first-ever Tonys recognition.

Kathryn, who was nominated for Best Featured Actress in a Musical for her role in “Jagged Little Pill,” smoldered in a gorgeous red Derek Lam 10 Crosby dress, while Peter looked dapper in a classic tux.

Kathryn, 28, first celebrated her nomination via Instagram in October, writing, “For the last three years I’ve had the pleasure of working alongside the finest artists I could have ever dreamed of making a show with and that in and of itself has felt like winning the lottery.”

Alas, it was not Kathryn’s lucky night. She lost out to fellow “Jagged Little Pill” star Lauren Patten. 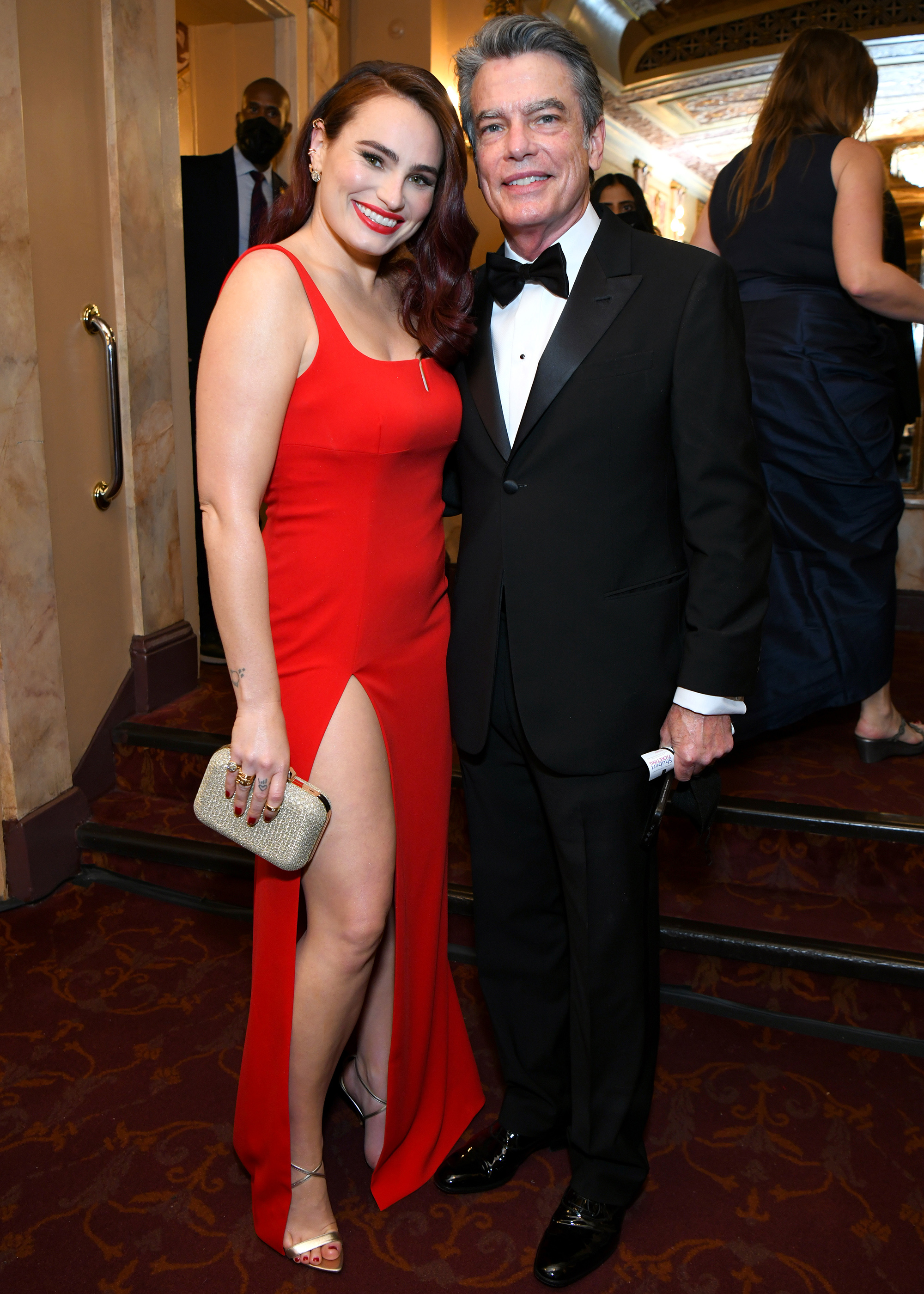 Kathryn has previously been vocal about her father’s support over the years. Back in August, the actress moved into an apartment on the Upper West Side and explained how Peter was helping her out to The New York Times.

“I had my dad on FaceTime when I was re-caulking the bathtub and when I was putting in an air conditioner,” she said. “I think he was prouder of me for installing the A/C than he was of my Tony nomination.”

Peter is of course no stranger to the Tony Awards, having been nominated 35 years ago for his portrayal of Edmund Tyrone in “Long Day’s Journey Into Night.” He ultimately lost to John Mahoney for his role in “The Houses of Blue Leaves.”