Plot Twist! Hannah Brown Confirms She Was at Brother's Wedding to Jed's Ex

Hannah Brown’s Relationship With Her Brother Patrick: Everything We Know

“I’ve come to realize my life is a never-ending plot twist, but it makes for a damn good (for sure weird) story. 🥂🤷‍♀️🥳💕,” the reality TV personality, 27, wrote via Instagram on Monday, September 5, alongside several photos from the big day. Hannah, wearing a pink slip dress, shared a sweet selfie with the groom, 25, from his romantic Colorado wedding. The former pageant queen also included a sweet snapshot of herself kissing boyfriend Adam Woolard as they watched the happy couple exchange vows. 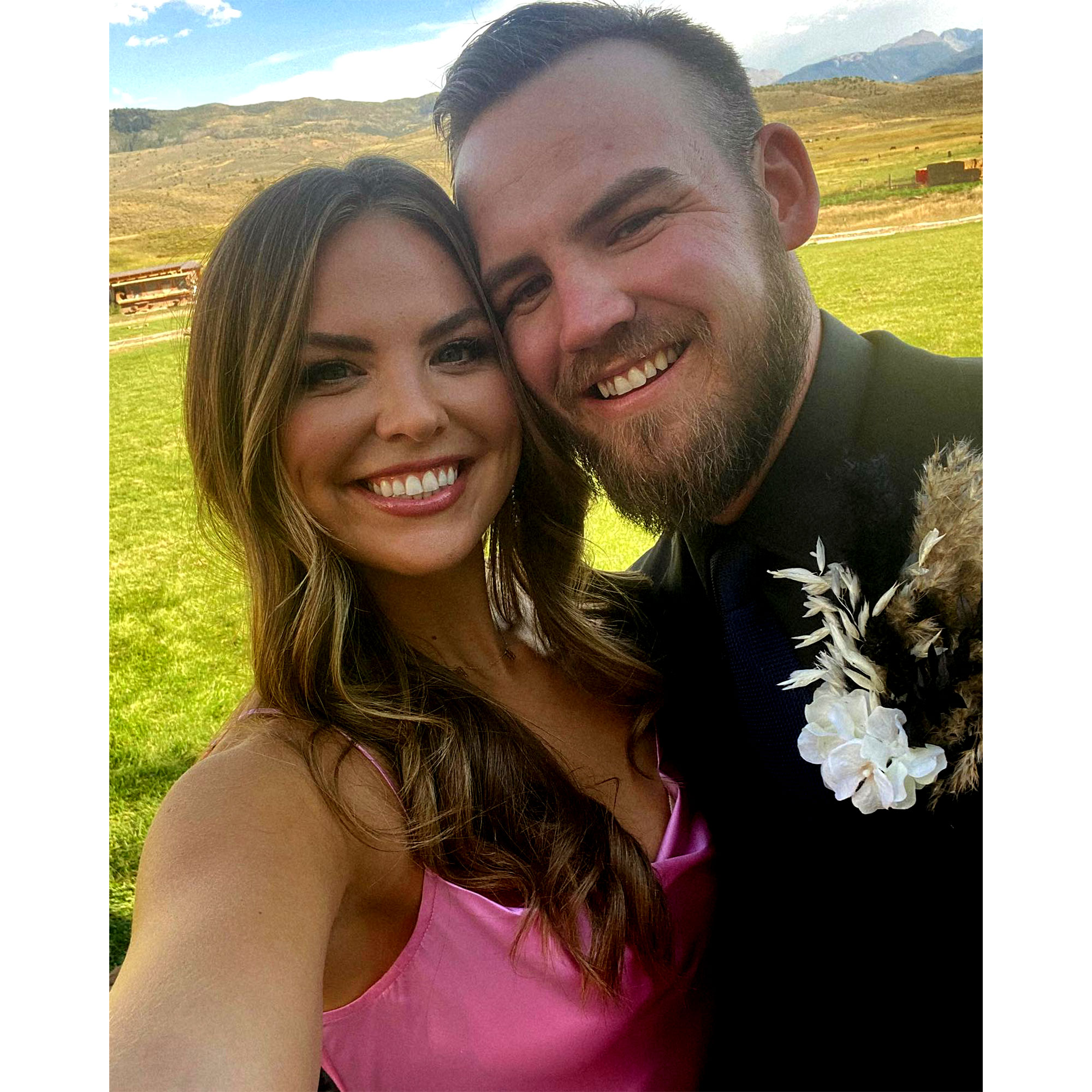 Patrick and Stevens, 29, were first linked in February 2021 and got engaged later that year. “12.18.21 ✨ I said YES to forever with my best friend!!✨… and it was perfect,” the singer wrote via Instagram in December 2021, alongside photos from the happy moment. “💕Thank you to everyone who made this day so special! And to my FIANCÉE, I love you!!!💕”

Prior to her romance with the Alabama native, Stevens notably dated Wyatt, 28, before he competed for Hannah’s heart on season 15 of The Bachelorette. The dog jingle writer proposed to the Dancing With the Stars champion during the 2019 finale, but the duo soon split amid allegations that he was still dating Stevens while the reality show was in production. Though Wyatt has continually denied the claims, Stevens shared screenshots of a text exchange with the Nashville resident, who allegedly told her “I love you,” before he left for filming. (Wyatt has since moved on with Ellen Decker, and the pair got engaged in July.)

Hannah has previously expressed her feelings about her younger brother finding love with someone who dated her ex. “I love my brother and I’m just so thankful for all the changes that he’s made in his life,” the God Bless This Mess author told Us Weekly exclusively in November 2021. “Because that just really impacted the way that our family dynamic is. Both of us have kind of gone on our own journey of healing.”

After Patrick proposed to his now-wife, Hannah explained that she wanted nothing but the best for the couple. “I just want my brother to be happy and yeah, they are getting married, and I will be there,” she said during an April appearance on Us‘ “Here For the Right Reasons” podcast. “I just want to support my brother continuing to grow and if they make each other happy, I’m happy for them.”

Hannah continued at the time: “You can love your family and still know that there are things that can be triggering. Because we love our family, we’re not gonna say anything. Or like you said, ‘You can’t choose your family,’ but the way that we grow up is so pivotal to these patterns that we find ourselves in. [It can be helpful] if you could write in words, what your relationship is like with your mom or was like with your mom or your dad or your siblings, and then you can connect the dots of some of the patterns that you might have in your life.”