Plumber, 45, gets ‘hunky’ Love Island makeover on This Morning

This Morning helped one woman transform her plumber husband into a ‘hunk’ with a Love Island inspired makeover.

Paula nominated her husband Rob, 45, after the ITV daytime show asked viewers to send in their applications for help.

She said in her tape: ‘I’ve nominated my husband Rob because he’s not had a haircut for eight years and he will rarely shave his bear unless I nag him.

‘He’s basically quite scruffy. I want him to be more Frank Lampard and less [TV character] Frank Gallagher. Can you make him as buff as the boys on Love Island?’ she begged.

After the big reveal Paula was absolutely stunned and joked: ‘Who is this hunk?!’ 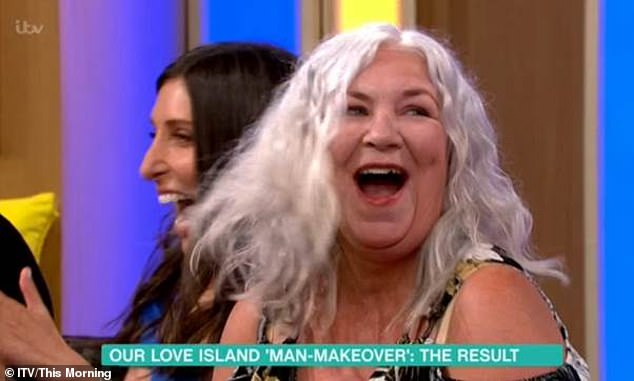 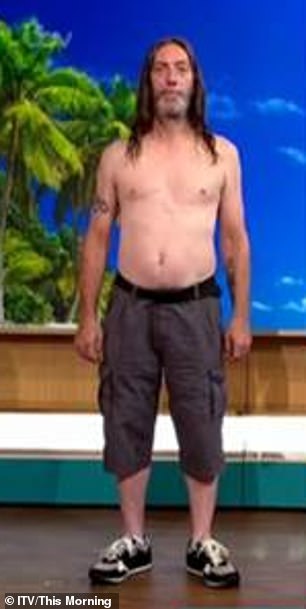 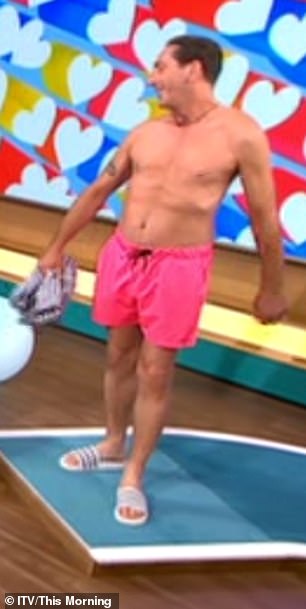 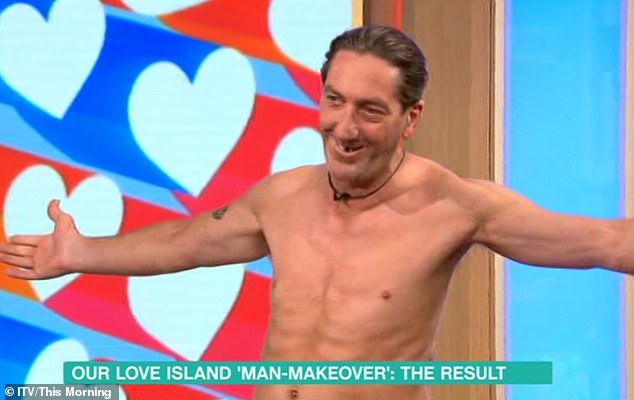 The This Morning makeover team had cut Rob’s hair, given him a spray tan and even shaded in some fake abs on his stomach to give him that Love Island vibe

Rob confess that he wanted to sharpen up and look younger: ‘I think I’ve been nominated for this because my wife is absolutely fed up with the way I look.

‘When I look in the mirror I see a 45-year-old man going on 65, and I haven’t been near a hairdressers in a long time. I don’t think I look as good as I could.’

Rob said he was looking forward to the makeover and thought people would be ‘shocked’ when they see him with short hair.

When he walked out on stage Rob even gave his wife a little striptease, taking off his shirt and swinging it around which caused everyone to laugh. 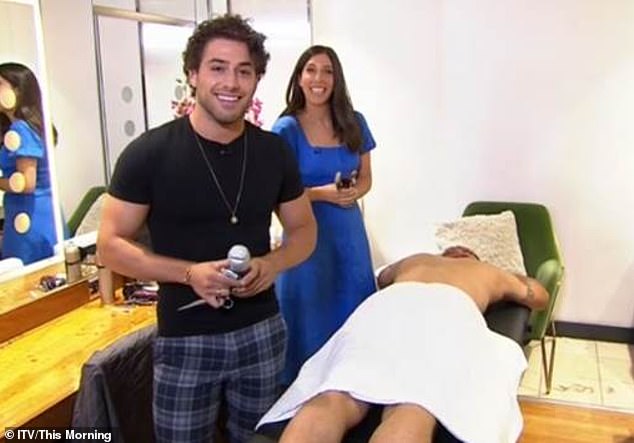 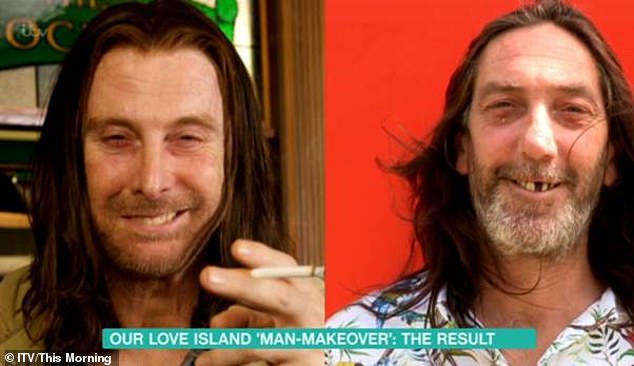 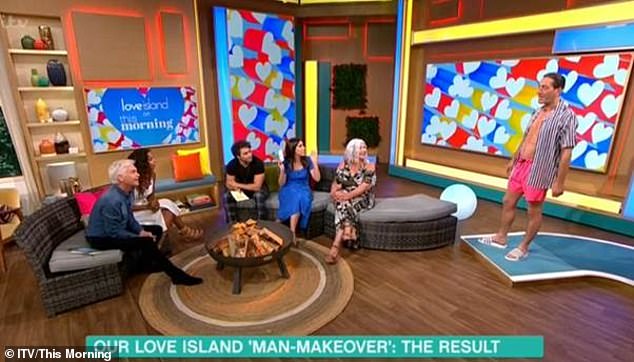 Former Love Island winner Kem Cetinay was on hand to transform Rob, giving him a haircut and getting rid of any excess body hair.

The team had also given him a spray tan, shading in fake abs on his body and put him in an outfit just like the boys wear on the ITV2 dating reality show.

‘My head feels like two stone lighter,’ Rob said of his new hair do, ‘It’s great. I love the new look,’

Paula was almost speechless before she managed a giggle and say she was ‘extremely happy’ that she got in touch.

This Morning airs weekdays on ITV at 10.30am