Portrait Of Queen Elizabeth Removed From Oxford Due To ‘Colonial History’

Graduate students at the University of Oxford have removed a portrait of Queen Elizabeth from their common area because of its ties to “colonial history,” prompting cries of “cancel culture” and headlines around the world.

Members of the Magdalen College Middle Common Room, or MCR, decided to take down the portrait during a committee meeting on Monday, according to the BBC. The outlet reported that the graduate students wanted to shelve the photo of the queen because “for some students, depictions of the monarch and the British monarchy represent recent colonial history.”

Dinah Rose, a barrister and president of Magdalen College at Oxford, responded to news reports about the removal of the picture on Twitter Tuesday.

“The Middle Common Room is an organisation of graduate students. They don’t represent the College,” she wrote. “A few years ago, in about 2013, they bought a print of a photo of the Queen to decorate their common room.”

“They recently voted to take it down. Both of these decisions are their own to take, not the College’s. Magdalen strongly supports free speech and political debate, and the MCR’S right to autonomy,” Rose added.

“Maybe they’ll vote to put it up again, maybe they won’t. Meanwhile, the photo will be safely stored.” 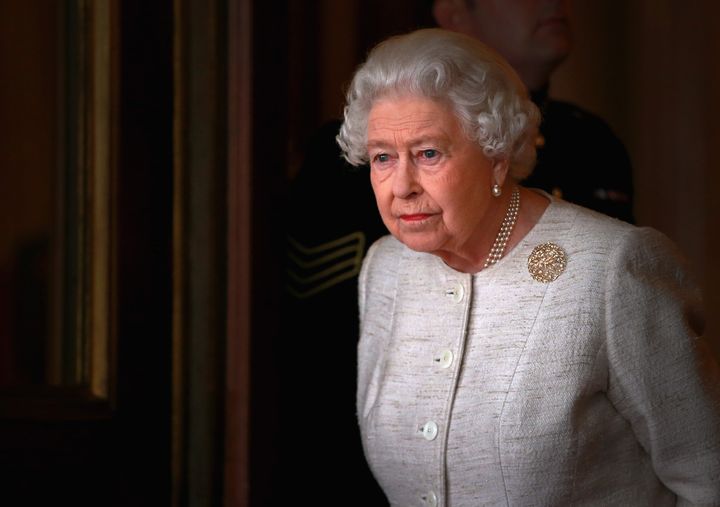 Rose also implored supporters of the queen to keep her in mind before harassing members of Oxford.

“If you are one of the people currently sending obscene and threatening messages to the College staff, you might consider pausing, and asking yourself whether that is really the best way to show your respect for the Queen,” she said.

“Or whether she’d be more likely to support the traditions of free debate and democratic decision-making that we are keeping alive at Magdalen.”

Buckingham Palace had no comment for HuffPost on Wednesday. Oxford University and Magdalen College did not immediately respond to requests for comment.

Predictably, some people decried the students’ decision as “absurd” and proof of “cancel culture.”

“She is the Head of State and a symbol of what is best about the UK,” he tweeted. “During her long reign she has worked tirelessly to promote British values of tolerance, inclusivity & respect around the world.”

Other British universities have experienced backlash for any seeming tributes to the monarchy. King’s College London recently apologized for sending out a photo of Prince Philip following his death. After a number of complaints from critics of the Duke of Edinburgh, associate director Joleen Clarke told students and staff that the school was “sorry to have caused this harm.”

“The inclusion of the picture was not intended to commemorate him,” Clarke said. “Through feedback and subsequent conversations, we have come to realise the harm that this caused members of our community, because of his history of racist and sexist comments.”

The royal family has been grappling with accounts of racism following Prince Harry and Meghan Markle’s interview with Oprah Winfrey in March. Meghan, who is biracial, said that one royal family member had expressed racist “concerns” over the color of their son Archie’s skin prior to his birth.

Revelations from the interview prompted Prince William to assert that the royals were “very much not a racist family.” Buckingham Palace also issued a statement on behalf of the queen, stating that “The issues raised, particularly that of race, are concerning. While some recollections may vary, they are taken very seriously and will be addressed by the family privately.”

The Guardian also recently uncovered and published documentation outlining former Buckingham Palace hiring practices that banned minorities and foreigners from holding office positions, though it did not prevent them from serving as domestic workers. The outlet said the practice continued until at least the late 1960s.

Prince Harry spoke of the royal family’s need to reckon with its colonial past and the history of the Commonwealth, which includes former British colonies, last July in an interview with young leaders of the Queen’s Commonwealth Trust.

“There is no way that we can move forward unless we acknowledge the past,” Harry said at the time.

“Its symbolic role is whiteness. Even now, the fact that we think the Queen represents Britain, just tells you all that’s wrong with so many people in this country,” he said in March. “You don’t even have to look that far back in its history. It is a champion of the Commonwealth, which is simply the British Empire. This is not something to celebrate. Most of the Commonwealth is the colonial possession of the UK.”