Prince Harry and Meghan Markle welcomed their first child, Archie, this past May. Meghan flew under the radar for a while after becoming a new mom, and she and Harry haven’t shared many photos of their little boy. With so much going on between the Sussex’s lawsuit and becoming parents, Meghan and Harry have had their plates full. But Archie has been the light of their lives since his arrival — and they recently admitted that he is “happiest” somewhere other than the United Kingdom. 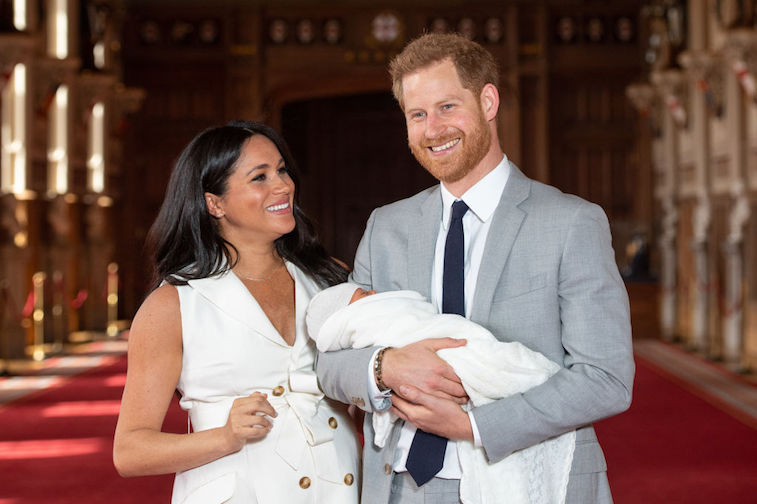 When Harry and Meghan were engaged, rumors swirled that the couple wanted to start a family right away. Many people thought that Meghan’s age was a factor in choosing to have kids as soon as they wed, but they both seemed genuinely ready and excited to be parents. The couple married in May 2018 and announced a pregnancy in October of that same year. They welcomed Archie Harrison in May of this year, and Meghan took some time off after his birth to acclimate to motherhood. Meghan returned from maternity leave shortly before the Sussexes took their first family trip to Africa in September.

They’ve been slowly introducing Archie to new places and faces

Right now, Archie is only six months old, but he’s already met some pretty important people. Of course, he’s spent time with his extended family, but he’s also met some of the famous friends of Meghan and Harry, including Elton John, Nick Jonas, and Priyanka Chopra. Plus, Archie met Archbishop Desmond Tutu while he joined his parents on their tour of Southern Africa. Earlier this fall, the Sussexes embarked on a tour of four countries in Southern Africa, and it was their first trip as a family. And while it was impossible to plan on how Archie would adapt to the different countries, Meghan and Harry were surprised to learn he loved them.

Harry and Meghan admitted Archie was his ‘happiest’ while in Africa

Meghan and Harry have said in the past that Archie is a very happy baby. But there was something about Africa that brought out excited behavior in their little boy that neither Meghan nor Harry had ever seen. “He was bouncing up and down, he’s making more noise than he’s ever made, and he’s smiling all the time,” Harry said of Archie in the Sussexes documentary. Meghan added that he was happier than ever while they visited. “He is the happiest here, just so chatty the past two days.”

He will likely attend many more trips with his parents

Meghanand Harry’s Africa tour was the first place Archie ever visited outside theUnited Kingdom, but it definitely won’t be the last. The family is rumored tobe making a trip to the United States to spend Thanksgiving near Meghan’smother, and undoubtedly, there will be more royal engagements for Archie toattend after that. It’s possible that he caught the travel bug early in life,and we’re excited to learn how he adjusts to new places down the road.