Princess Anne, 70, joined her mother Queen Elizabeth II, 95, for an outing in Glasgow on Wednesday. Senior royals have descended on Scotland during Holyrood Week and carried out a number of engagements across the nations to strengthen ties to the Union amid renewed calls for independence.

Anne is known to be one of the hardest-working members of the Firm and provides vital support to the Crown.

Both the Princess Royal and the Queen seemed to be in high spirits as they visited a Glasgow community project that encourages children to get in touch with nature.

Tweeting about the engagement, royal reporter Omid Scobie wrote: “For the penultimate day of #RoyalWeek, The Queen was joined by Princess Anne at the @childrens_wood in Glasgow, a grassroots community initiative that connects people to nature. 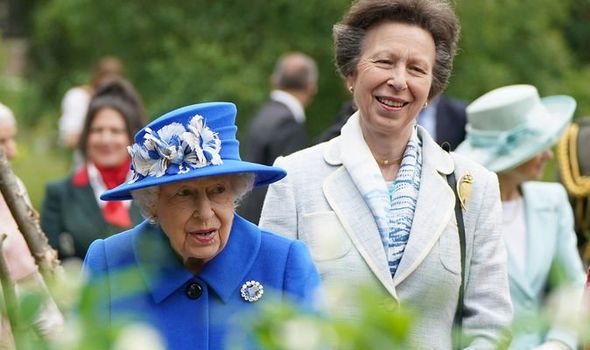 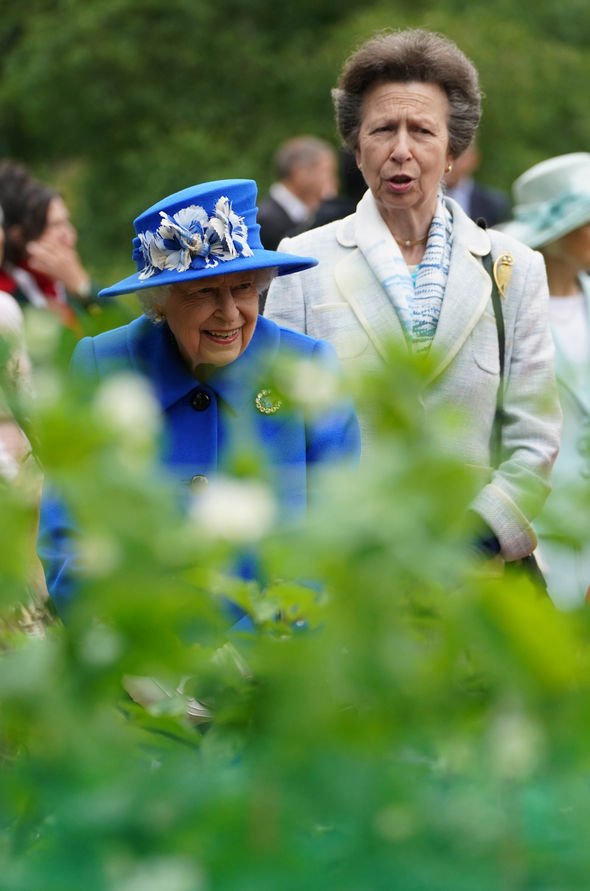 A body language expert analysed photos of Anne with the Queen as they met children enjoying a bonfire on Wednesday and shared her insights with Express.co.uk.

While the Princess Royal is said to be a chip off the old block of her late father Prince Philip she also shares key traits with the Queen. Judi claimed.

The analyst told Express.co.uk: “Respectful and loving but not remotely intimidated, Anne’s relationship with her mother is probably the strongest in the Queen’s life.”

Stoicism and a shared sense of human are two key traits that bond the Queen to her only daughter, Judi claimed. 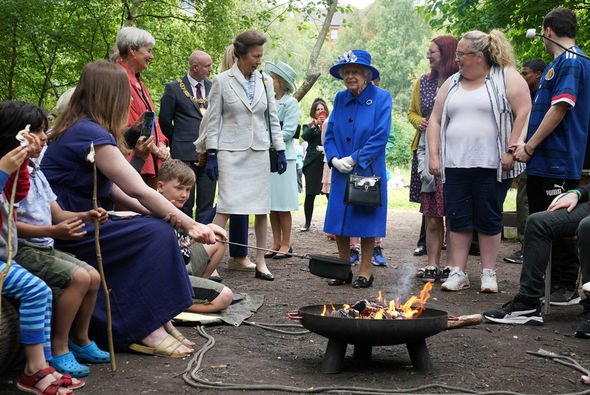 She explained: “Bound by their tendency for stoicism and a complete lack of self-pity (plus their love of horses), Anne’s clear shared personality traits with her father also make this a unique relationship in the Royal Family.

“When we can hear Anne talking to the Queen at events she sounds good-humoured and fully tuned into her mother’s sense of fun, suggesting the two women share jokes about some of the more ridiculous aspect of their days.”

Anne’s gestures reflect her deep affection for her mother and the ease she feels in her presence, Judi claimed.

The analyst added:   “Anne’s body language here shows her projecting the fondest of love and pride to her mother but without any fussing.”

“Anne appears to be someone who makes no compromises to age, speaking to very elderly people on her royal visits in exactly the same way as the younger ones and this is clearly something the Queen thrives on.

“We saw this recently at the G7 summit when she rejected offers of help or to swap knives as she set about that cake with a long and heavy sword.”

Anne and the Queen are close friends aside from their mother-daughter bond, Judi said. 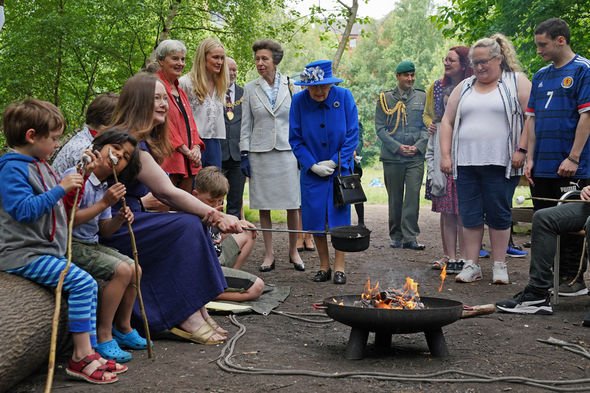 She added: “Anne is clearly daughter and friend to the Queen, with both women looking uniquely relaxed in each other’s company here.”

Anne was not the only royal to have joined the Queen in Scotland for Holyrood week this year.

On Monday, she was accompanied by her grandson Prince William during a tour of the Irn-Bru factory.

While Sophie, Countess of Wessex and Prince Edward have also carried out a number of engagements in Scotland in recent days.