Qatar’s showpiece Hamad International Airport, perched on the edge of the Persian Gulf, had a bit to boast about when it announced a forthcoming “spectacular indoor tropical garden and water feature” as part of its expansion plans.

The airport’s chief operating officer, Badr Mohammed al-Meer, promised that the burgeoning facility would “provide our passengers with a unique travel experience, keeping their needs as our top priority''. 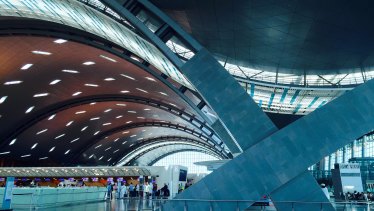 This was not how things played out however for 18 women who transited through the tiny Gulf State’s airport on October 2.

Seated and ready to take off by 8pm on Sydney-bound Qatar Airlines flight QR908, the passengers instead were given a steady stream of conflicting explanations about a long delay before the women – 13 of them Australian – were marched off the aircraft. Confused and frightened, some wondering if they were caught up in a terrorism incident, they were escorted to waiting ambulances where a number were subjected to humiliating and terrifying “invasive” physical examinations.

These extraordinary events – triggered by the discovery of a newborn concealed in an airport rubbish bin – became known inside the Australian department of Foreign Affairs and Trade [ DFAT] as early as October 4. One of the women caught up in the affair was a staff member of the department in transit, though not on duty at the time. Through her, word of what had happened reached the head of DFAT, Frances Adamson, via an overnight message on October 3. 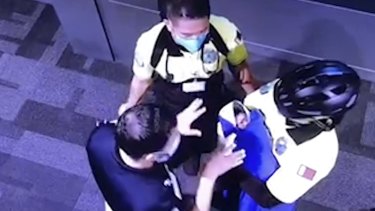 Several other women reported their ordeal to the Australian Federal Police once they’d touched down in Sydney, preparing to enter two weeks' hotel quarantine. Yet nothing reached the ears of the public until last Sunday, when Channel 7 broke the story.

Outrage has since built steadily as more details of the women's ordeal emerge. One, speaking anonymously to the ABC, told of being ordered to remove her underwear to allow a vaginal examination. Another described her treatment as “incredibly invasive”.

Illustrator Ffranses Ingram, who at 73 was spared the physical exam, was removed from the plane along with the other women.

“We had been travelling from other destinations and we were all tired – we just didn't know what was happening. In a way it was almost unbelievable,'' she told The Age and the Herald. ''I think the fact that they took us off in groups was strategic and designed so that nobody could band together and call the consulate, which is what should have happened.”

DFAT has since confirmed that women on up to nine other flights transiting through Doha at that time were also affected, though numbers and details remain unclear. It's understood the 18 on the Sydney-bound flight included women from Britain, France, Bulgaria, the Netherlands and Sri Lanka. 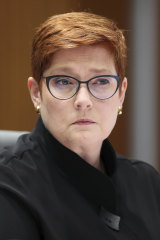 A defensively worded statement issued by Qatar’s Government Communications office mid-week focused on the the baby’s abandonment, calling it a “shocking and appalling” attempt to kill the child, which had triggered an “immediate search for the parents, including on flights in the vicinity of where the newborn was found”. The statement offered cursory “regrets” for “any distress or infringement on personal freedoms” but not a full apology.

That had changed by late Friday night, when Doha apparently thought better of its defensiveness. In a move welcomed by Payne, the Qatari Government Communcations office issued an updated statement, in which it offered its "sincerest apology" to the women affected, and said those responsible for violating what should have been standard procedures had been referred to the country's Public Prosecution Office.

"Specialised task forces are reviewing and identifying any potential gaps in the procedures and protocols followed at Hamad International Airport, in order to address them and ensure that any violations are avoided in future", the statement said.

"This incident is the first of its kind at HIA, which has served tens of millions of passengers without any issues like this before. What took place is wholly inconsistent with Qatar's culture and values."

In her reponse issued at 11 p.m. on Friday, Payne said she welcomed both the apology and the Qatari government's acknowledgement of "offensive treatment" of the women passengers. "The preliminary investigation of Qatar into this incident has shown illegal actions occured" she said, adding that it was an "important step that these offences have been referred [ for prosecution]".

Earlier in the week Payne had come under fire from her opposite number, Labor's Penny Wong, for not pursuing the issue by way of a personal phone call to her Qatari counterpart, but Friday night's developments will blunt that criticism.

In Qatar itself there’s been muted mainstream media coverage but active discussion on social media. “People are shocked,” said one young Qatari, who requested anonymity. “In our society, our culture, you don't even look a woman in the eye because this is disrespectful.”

There is also puzzlement about how such an order could have been given without factoring in the risk of massive reputational damage.

The tiny but hugely wealthy country has grown rich on oil and liquefied natural gas in recent years and hosts the major coalition al-Udeid air base. It has also sought to build itself up as an international travel hub, to rival nearby Dubai and Abu Dhabi in the United Arab Emirates. 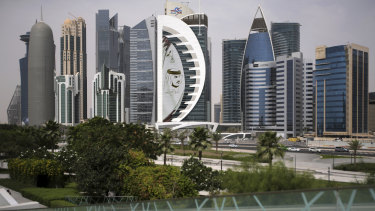 A giant image of the Emir of Qatar, Sheikh Tamim bin Hamad al-Thani, adorns a tower in Doha.Credit:AP

Qatar Airways basked in the “world’s best airline” title at last year’s Skytrax awards, and there’s been a lot of image-polishing in the build-up towards the World Cup, which Qatar is hosting in 2022. Indeed the planned expansion of Doha’s Hamad International Airport has been seen as a vital part of those preparations.

“This [controversy] is very poor timing for them,” Shanahan says. “They have come under criticism for the way in which they won the 2022 World Cup [ the subject of bribery allegations in the US]; they have also come under criticism about labour conditions for expatriate workers building the venues and because it’s such a small population they are very sensitive to external criticism.”

Dr Jessie Moritz, a lecturer at the ANU Centre for Arab and Islamic Studies, says “this event is not the image Qatar wants to present to the world”.

Nor is it a good time for Qatar – a state of just 11,600 square kilometres – to be losing friends abroad. Since 2017 it has been sharply at odds with several of its neighbours, including Saudi Arabia, the UAE, and Bahrain over its friendliness with Iran and Turkey, and its alleged tolerance of organisations linked to the funding of terrorism.

Moritz, who has lived in Qatar, describes it as “incredibly diverse” with a “lot of room for cross-cultural communication errors”. Native Qataris comprise only 10 to 15 per cent of a population of less than 3 million; the rest are expatriates and migrant workers from India, the Philippines, Bangladesh, Nepal, Egypt, and Sri Lanka, among other nations. It’s also, says Moritz, a patriarchal society with “very harsh penalties” for extramarital affairs and sex outside marriage.

Yet it does not restrict women as harshly as Saudi Arabia. More females than males have graduated from higher education, and Qatar’s assistant foreign minister is a young woman, Lolwah al-Khater.

Ruling over the whole is the hereditary Emir, Sheikh Tamim bin Hamad al-Thani, whose family has been in power for more than a century, and whose council of ministers is hand-picked.

The Doha incident is a stark reminder – if any was needed – that there are no special protections for international passengers who are only in transit. “A country’s law applies in full throughout its own territory,” says Ben Saul, professor of international law at Sydney University. He also believes there is little hope of legal redress, unless compensation is freely offered by Qatar Airways. Foreign state immunity means it's “super-hard to proceed against state agents, even if they are acting unlawfully”, Saul adds.

Chair of the Australian Federation of Travel Agents, Tom Manwaring, says there’s no reason to avoid Gulf transit points because of the women’s ordeal. “It’s terrible what has happened, but we would hope it would never be repeated. It's the first time I have ever heard of anything like that happening, anywhere, in my 50 years of travel.”

But Ffranses Ingram says she wishes never to fly via a Middle Eastern country again. She is also unhappy about what she sees as a lack of government action. She says the police have rung her and told her it's more or less out of their hands. No one from DFAT has made direct contact.

A government source said it was up to the women to initiate contact with the department, not the other way around, yet the only contact point that appears to have been offered (at least to Ingram) is DFAT’s generic consulate assistance number. On Friday, however, Payne said the Australian government would "endeavour to provide any support [ the women involved] may need.

The most important news, analysis and insights delivered to your inbox at the start and end of each day. Sign up to The Sydney Morning Herald’s newsletter here, to The Age’s newsletter here and Brisbane Times‘ here.