Queen Elizabeth II sparked concern when she was spotted using a walking stick during an event at Westminster Abbey on Tuesday.

However, a source told Page Six that Her Royal Highness was just using the cane “for her comfort.”

The insider did not disclose whether the 95-year-old recently suffered an injury or health issues.

The Queen and her daughter, Princess Anne, were at the collegiate church in London to attend a Service of Thanksgiving to mark the Centenary of the Royal British Legion on Tuesday.

Her Majesty was photographed wearing a royal blue overcoat with large gold buttons and a matching hat.

Aside from her cane, she was seen holding on to a large black purse.

The matriarch of the British royal family appeared gleeful as she flashed a smile in the priest’s direction and did not appear to be in any sort of pain. 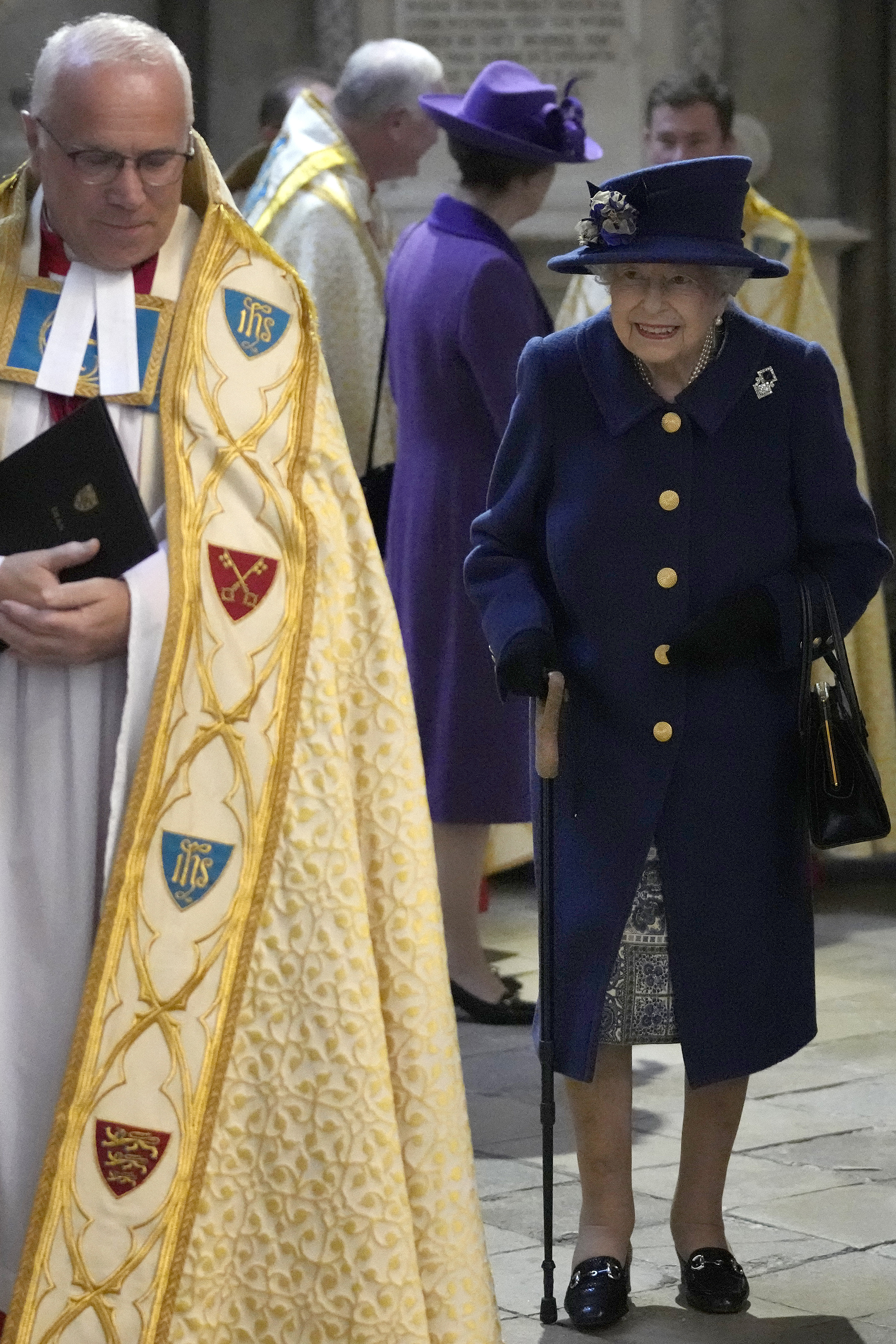 Upon leaving the church, she was seen holding on to a bouquet of flowers along with her walking stick — without any additional assistance.

The last time the Queen publicly used a cane was in 2003 after knee her surgery. 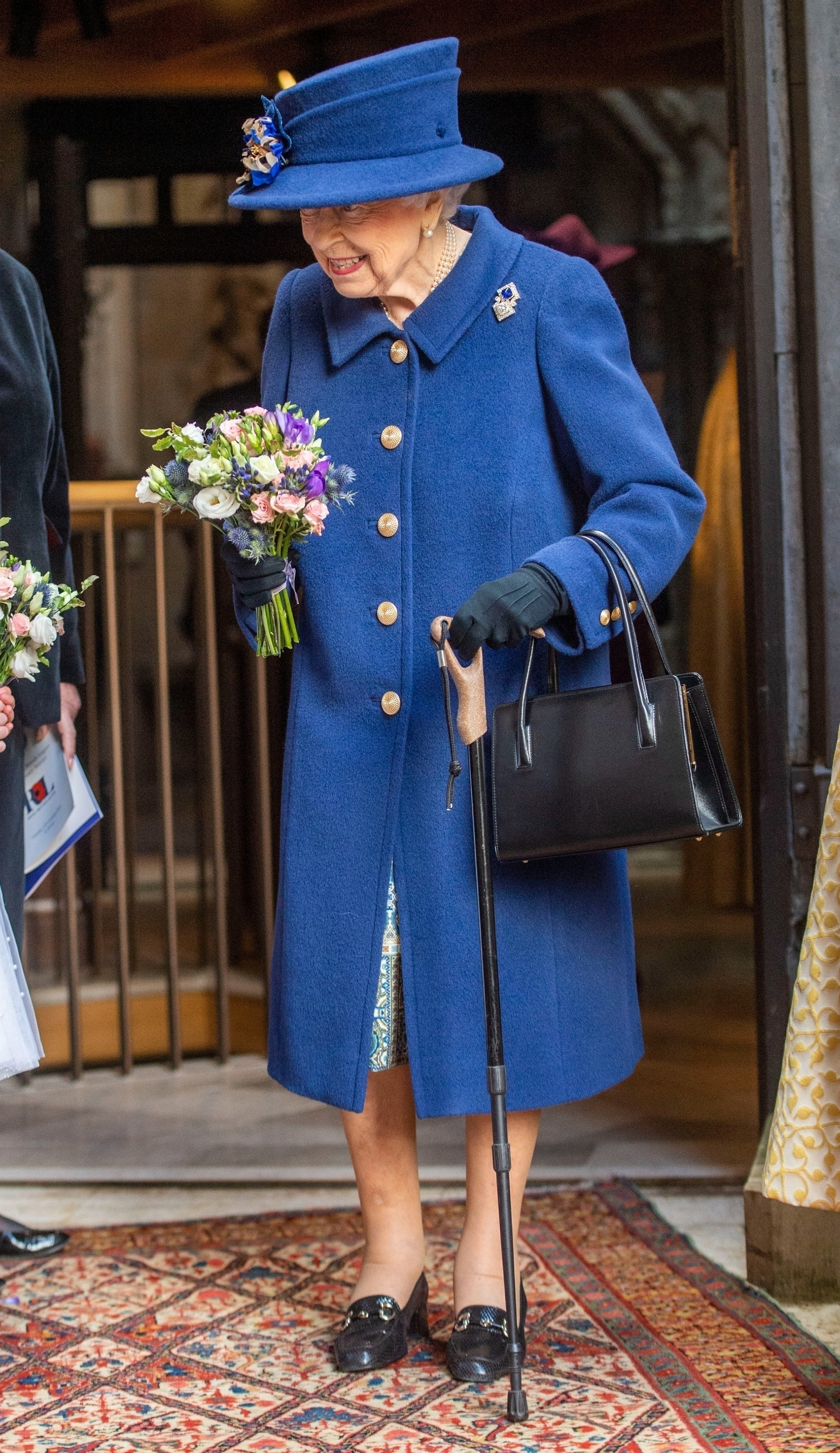 According to a 2003 CNN article, the then-76-year-old twisted her knee while walking on uneven ground during a visit to Newmarket racecourse in eastern England before Christmas.

She then underwent a 45-minute minor operation to remove torn cartilage, and was expected to be “fully active again within a few weeks.”

Then 16 years later, in 2019, the British tabloid The Daily Express reported that the Queen had been complaining the year prior that she was in pain again over her knee but was refusing to get surgery.

“She was talking to friends at the Chelsea Flower Show and said her knees were playing up,” a palace source reportedly said in 2018.

“But she is reluctant to have an op due to the time it would take to recover. She is incredibly brave.”

The insider added, “People from her and Philip’s generation battle through problems and carry on. And Her Majesty doesn’t like to cause any fuss.”