The premiere of Bachelor in Paradise might still be a few weeks away (August 5th cannot get here soon enough!), but ABC’s recently dropped trailer already promises “hookups, breakups, and OMG moments.”

As with previous seasons, Paradise brings back some of Bachelor Nation’s most beloved (and hated) personalities, putting them up in a luxury resort in Mexico so they can find their one true love. But, of course, because it’s part of the Bachelor franchise, a lot of ~drama~ goes down along the path to happily ever after (or, at least, on the path to happily ever Instagram influencer.)

ICYMI, peep the new trailer that just came out on July 22:

We have SO MANY QUESTIONS. Meet us on the beach for #BachelorInParadise in 2 weeks! pic.twitter.com/FB811f1Ckc

Bachelor in Paradise begins with a two-night premiere on August 5 and 6 at 8 p.m. ET, with new episodes coming out every Monday and Tuesday for six weeks. In the meantime, however, Bachelor blogger Reality Steve has already released **several** pages of BIP spoilers that help put the new trailer in context. Here’s everything the unofficial king of Bachelor Nation knows so far:

Demi Burnett is in a love triangle.

“I know that I love this girl. I’m just so happy that I found her, and I can definitely picture being with her for the rest of my life,” Demi says in the trailer. (Btw, the reality star also formally came out on Twitter after the trailer release, saying “Spoiler alert: I’m a queer queen.”)

In that same trailer, she’s also seen making out with Derek Peth. “Last night, Demi and I had a really fun time in the hot tub,” he explains. “That’s not something I should have to hide.” 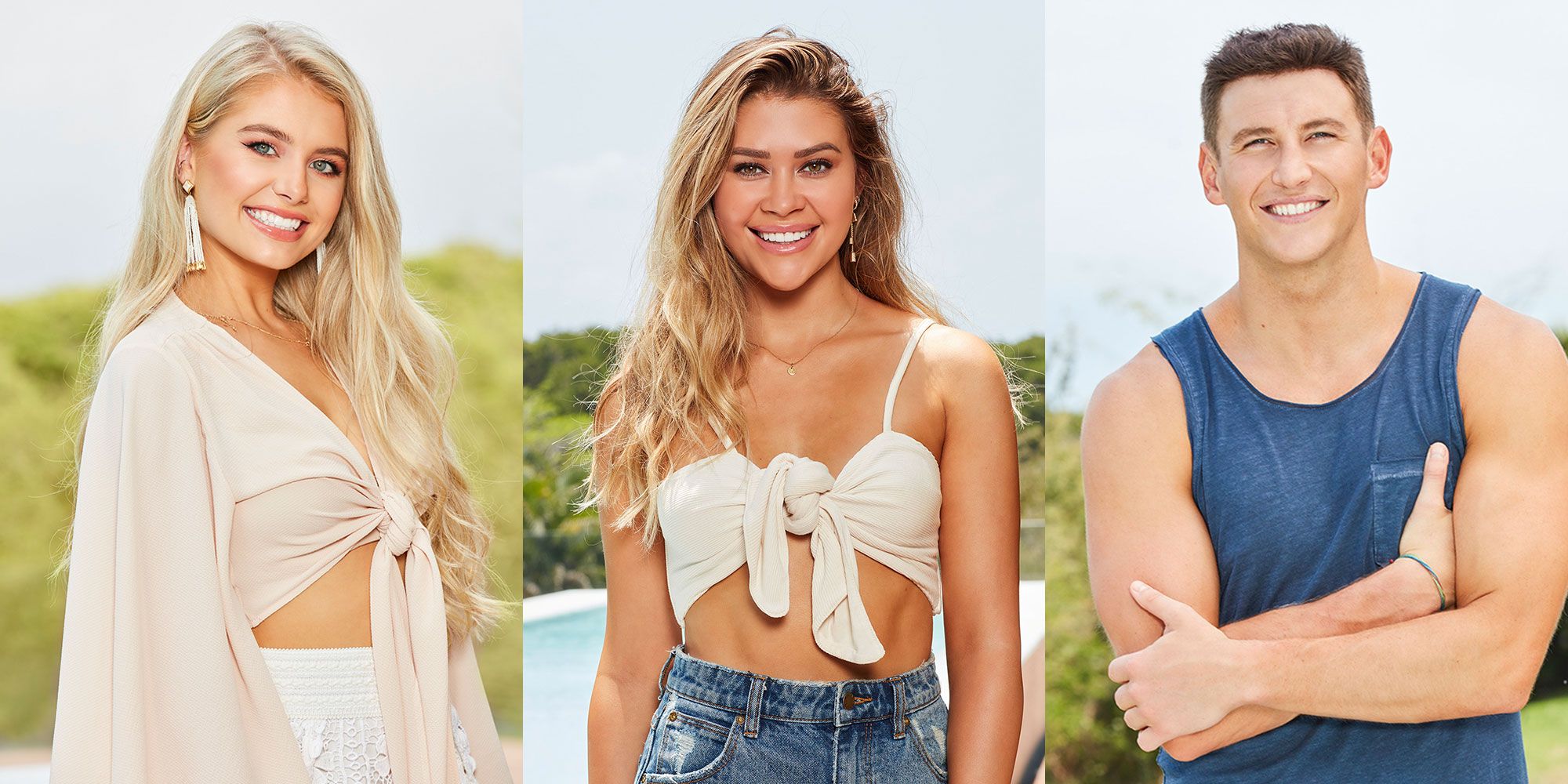 Three people were flown to Mexico and put up in a hotel but don’t appear at all on the season (or, at least, not yet):Brooks Forester, Nina Bartula, and Danielle Lombard. So…tbd what—if anything—happens with them.

There’s going to be a huge fight between John Paul Jones and Derek.

Two men are seen duking it out in the trailer. Catelynn, at least, is surprised it’s for real, and says, “They’re like actually fighting.”

According to Steve, “Essentially JPJ accuses Derek of saying something along the lines of using women, or using Tayshia, JPJ takes to her defense, Tayshia essentially takes JPJ’s side during this fight and Derek ends up crying and leaving the show.” Yikes.

There are (a few?) engagements.

“I smell an engagement, and it feels amazing,” someone who certainly sounds like Demi says in the trailer. Per Reality Steve’s previous spoilers, three couples pop the question: Hannah Godwin and Dylan Barbour, Katie Morton and Chris Bukowski, and Demi and Neil Lane.

Watch another BIP success story, Ashley and Jared, test how well they know each other:

There’s also at least one wedding, though it’s unclear if it’s for a couple who also got engaged this season (more on that in a sec).

Connor and Whitney get together at Chris and Krystal’s wedding.

Throughout the trailer, there’s footage of a wedding. If it looks like Chris and Krystal’s, that’s because it is. “So what happened was, they actually sent Whitney to Connor’s room, and Whitney and Connor got to spend a few days in Mexico together and they are still seeing each other last I checked,” Steve writes.

Steve wrote that he saw several pictures of the couple in Europe post-Paradise, though he’s not 100-percent sure if they’re still together. That said, he wishes the couple well. “Or should I say good luck Caelynn,” he writes, “because in a few months, dude will move on to someone else. It’s who he is.”