Remains of one of Napoleon's 1812 generals believed found in Russia

MOSCOW (Reuters) – More than 200 years after he died of his battlefield wounds in Russia, archaeologists believe they have found the remains of one of Napoleon Bonaparte’s favorite generals buried in a park beneath the foundations of a dance floor. 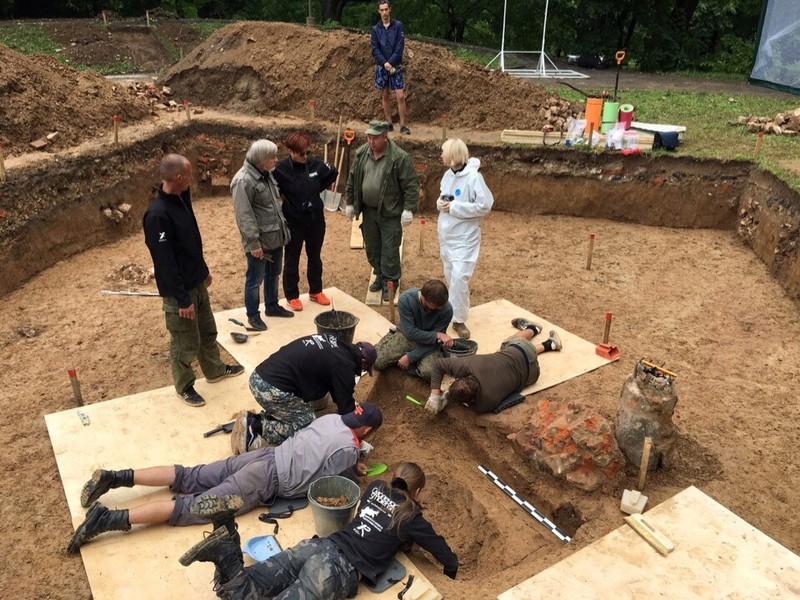 General Charles Etienne Gudin, whose name is inscribed on the Arc de Triomphe in Paris, died aged 44 on August 22, 1812, after being hit by a cannon ball during Napoleon’s unsuccessful invasion of Russia.

Gudin was personally known to and respected by Napoleon, and after his death his heart was cut out and carried to Paris to be placed in a chapel in the French capital’s Pere Lachaise cemetery.

A bust of his likeness resides in the Palace of Versailles, and a Paris street bears his name.

A team of French and Russian archaeologists say they discovered what they believe to be Gudin’s missing remains on July 6 during a dig in the Russian city of Smolensk, 400 km (250 miles) west of Moscow.

Records from the period indicate that Gudin’s battlefield injuries meant he had to have his left leg amputated and also suffered damage to his right leg.

Archaeologists say the remains which they found in a coffin are consistent with those injuries and believe “with a high degree of probability” that they have found the aristocrat and veteran of both the French Revolutionary and Napoleonic wars.

French historian and archaeologist Pierre Malinovsky, who played a central role in the discovery, has hailed the find as the culmination of a long search.

“It’s a historic moment not only for me but for I think for our two countries,” Malinovsky told Smolensk newspaper Rabochy Put (Worker’s Journey), saying Napoleon had personally known Gudin since his childhood.

“Napoleon was one of the last people to see him alive which is very important, and he’s the first general from the Napoleonic period that we have found.”

The Russian military-historical society, which was also involved in the dig, said the find, if confirmed, would be a sensation. “It’s possible that we’ll have to identify the remains with the aid of a DNA test which could take from several months to a year,” it said.

“The general’s descendants are following the news.”