A RETIRED decorator has transformed his bland council house with an unbelievable paint job.

Robert Burns, 74, dedicated the best part of 18 years painting every inch of his three-bedroom home to mimic the likes of Leonardo da Vinci and Michelangelo. 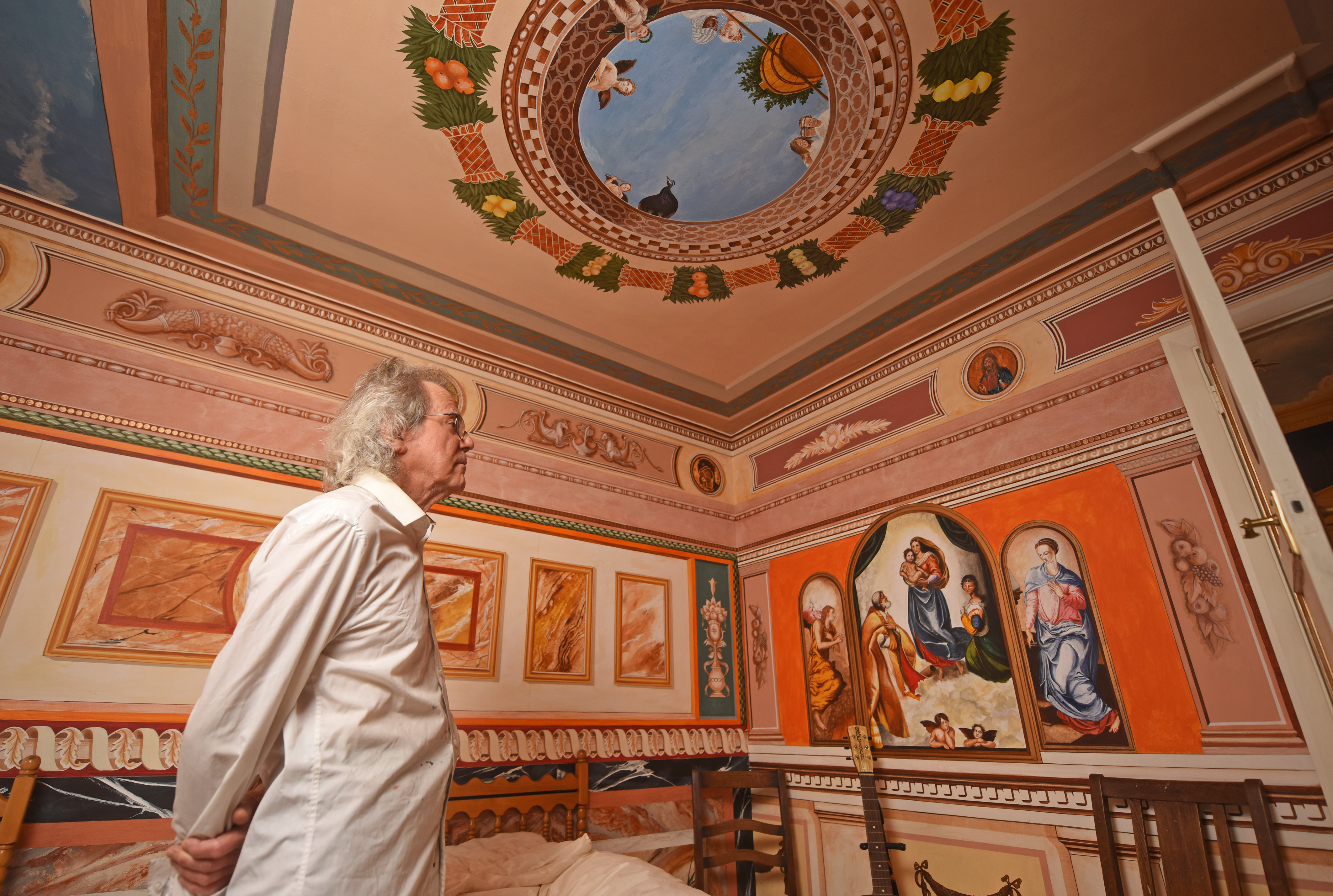 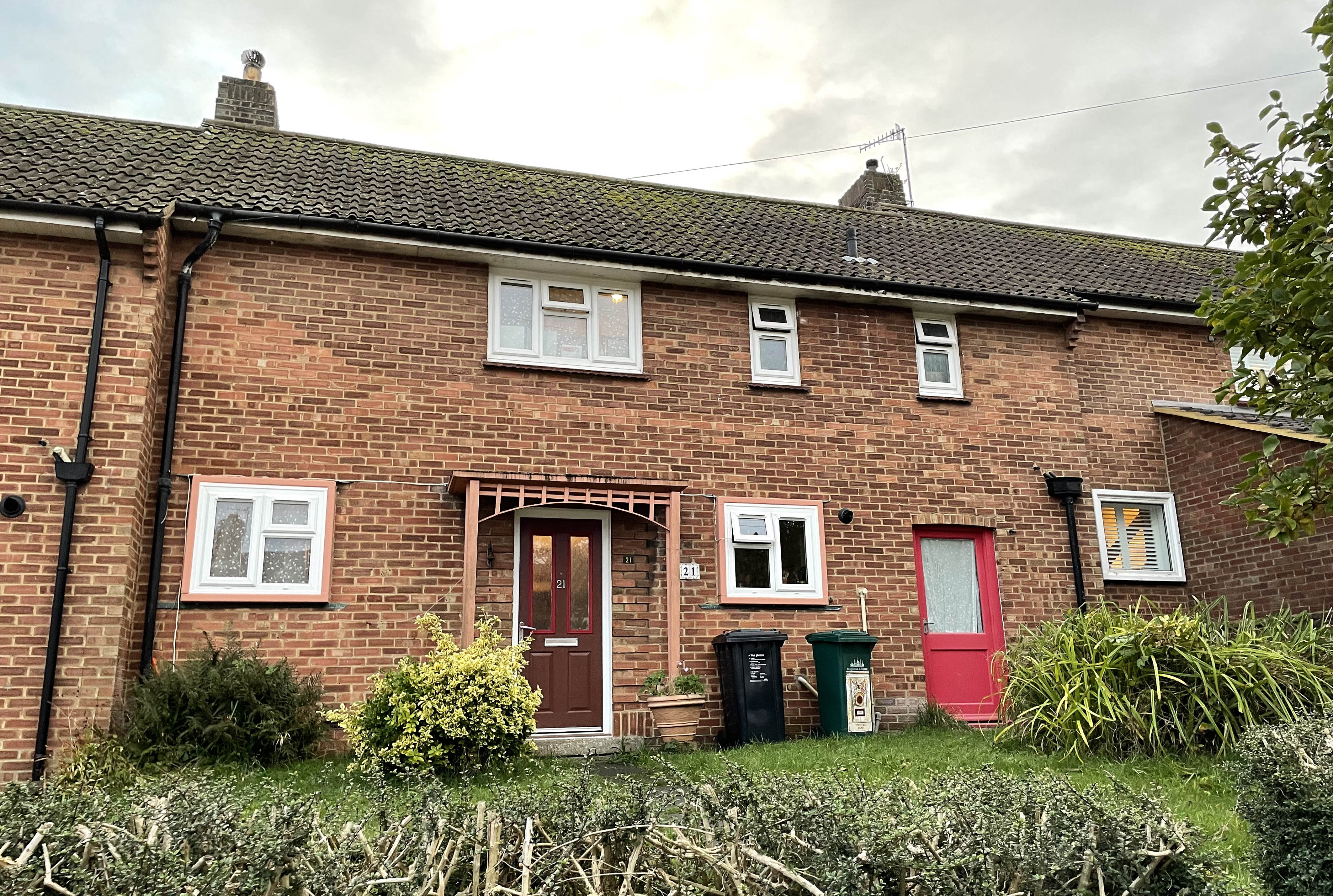 He started the project – inspired by the Sistine Chapel in Vatican City – in 2003, after moving into the "bland" three-bed terraced council house in Brighton with his wife.

Now, Robert has finally run out of wall space for his elaborate renaissance-style paintings – but that still hasn't stopped him.

He said: "When I moved into the home in 2003, I felt the home was very bland and simple throughout.

"I used to visit car boot sales in Lewes and I found a book that had pictures of the Sistine Chapel and remember thinking, what an amazing place that is.

"I started buying even more books from charity shops and I built up a collection of beautiful books that I took inspiration from.

"You can decorate council houses in whatever way you want and this is what I chose to do to make it my own.

"I only truly discovered my talent for painting when I began redecorating the house and I do wish I had discovered it when I was younger as life as an artist would have been great fun.

"I have no more space so I've moved onto painting canvases and I just stack them up in the spare room."

Robert has now turned his attention to celebrity portraits in his iconic style.

He added: "I've began painting celebrities in renaissance style; my most recent has been Phillip Schofield and Holly Willoughby.

"During the first lockdown, I also painted Boris Johnson and did a few Sandro Botticelli inspired paintings.

"We won't ever move out of this home and the next people that do eventually move in can choose to paint over it all if they wish to."

Astonishingly, despite leaving no wall bare in his flat, Robert has spent less than £500 on acrylic paints over the 14 years.

Meanwhile, a couple have managed to double the price of their property by doing renovations themselves.

But there are some home renovations that could actually reduce the price of your home.

A handy tool calculates how much value home improvements could add to your property. 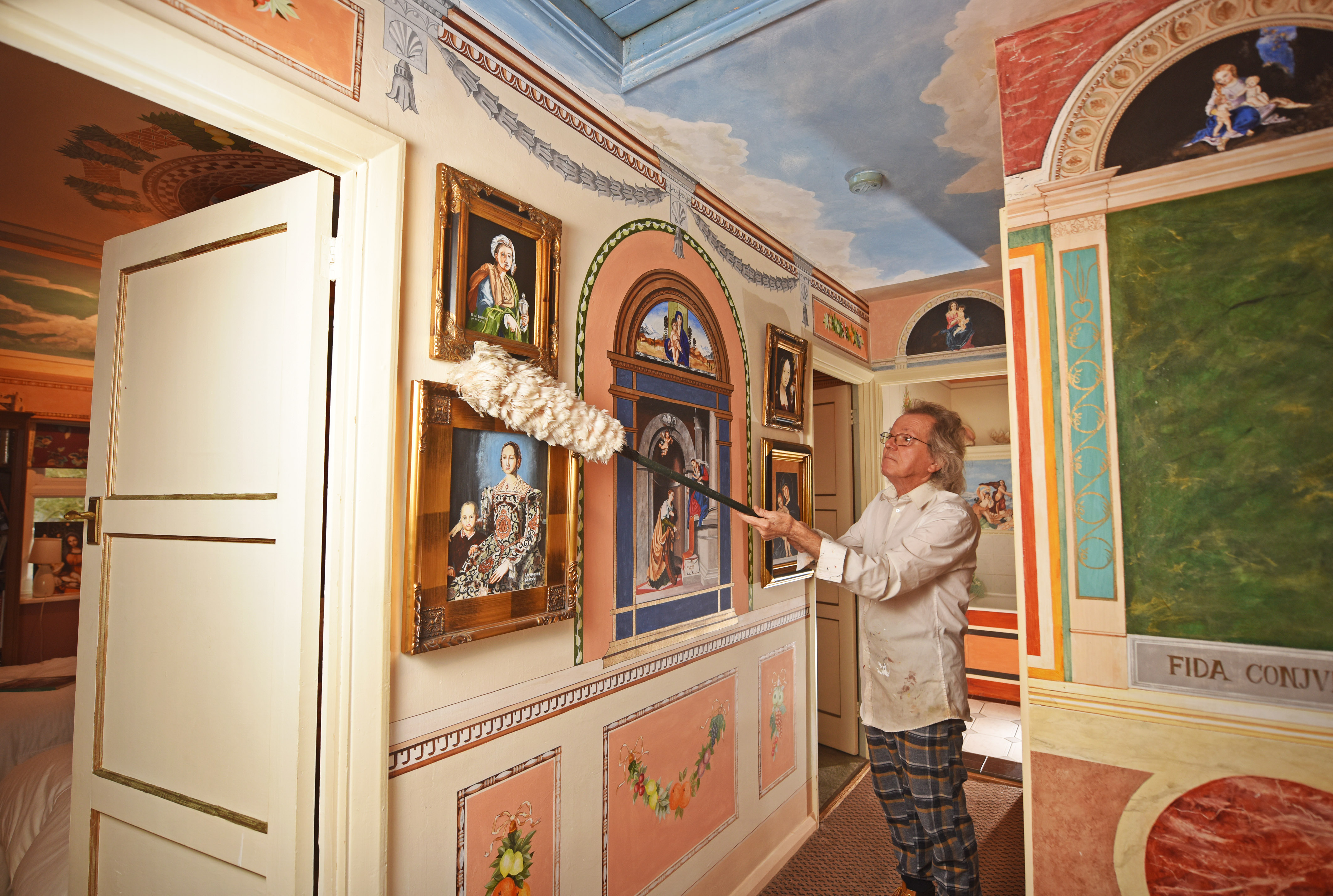 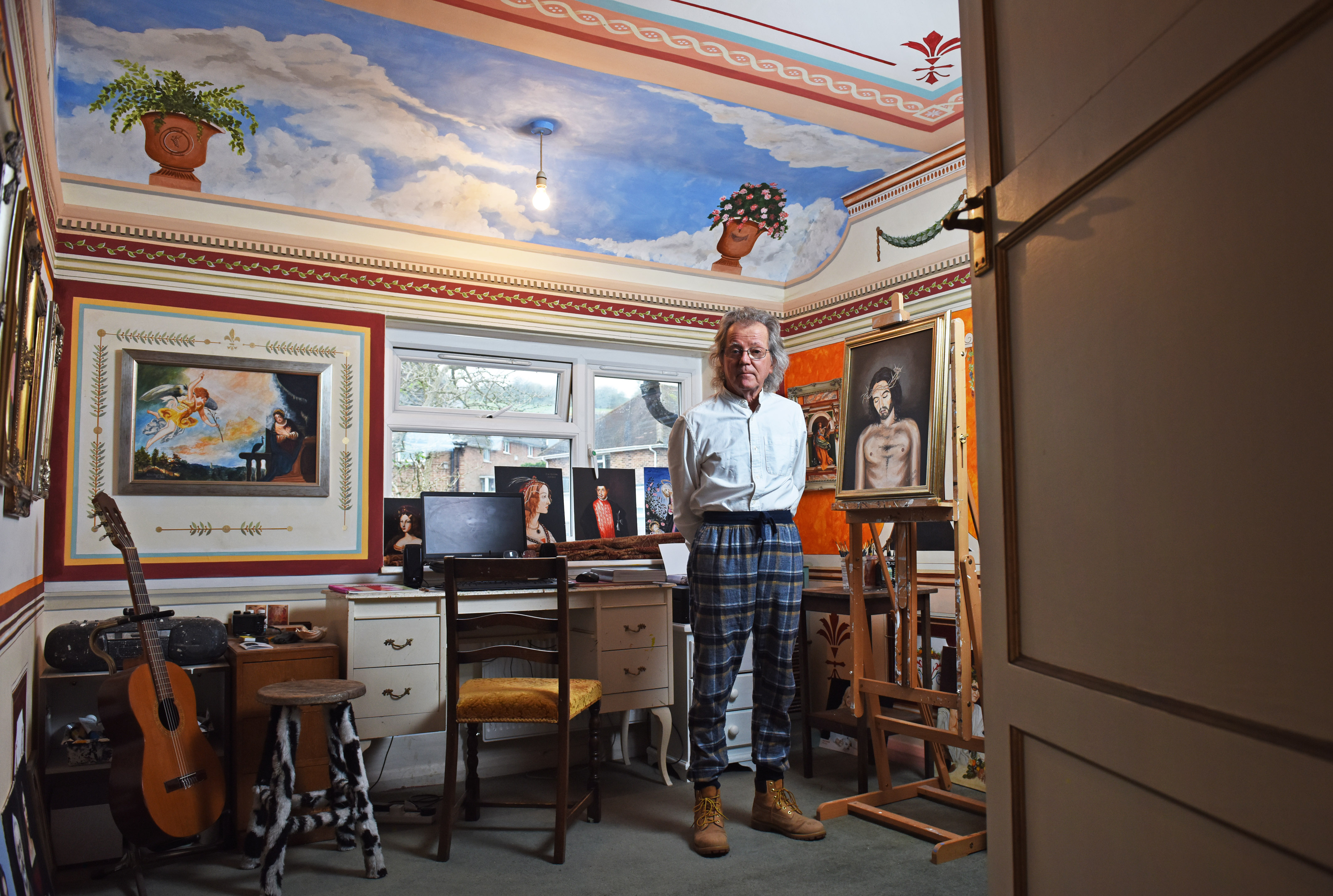 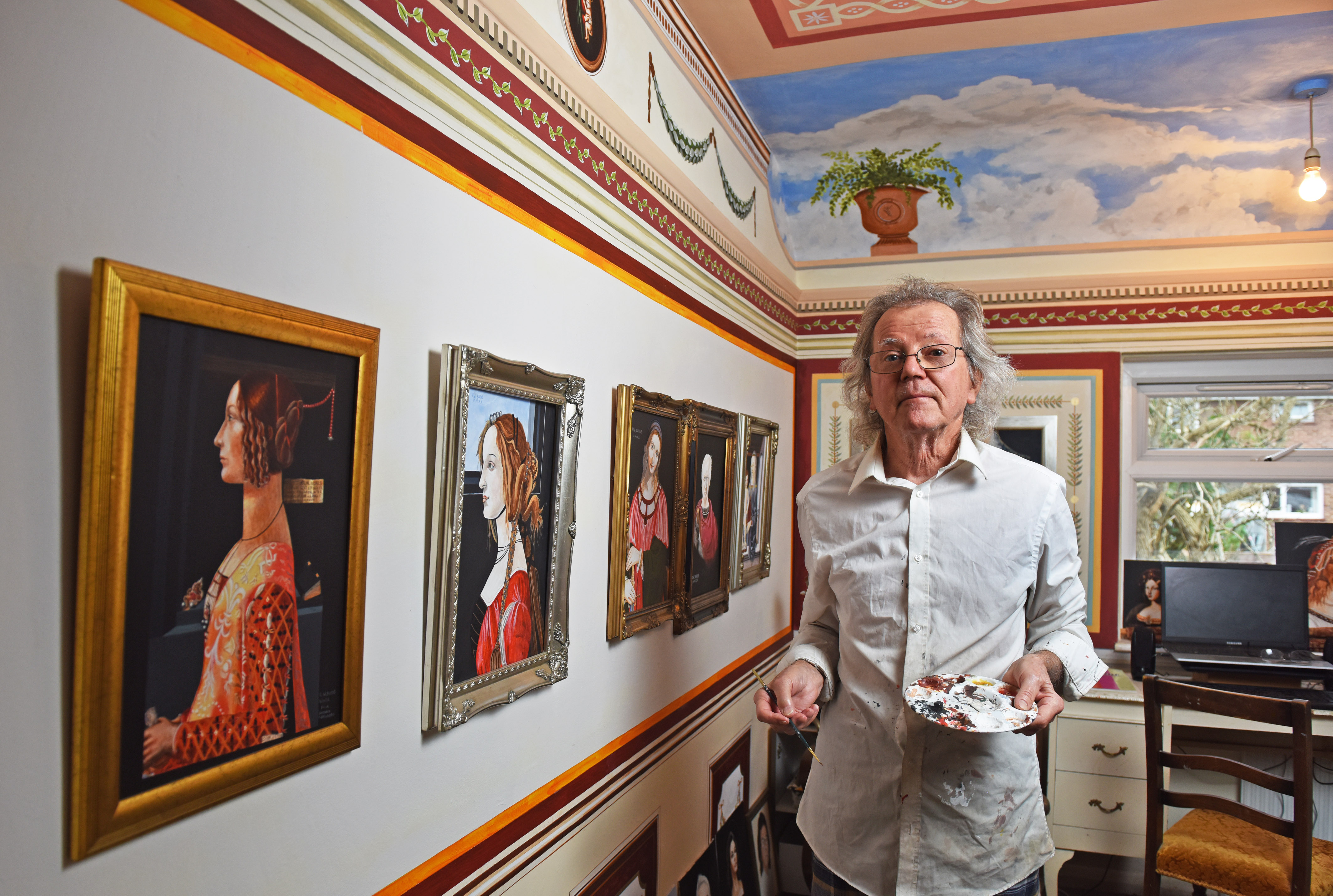 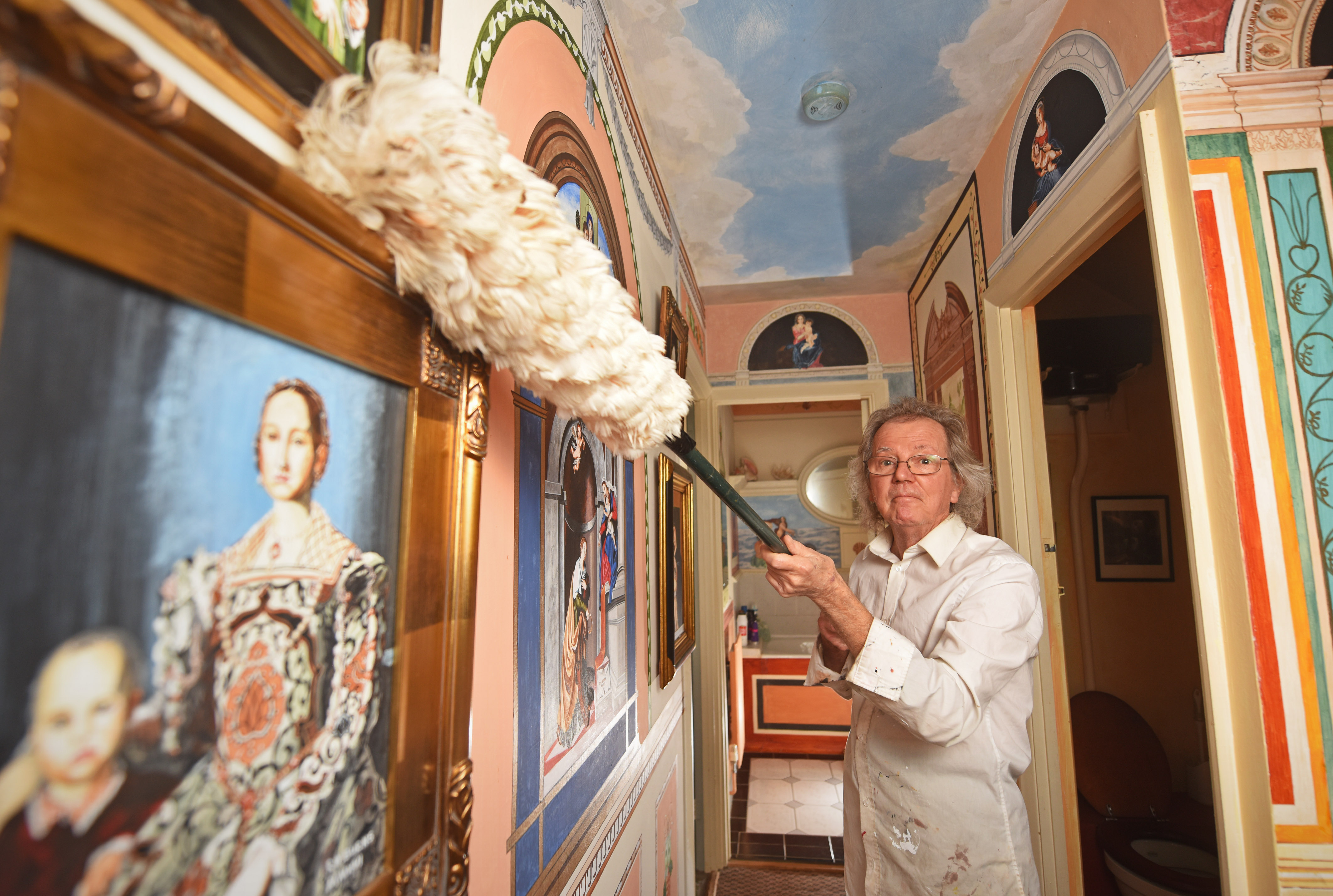