Police say she was “found outside the vehicle a short distance away in grave condition.”

Singer Taylor Dee died at the age of 33 following a rollover car crash in Texas on March 14.

“Taylor Dee was the real deal,” Linda Wilson, president of the Texas Country Music Association, told CBS DFW. “A true talent with a heart and passion not only for her music but for people. In every performance, her talent was evident, but more importantly she allowed her fans to know her heart. She will be missed tremendously.” 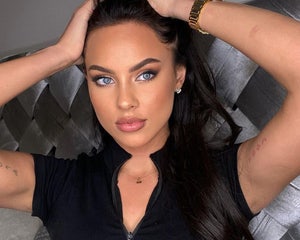 Officials believe Taylor missed a turn off the exit in her 2002 Chevrolet Trailblazer and slammed into a barrier, causing the vehicle to roll over and hit an overhead sign.

Taylor was reportedly not wearing a seat belt and ejected from the SUV. Police say she was “found outside the vehicle a short distance away in grave condition.” She was transported to a nearby hospital where she later died from the injuries.

A male passenger, said to be wearing a seat belt, survived with minor injuries. He was released from the hospital the next day.

The Tarrant County Medical Examiner’s Office is performing a toxicology screen to see if alcohol played a role.

Her first single, “The Buzz,” was released in June 2019 and gained traction on Texas radio stations.

Taylor is survived by son, Vayden, and daughter, River.

A GoFundMe account has been set up in her honor with a goal of $15,000. The page describes Taylor as “a shining star who was going to make it in this world and chasing her dreams like the rest of us wish we could.”