SARAH VINE: Not for a long time has the dying of an old year and the dawning of a new one felt so fraught with real meaning – and hope

The bittersweet weeks of that first lockdown, when many families rediscovered the joy of being together (not to mention the delights of sourdough and banana bread) while others felt the biting pain of separation. The way a nation of NHS volunteers stepped up to help those in need, while others flouted the rules in hedonistic displays of spectacular covidiocy. 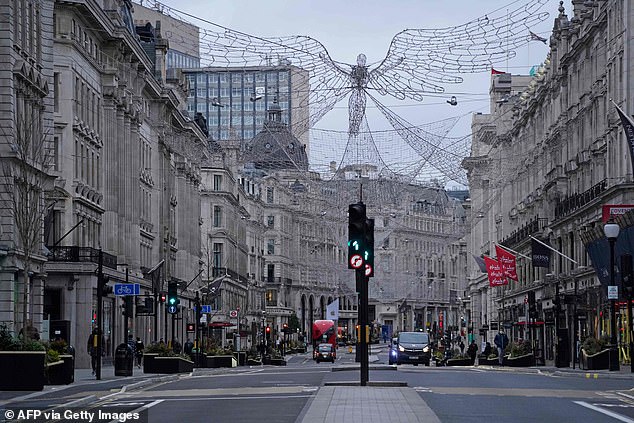 A summer of cautious optimism, a brief window of respite – followed by a crushing winter of dashed hopes

A summer of cautious optimism, a brief window of respite – followed by a crushing winter of dashed hopes.

The highs and lows of a year like no other, a year that many would rather forget but that will remain in our memories for decades to come.

Nothing quite like Covid has happened to the world for a long time. For a start, it has been a truly global experience: there is nowhere, no corner of Earth, that has been untouched by this pandemic. That in itself is quite remarkable, when you stop to think about it.

But for us in the West, it’s been an especially rude awakening.

BC (Before Covid), insulated by decades of relative wealth and largely peaceful democracy, we had grown used to thinking of ourselves as pretty much immune to such things. Plague, famine, war: these were tragedies that befell other nations, other peoples. On the radar, yes, but rarely on our doorstep – or not, at least, in the space of the past few generations.

Covid has changed all that.

Look at a global infection map, and a clear picture emerges. It is the West in particular, with its high proportion of elderly citizens and disproportionately lavish lifestyle, that has suffered the highest death rates.

Our successful healthcare systems and widespread access to advanced medicines means that – happily – we now live longer than ever, assisted by sophisticated drugs and treatments. But it also means we have disproportionately high numbers of individuals for whom Covid represents a very serious threat. 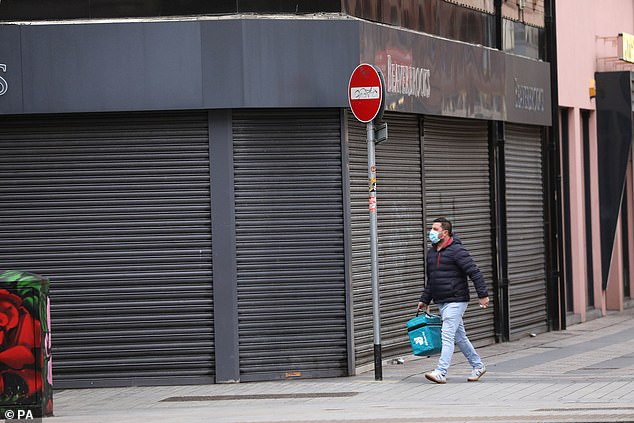 BC (Before Covid), insulated by decades of relative wealth and largely peaceful democracy, we had grown used to thinking of ourselves as pretty much immune to such things

That is not the only irony. We are also well-fed, much more so than poorer countries. And obesity, one of the less desirable side effects of good living, is now a well understood co-morbidity in Covid. Indeed, after age, it is the second-biggest risk.

There is a third factor too. We are consumers, not producers. Our economy – or at least what remains of it – is largely service-based. Hospitality, entertainment, retail – all sectors most affected by anti-pandemic measures, in many cases irreparably.

Thus Covid is so much more than a straightforward virus, a disease that threatens human life. It also attacks our very way of life, in a manner that few of us would ever have contemplated or predicted.

As well as the shock of the rising death toll is the realisation, in many ways just as frightening, of how precarious our position is, both on a personal and a national scale.

This virus, like a Hollywood disaster movie script, has brought the spectre of death and destitution into all our homes. And it has been a great leveller. No one, no matter how rich or how powerful, has been immune to this thing. The virus breaks down all barriers, making us truly equal in the face of its cruelty. It is nature at her most unforgiving, Darwinian, without reason or emotion.

People have compared it to war. And maybe it is, but not as we have ever understood it.

In all previous wars, there has been comfort in togetherness, in drawing your loved ones nearer, even at the final reckoning. One of the greatest horrors of the pandemic is the way the virus has isolated victims at their hour of greatest need, depriving them of that most basic of human needs: love.

Too many people have died alone, been buried alone. Too many children have never said goodbye, too many mothers, fathers, sons and daughters have been consigned to the cold, hard earth or the flames of the crematorium without the honours they were due.

Who can forget the sight of the coffin of 13-year-old Ismail Mohamed Abdulwahab, lowered into the ground by strangers in hazmat suits, or the son who dared to put his arm around his grieving mother at his father’s funeral only to be practically rugby-tackled to the ground by a watching official?

No wonder, perhaps, that it took a man who experienced two world wars to show us all the way. Captain Tom, now Sir Tom. An inspiration not just for his indefatigable energy and zest for life; but also a reminder of why we have sacrificed so much to protect the elderly from this disease. He is living proof that the old have as much to contribute as the young, and that just because someone is no longer in the first flush does not mean we can simply abandon them to their fate.

He is also a reminder of what previous generations have endured, and – perhaps more importantly – survived. Because while we may bemoan our uneaten turkey dinners and the fact that we can’t see our families, the truth is that Sir Tom’s generation endured years of lonely Christmases, years of wartime privations and separations.

At least we don’t have bombs falling on our heads. At least we know our loved ones are safe in their homes and not lying freezing thousands of miles away in some sodden ditch. At least we have the luxury of technology to keep us all connected. It could have been – and indeed it has been – a great deal worse.

They say every age has its cross to bear, and for this one – and in particular for the politicians, scientists, medics and frontline workers who have been forced to wrestle with agonising life-or-death decisions – Covid will be a lasting legacy.

But it will not, in the long term, be an insurmountable one. Yes, the effects will endure long after the virus itself has been, if not completely tamed, then at least partly muted by a vaccine. Yes, there will be many aftershocks, both emotionally and economically. But 2021, with what looks to be a resolution on Brexit and the hope of successful immunisation, feels like it could be the beginning of the end to this nightmare.

Not for a long time has the dying of an old year and the dawning of a new one felt so fraught with genuine hope and meaning.

And as we raise a glass to the memory of those we have lost in this darkest of years, let us trust in better times to come.

A friend in Italy tells me the Pfizer jab – which only began to be rolled out in Europe yesterday but which has already been given to more than half a million people in the UK – has been available privately for several weeks to those in Italy with the money and the connections. The EU in a nutshell, really.

Among the most infuriating things about this time of year are the junk emails offering ‘memories of 2020’. First, I want to remember very little about this year, thank you very much. Second, they can be an uncomfortable insight into our shopping habits. For example, a friend got an email from M&S. Accompanied by a winking Percy Pig, it said she’d used her Sparks card 73 times this year, redeemed 13 special offers … and was hailed a ‘superstar shopper’, being the 17th biggest buyer of biscuits at her local branch. Trust me, M&S: that’s something no woman wants to be reminded of.