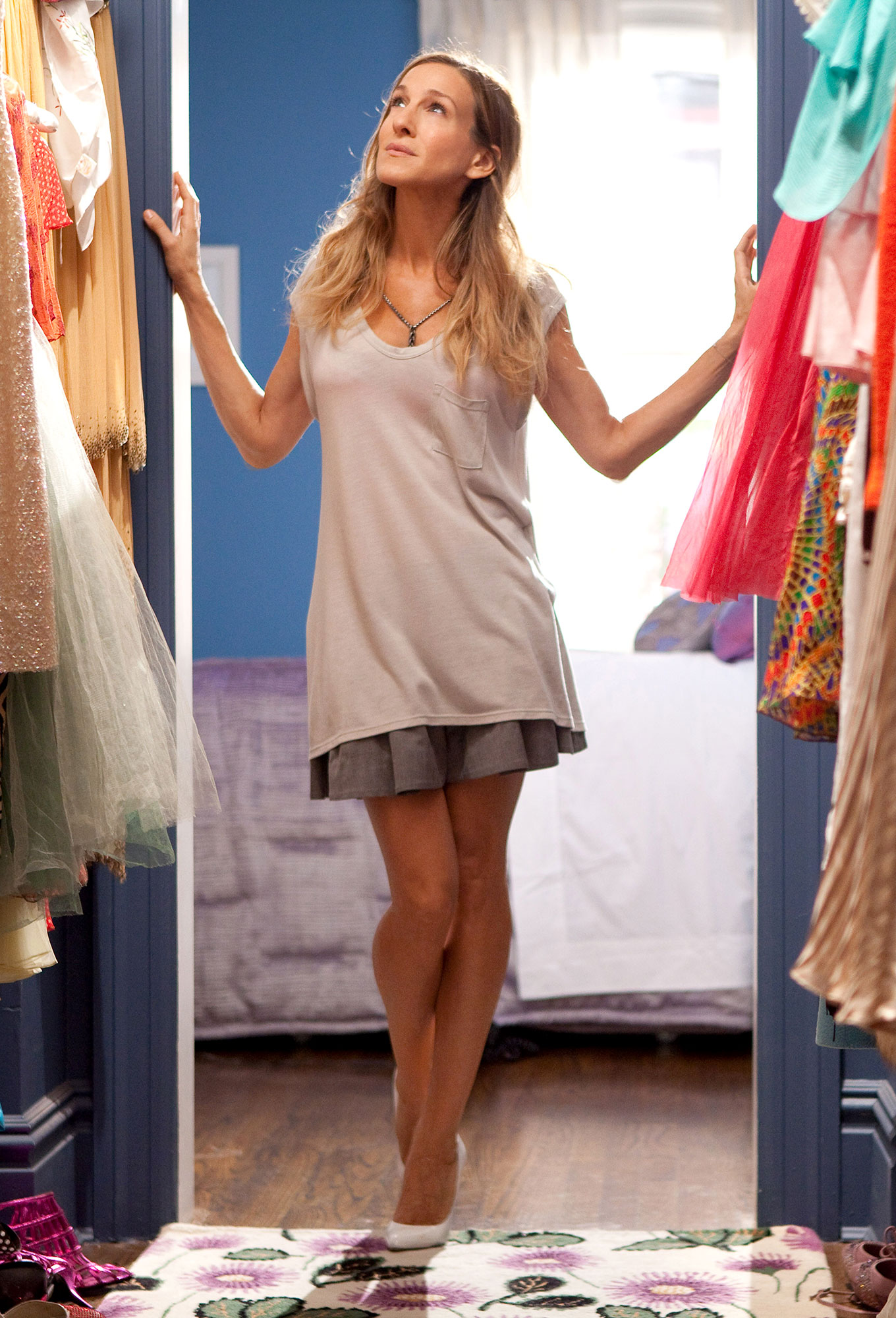 Under lock and key! Sarah Jessica Parker may just be slipping back into Carrie Bradshaw’s Manolo Blahnik pumps for the Sex and the City revival, but get this: she’s had all of her character’s iconic clothing tucked away in safe keeping for the past 17 years.

“I had all of the original stuff in my own storage. Furniture, clothes, everything, packed according to season and episode and scene,” the 56-year-old actress revealed in a Sunday, November 7, interview with Vogue. “I kept every single solitary thing.”

While Carrie’s quirky style and six year stint on Sex and the City undoubtably resulted in an overwhelming number of amazing couture items, there are obviously a few that stand out among the rest.

“Here are the Hangisis Big gave Carrie when he proposed, the sandals Aidan’s dog chew on, the black pumps she wore to the Vogue fashion closet,” Parker explained while walking through the closet in Carrie’s apartment. 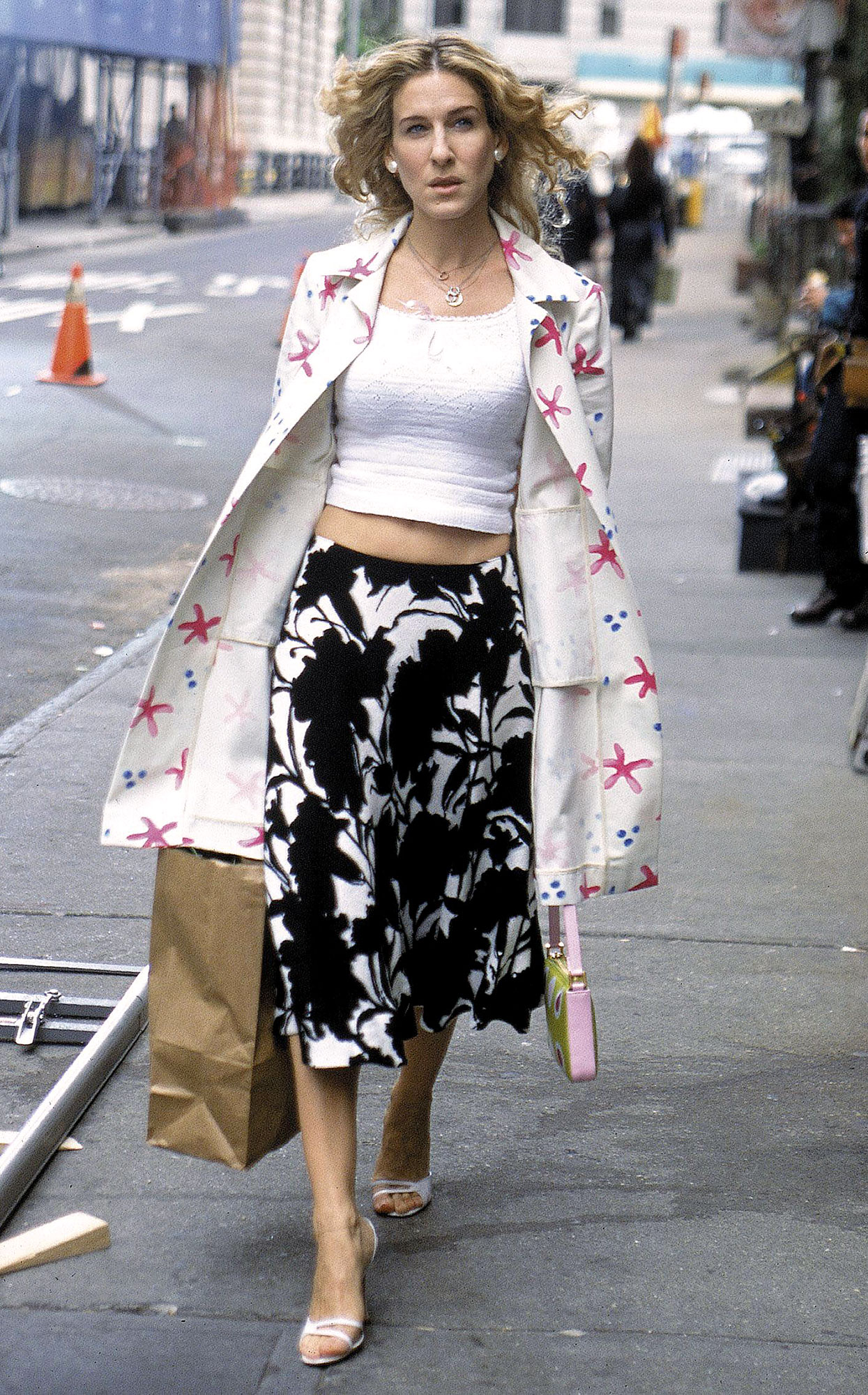 Some of the items in question are even getting to see the city streets for another go round. Costume designer Molly Rodgers has made the very fabulous decision to incorporate a handful of pieces from Carrie’s original wardrobe into the And Just Like That … revival series.

In addition to Carrie’s Fendi Baguette bag, snakeskin Prada shoes and Timmy Woods Eiffel Tower bag, it seems as though the aforementioned shoes that got snagged by puppy Pete in season four, will also be incorporated into the reboot.

Flashback to May, and Parker shared a snap of the sandals via Instagram. “Unearthed,” she captioned her post at the time, tagging @justlikethatmax. “PS they have been in archive all these past years. Seeing them again … Well, X,” she added in the comments section. 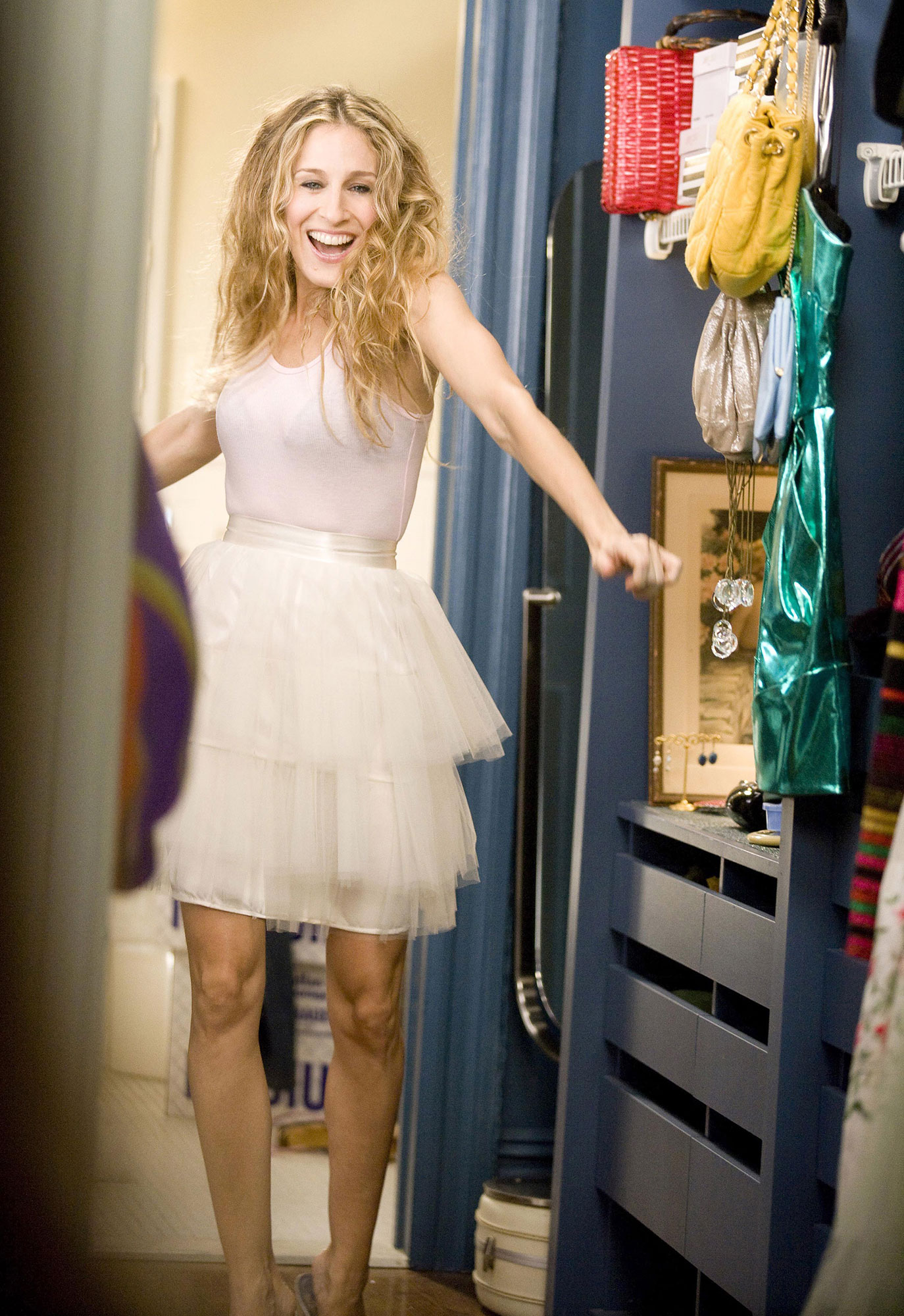 Even though some aspects of Carrie’s fashion have stayed the same as the years have passed, Parker has found herself at another stage in her life during this 2.0 round of filming. And while there’s overwhelming positivity surrounding the reboot, Parker says there’s a flip side to the coin.

“There’s so much misogynist chatter in response to use that would Never. Happen. About. A. Man,” she told the outlet, pointing out that her gray hair in the reboot has been a major focus. “I’m sitting with Andy Cohen and he has a full head of gray hair and he’s exquisite. Why is it okay for him? I don’t know what to tell you people!”

Don’t Worry ‘SATC’ Fans, ‘And Just Like That’ Still Has ‘A Lot of Sex’

She added that social media has only made the fixation around ageism that much bigger. “Everyone has something to say. ‘She has too many wrinkles, she doesn’t have enough wrinkles.’ It almost feels as if people don’t want us to be perfectly okay with where we are, as if they almost enjoy us being pained by who we are today, whether we choose to age naturally and not look perfect or whether you do something if that makes you feel better,” she explained. “I know what I look I like. I have no choice. What am I going to do about it? Stop aging? Disappear?”