The Reserve Bank of Australia is warning more small businesses will fail next year following major damage to the Victorian economy from coronavirus restrictions, as it encourages companies to hibernate until the pandemic eases.

The RBA's meeting minutes released on Tuesday said Australia's economy was doing better than other countries' but warned unemployment and underemployment would remain high for an extended period and face a "slow and uneven" recovery. 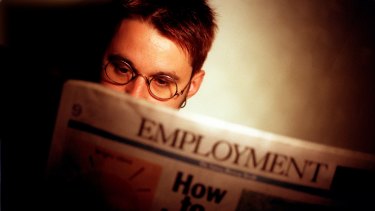 "A recovery was under way in most of Australia, although the second COVID-19 outbreak in Victoria and associated restrictions on activity had been having a major effect on the economy in that state," the board said, though added there had been an improvement in the labour market and the unemployment rate could peak below previous expectations.

Payroll jobs decreased by 4.1 per cent between March 9 and October 3, Australian Bureau of Statistics data released on Tuesday shows, with total wages down 3.3 per cent and 440,000 fewer payroll jobs on this measure. Payroll jobs dropped 7.7 per cent in Victoria.

Prime Minister Scott Morrison and Treasurer Josh Frydenberg have increasingly criticised Victorian Premier Daniel Andrews for continuing strict restrictions in the state to stop the spread of the virus due to the effects the lockdowns are having on the economy and jobs.

The RBA is also concerned about the future of smaller companies, despite businesses increasing their cash buffers from having enough in reserve for one month's expenses pre-pandemic to about six months' worth now.

"Listed companies had larger buffers than private companies and unincorporated businesses," the meeting minutes said. "[For] some businesses, their best survival strategy would be to hibernate until economic conditions had sufficiently normalised.

"Business failures had been substantially lower in 2020 than in preceding years because of insolvency moratoriums and the various support measures. However, business failures were expected to rise, particularly for small businesses."

Last month, the government extended bankruptcy law changes until the end of the year allowing companies to keep trading following concerns thousands of businesses could hit the wall without longer to recover under these protections.

"Fiscal stimulus measures will soften the blow caused by the COVID-19 outbreak and weigh heavily on public finances in the immediate future," the analysis said.

"Although we expect fiscal outcomes to improve … several jurisdictions, including the state of Victoria, have experienced second waves and associated lockdowns, meaning the road to recovery is likely to be bumpy."

Commonwealth Bank senior economist Belinda Allen said the timing was "ripe for the RBA to provide more assistance" as the central bank acknowledged that as the economy opened up, slashing rates would have more power. NSW and Victoria have started easing restrictions.

"The RBA is clearly willing to do what it can to see financial conditions ease further, primarily through lower borrowing costs now that the economy is opening up," Ms Allen said. Economists are predicting a cut to 0.1 per cent from 0.25 per cent on November 3.

EY chief economist Jo Masters said the payroll data showed the economic recovery from the pandemic would be slow, with a deepening of recessionary conditions across the country.

"The stress is becoming more evident for larger companies, with a 3.1 per cent decline in payrolls for NSW businesses with over 200 employees," Ms Masters said. "Looking forward, the loss of job momentum raises concern that the cyclical downturn is still to come."

Labor treasury spokesman Jim Chalmers said jobs had been lost across the country, not just in Victoria, and the government was reducing support as unemployment increased. Wage subsidy scheme JobKeeper and unemployment assistance JobSeeker have been extended but at lower rates.

"[The government's] deliberate decisions to exclude Australians from support and cut JobKeeper mean the only lasting legacies of this crisis could be higher unemployment for longer and a trillion dollars of debt," Dr Chalmers said.