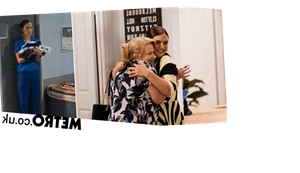 It’s big drama this week in Neighbours, with spying, cheating, big returns, and yet another death gripping Ramsay Street.

Each day Elly (Jodi Anasta) spends in that jail things can only get worse. She’s away from her baby, Andrea (Madeleine West) is plotting against her and Claudia (Kate Raison) is up to her wicked tricks. So she calls on her BFF Chloe (April Rose Pengilly) to go all double O seven on us and crack into whatever Claudia is up to. What will she find out?

Karl Kennedy (Alan Fletcher) is about to have a carrot dangled in front of him in the form of a former flame, right at a time when his marriage has hit some particularly jagged rocks. Will temptation prove too much?

There’s a familiar face winging her way back to Erinsborough as Naomi (Morgana O’Reilly) rocks back up in time to see how obsessed mum Sheila (Colette Mann) has become with a pigeon.

And Sheila’s set to face yet another death. How will she cope?

Here’s what’s ahead in Neighbours this week.

Elly convinces herself Claudia may try and keep Aster once she gets out of jail, so when she learns Claudia has her eye on the island, she enlists Chloe as her spy. She tells Chloe to take her offer and then keep an eye on her and Aster.

Chloe goes into full on spy mode, gathering as much intel on Claudia as she can in the hopes of trying to work out what the crazy woman has planned for Aster. She takes things up a level when she decides to break into the penthouse and strikes gold, she discovers some potentially incriminating evidence. But just before she can confront Claudia, she’s caught red handed. But who’s found her out?

Karl goes back to his old ways?

Things are still far from good between Karl and Susan. They’re barely communicating and the rift is only growing wider, which leads to another huge argument. Karl ends up hightailing it out of there and heading straight to The Waterhole to drown his sorrows, where he happens to bump into an old flame, Olivia Bell. She notices something’s up and offers him company for the evening. But the next morning, when he arrives home having not slept in his bed, Bea loses it. Has he cheated on Susan again?

Andrea has dark plans for Elly

As if Elly doesn’t have enough to worry about being in jail and with Claudia taking away her baby, she has a psycho cellmate who has a terrible agenda. She overhears Andrea talking to another prisoner about Hugo and warns Toadie, but Andrea has eyes and ears everywhere, and knows exactly what Elly has done. She’s not happy and Elly is about to realise it. Andrea confronts her and gives her a small taste of the power she has in this prison, and Elly is scared.

Elly tries to carry on, planting the Aster flowers Dee gave her as a gift. But when she returns to her cell, Andrea’s torture begins…

Sheila is in for a fresh round of heartbreak. She’s become seriously obsessed with Gary the pigeon and it’s only getting worse – now even a supportive Kyle is worried. When Gary fails to return one morning, Sheila goes into overdrive to track him down, but later when she rushes home she’s confronted by a devastating sight. Looks like she’s lost Gary all over again.

Another familiar face is set to return to Ramsay Street as Naomi rocks up to help her grieving mum. Kyle’s called on her after coming to a loss as to how to help his gran get over the bird.

Sheila is over the moon to see her until she realises the real reason she’s back – to talk sense into her.

Sheila and Susan forced to face each other

Sheila and Susan have been at each other’s throats since Gary’s death and both women have been suffering badly as a result. Naomi concocts a plan to try and combat it – she locks them in the Willis house together. Susan sees this as a chance to talk, while Sheila sees it as the worst thing ever. Things build until the pressure hits boiling point and the two women explode with an emotional outpouring. Is this the start of another round of warring?

Scenes air from Monday 25th May on Channel 5.