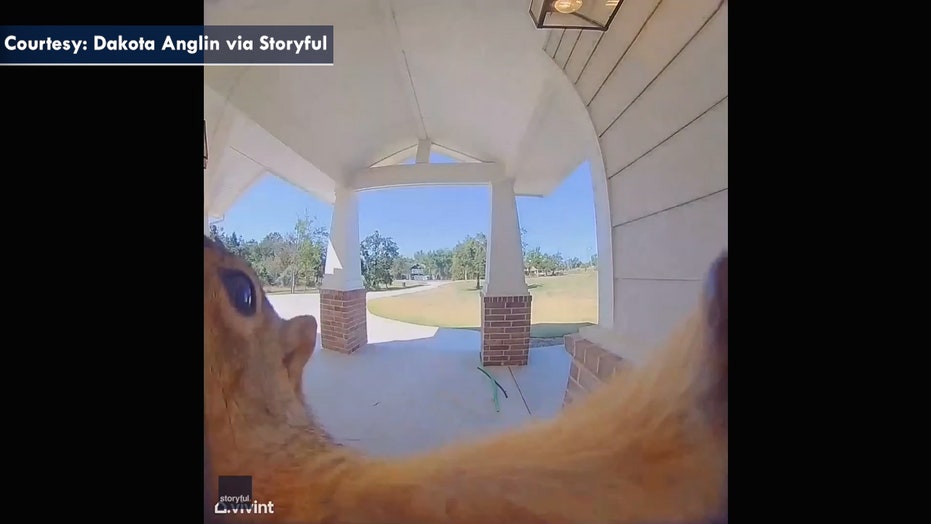 Hilarious video from homeowner Dakota Anglin shows a squirrel ringing Anglin’s doorbell and sniffing around her front door. Anglin told Fox News that she and her husband were both at work when they got a notification that someone was ringing their doorbell.

A family in Oklahoma recently had an unexpected visitor come to their door.

Dakota Anglin, from Oklahoma City, shared a clip from her doorbell camera that showed the hilarious moment a squirrel rang her doorbell.

In the 30-second clip, the squirrel gets right into the camera, sniffing the device and looking around.

The squirrel’s snout and face are right in the camera as it checks the area and hits the doorbell, which rings.

The squirrel appears unfazed, however, and continues to search around the front door.