Looking back. While Stanley Tucci underwent treatment for cancer nearly three years ago, he was still recovering when he went started filming Stanley Tucci: Searching for Italy for CNN.

“It was horrible,” the Devil Wears Prada actor, 61, recalled about his radiation therapy during an interview with the New York Times, published on Saturday, October 2.

Tucci recalled that after three sessions, he experienced vertigo, loss of appetite and had multiple ulcers in his mouth. Then, after one week, everything he ate tasted like “wet cardboard slathered with someone’s excrement.”

Through his harrowing cancer treatment, Tucci remained unafraid of death — just losing his sense of taste.

“I mean, if you can’t eat and enjoy food, how are you going to enjoy everything else?” he told the newspaper. 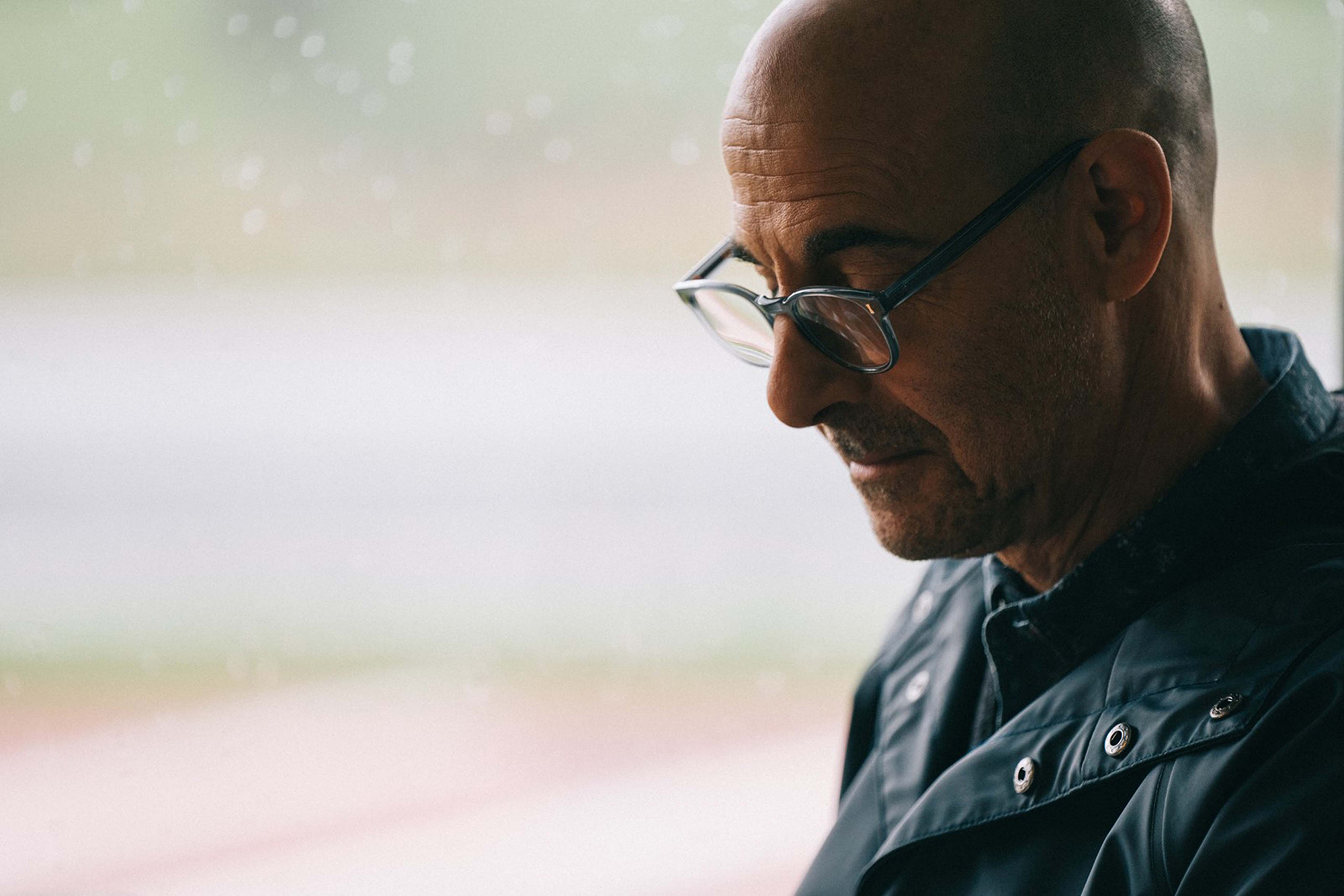 The Hunger Games star also discussed how filming the CNN culinary series was difficult due to his recovery.

“It was hard because I could taste everything, but I couldn’t necessarily swallow,” Tucci noted of one instance where he tried steak Florentina. “I had to chew it for 10 minutes to get it down my throat … [sometimes] I just had to get rid of the food.”

Celebrity Health Scares Through The Years

At one point, he cooked risotto for Supernova costar Colin Firth and was “convinced it tasted awful and was mortified,” though the Mamma Mia actor, 61, disagreed.

“He simply wasn’t tasting what we were,” Firth told the outlet via an email. “One was left to imagine how distressing this was because most of the time he put on a very brave and matter-of-fact face.”

Despite his ongoing symptoms, the New York native “didn’t think twice” about signing on for the CNN series, excited about returning to a sense of normalcy amid his health scare.

“There was no way I wasn’t going to make it,” he said. “I’ve wanted to tell for a long time the story of Italy and the disparate cuisine in every region.”

‘The Hunger Games’ Cast: Where Are They Now?

In addition to exploring Italy’s best culinary secrets for the documentary, Tucci also enjoyed watching existing cooking shows amid his recovery though he noted it was “weird because even the smell of food then would just make me want to throw up.”

“But I liked watching them,” the Lovely Bones star added. “I just wanted to learn more, live vicariously through them. It was a way I was going to have that once again.”

Tucci previously opened up about his cancer battle in September during an interview with Vera magazine, where he noted doctors found a tumor on the base of his tongue that was “too big to operate.” Instead, he underwent high-dose radiation and chemotherapy.

“I’d vowed I’d never do anything like that, because my first wife [Kate Spath-Tucci] died of [breast] cancer, and to watch her go through those treatments for years was horrible,” he told the magazine at the time.

After coping with Kate’s 2009 death, the Burlesque actor was scared of what his diagnosis and illness would mean for his family — wife Felicity Blunt, twins Isabel and Nicolo, both 21, Camilla, 19, Matteo, 5, and Emilia, 2, who was born during his treatment period. He shares Matteo and Emilia with the literary agent and the older three with his late wife.

“The kids were great, but it was hard for them,” he remembered, before noting his cancer was unlikely to recur. “I had a feeding tube for six months. I could barely make it to the twins’ high school graduation. … I feel much older than I did before I was sick. But you still want to get ahead and get things done.”