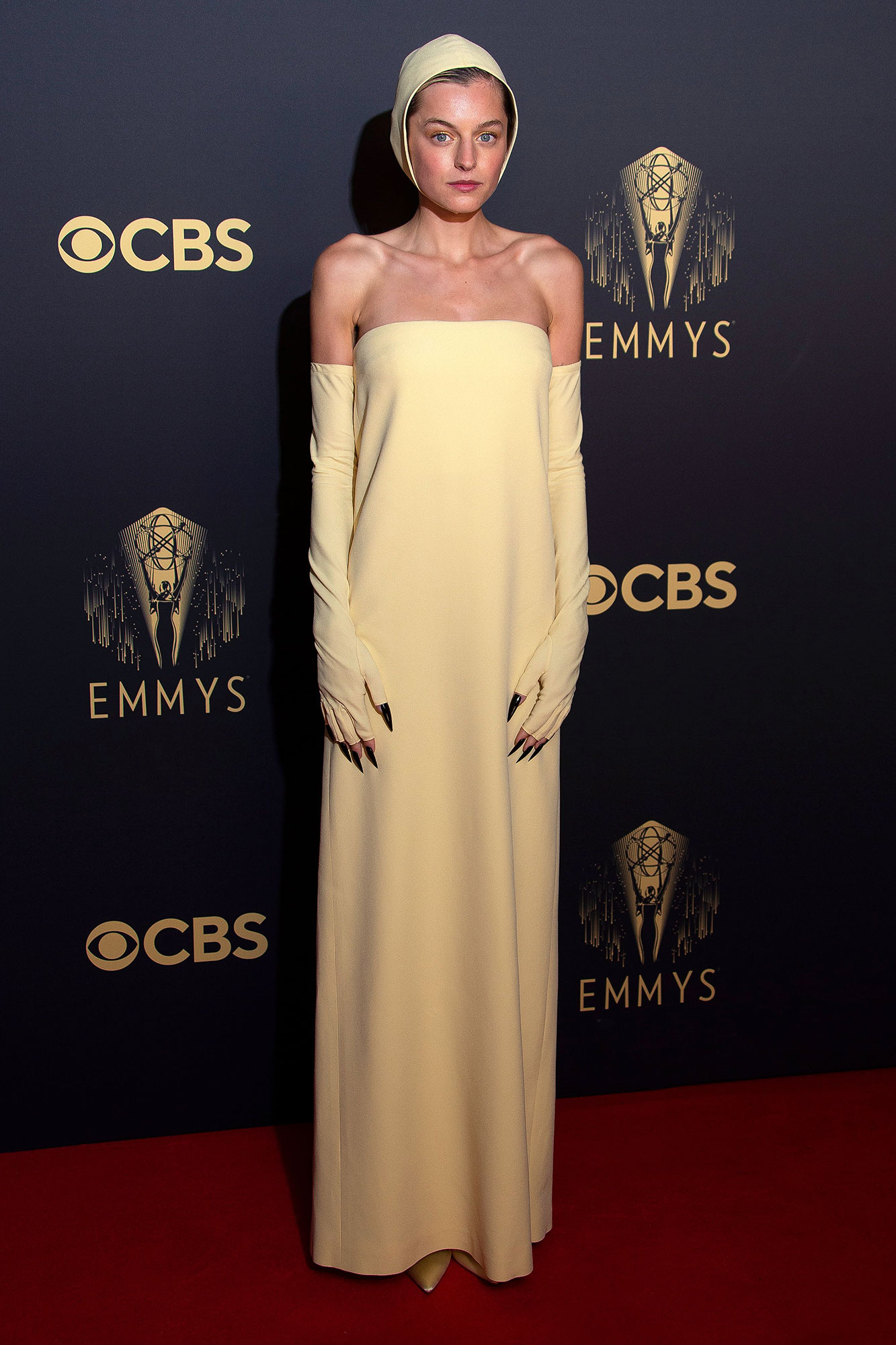 See What the Stars Wore to the 2021 Emmys

Add the trifecta together, and it didn’t take long for fans to start making hysterical comparisons about the 25-year-old star’s ensemble. After all, they certainly made a statement when they hit the red carpet thanks to stylist Harry Lambert.

The look-a-like moment of it all wasn’t lost on The Crown actor either. “Crucible realness for EMMYS 2021,” they captioned their Instagram post the night of the event.

The tune on Twitter was just the same, with many making hilarious quips about the iconic inspiration, which no doubt paid tribute to Winona Ryder, who starred in the 1996 film. 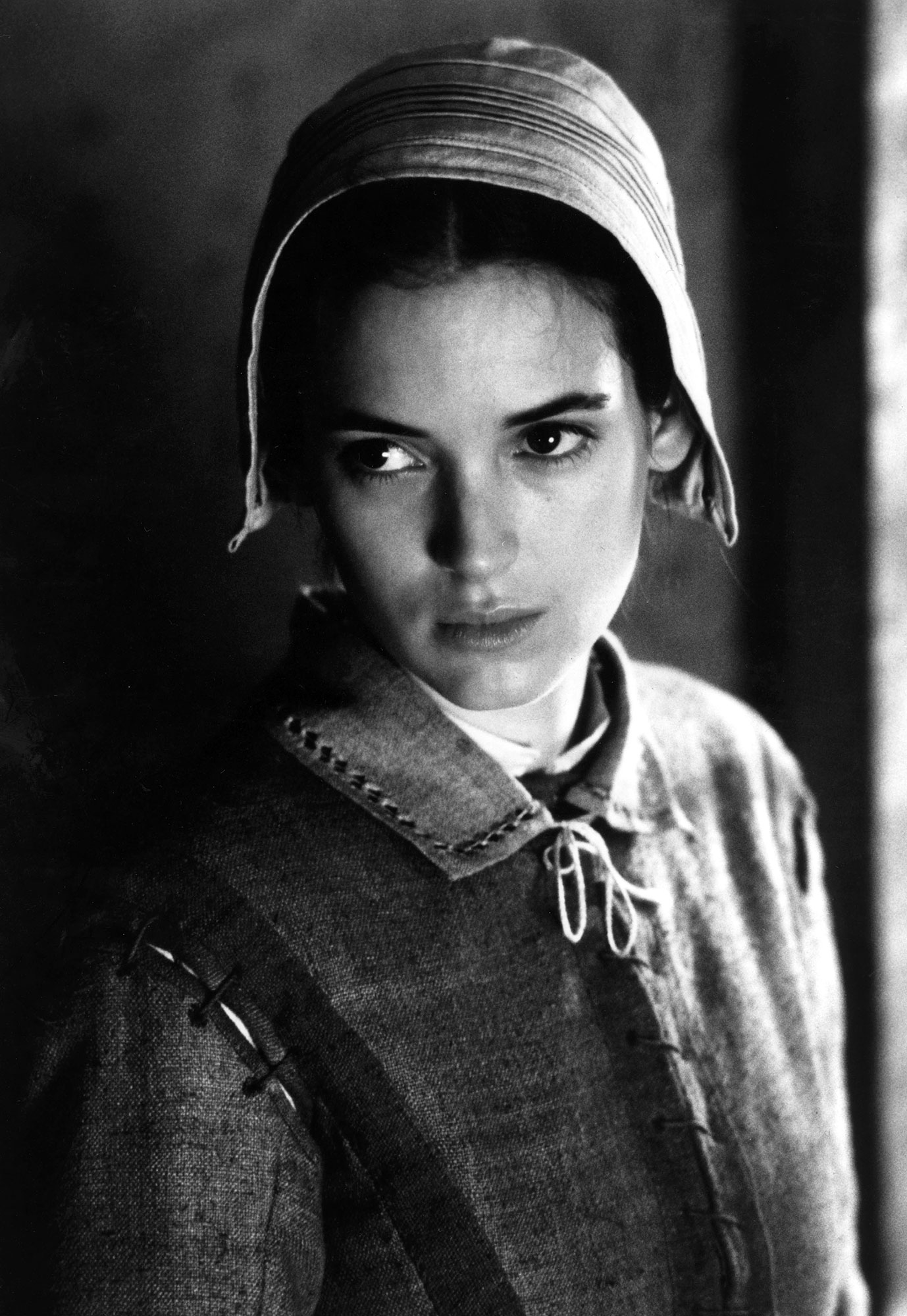 Their look didn’t exclusively draw Crucible comparisons though. Fans saw similarities ranging from The Handmaid’s Tale to witches and just about everything in between.

“Emma Corrin (Princess Diana in The Crown) borrowing a look from Lynne Frederick (Queen Catherine Howard in the 1972 film Henry VIII and HIs 6 Wives),” a fan captioned a side-by-side picture of Frederick in a bonnet.

“Harry Lambert dressed up Emma Corrin like a teletubbies at the emmys,” a person tweeted. “I must say, some of those Hollywood types have different fashion tastes. Most notable to me was Emma Corrin’s swimming cap, shapeless frock and black, dagger-like nails. It was kind of like shy pilgrim meets mad scissorhands,” another user quipped.

See the Hottest Hair and Makeup at the Emmys

Jokes aside, the The Policeman star did have quite the extensive team to get them red carpet ready. Their “sharp AF” nails, a.k.a. claws, were completed with a little help from Simone Cummings.

Corrin’s yellow-toned glam for the evening was made possible by makeup artist Florrie White, Augustinus Bader skincare and a full lineup of Byredo products. 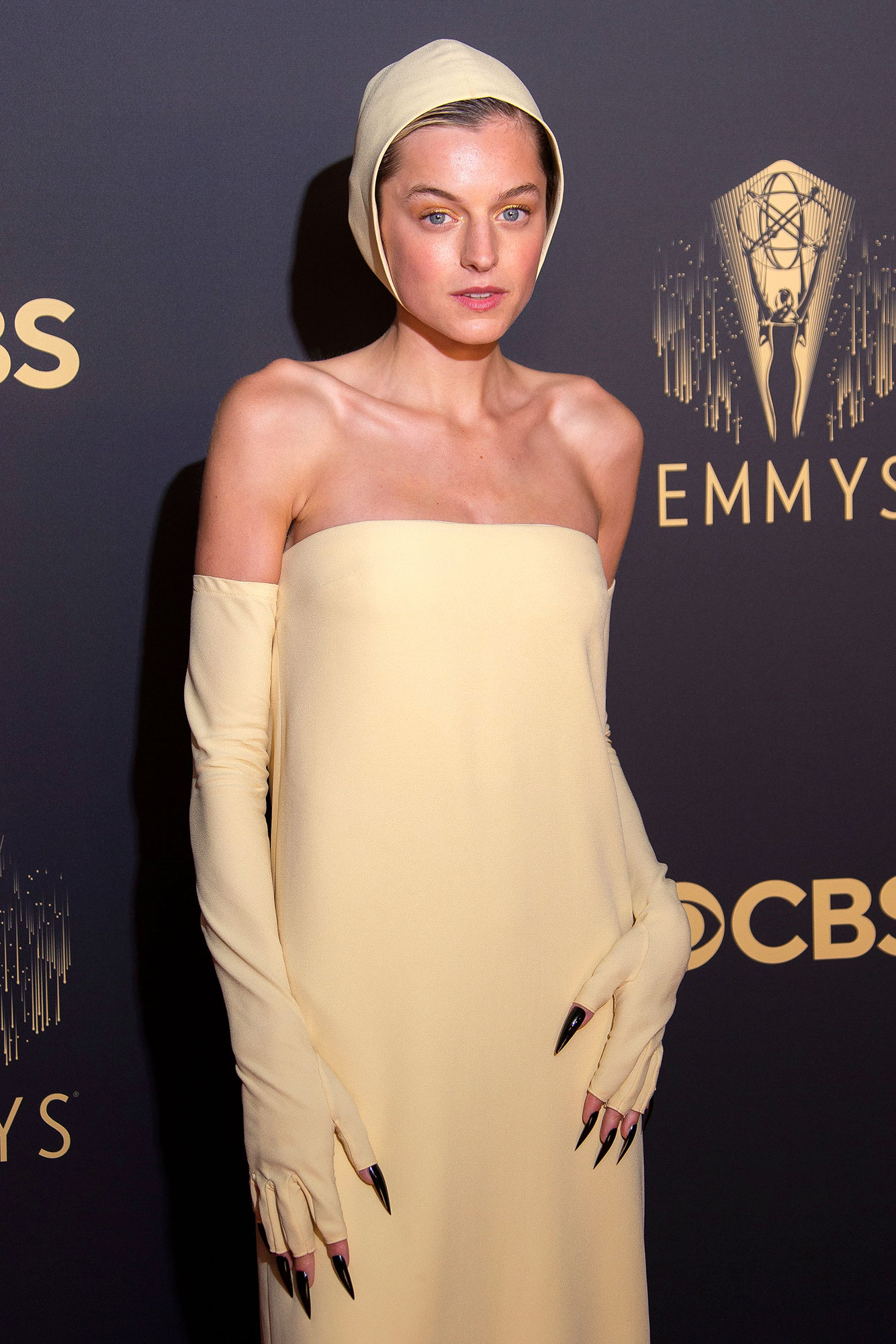 “A natural clean English Rose look was discussed onto which I wanted to add hues of reflections of all the types of roses & then Emma suggested a suggestions of golden show on the eyelids to coordinate her soft yellow column dress, glows & bonnet,” White captioned her Instagram post.

She also detailed all the products used. Some of our faves? The Space Black Mascara, Color Stick in Vienna and Chromophobia Lip Balm.

In the hair department, Daniel Martin took charge, giving the star a slicked back style that looked chic and sleek under their bonnet.