Tearful Wendy Williams Opens Up About Her New Romance

Wendy Williams is opening up about her love life.

The talk show host, who filed for divorce from husband Kevin Hunter three months ago, is giving an update on her relationship status. On Monday’s episode of the The Wendy Williams Show, the 54-year-old star declared she’s “not on the market anymore.”

“I know!” Wendy said, covering her face as the audience cheered. “I’m not in love, but there’s somebody that I’m crazy about.”

As her audience continued to cheer for the new romance, Wendy started to cry.

“Listen, it’s not who you think,” Wendy went on to say, addressing speculation about her relationship with 27-year-old Marc Tomblin. “OK, mother doesn’t deal with children.”

“But it just so happens that, I guess with my charm and wit, I attract people of all ages,” Wendy continued. “Whether you are 90…but if you are cool, you’re my friend. If you are 27, like my new friend Mark…he’s from L.A., he came to New York, he’d never been to New York before.”

Wendy went on to explain that she’s a “hand holder,” saying that if she goes out with anyone, she’s holding their hand. But, that can lead to romance rumors. 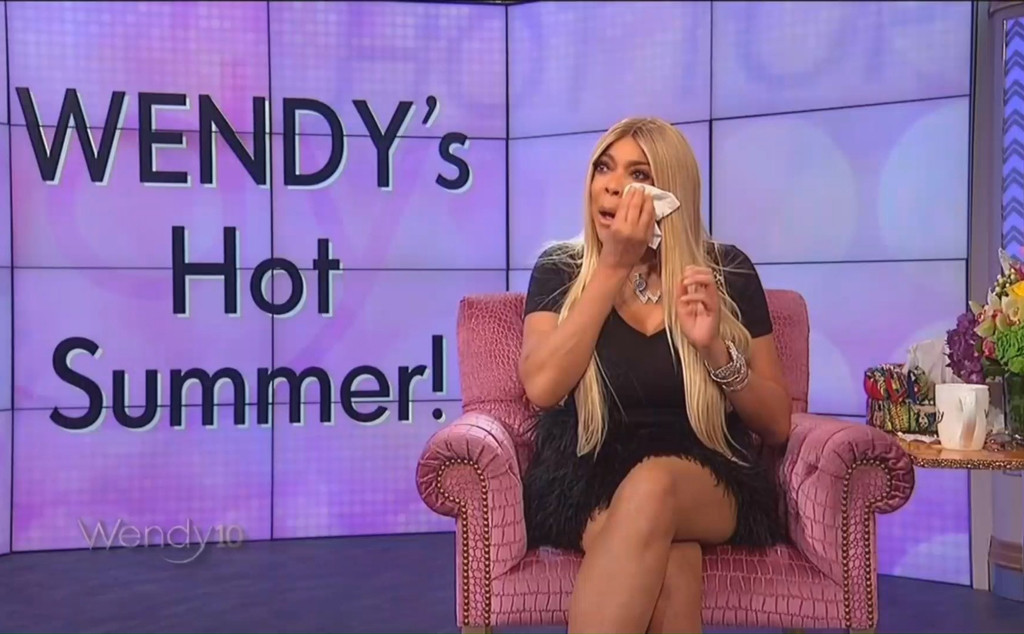 And while 27-year-old guys do find her “very attractive,” when it comes time for the comfort of a man, Wendy said she needs “somebody in his 50s too.”

Watch the clip above to see Wendy cry tears of happiness!