Home » Teen Olympian So Stunned At Winning Silver She Blurts Out What The F**k?! On TV

Teen Olympian So Stunned At Winning Silver She Blurts Out What The F**k?! On TV

Sometimes there’s just nothing else you can say.

Runner Keely Hodgkinson was so shocked when she won a silver medal at the Tokyo Olympics on Tuesday that she blurted out “What the fuck?!” after the race.

The 19-year-old won Team Great Britain’s first track medal in Tokyo during her Olympics debut, finishing the women’s 800m Final in 1 minute and 55.21 seconds and beating the British national record set by Kelly Holmes six years before she was born.

It was the first time a Brit had won a medal in the race in 17 years.

Hodgkinson was in tears after the race and told BBC Sport that she’d left everything she had on the track.

“I think it is just one of those things where you know something like that is possible but whether it comes out you just don’t know. It was such a good race,” she said.

Hodgkinson also described Holmes as a legend and someone she looked up to.

“I have been speaking to her for the past couple of days and she is a lovely person,” Hodgkinson said. 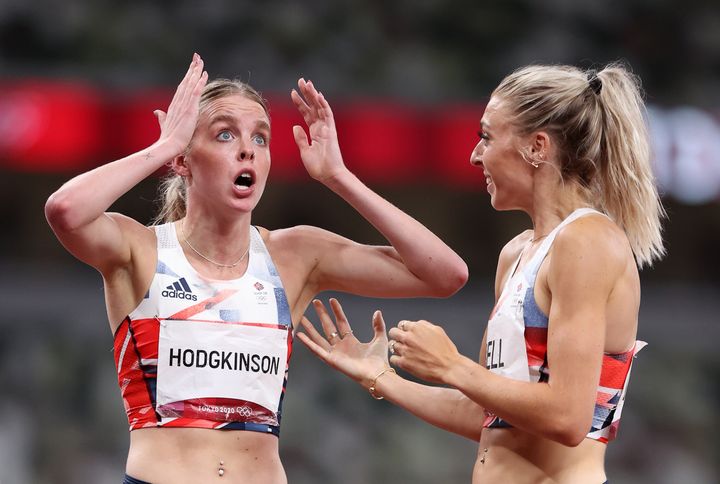 Holmes congratulated the “new kid(s) on the block” on Instagram, joking that “It’s about time” someone broke her record. “It’s ok, I’m not crying,” she said.

“So pleased for her, Keely’s maturity as an athlete is phenomenal,” Holmes added.