Teenager wears her mothers wedding dress to her prom

Teenager, 18, wears her mother’s wedding dress to her school prom – more than 20 years after her parents tied the knot

A teenager wowed friends with her prom dress, but did’t realise that she had actually borrowed her mothers wedding dress – which is over 20 years old.

Thrifty Grace Jeyes, 18, from Melton Mowbray, Leicester, decided to ditch a new dress with a hefty price tag and went to her school prom in her mother’s wedding dress from her wedding day in 1998.

The cream coloured dress, with a sweetheart neckline and netting detail on the front also has off the shoulder ruffled sleeves.

Grace said: ‘I didn’t see the point in buying a new dress that I will only ever wear once so I had a look in my wardrobe and then mum’s.’

Her mother Dawn loved that her daughter showed initiative and surprised her by wearing it. 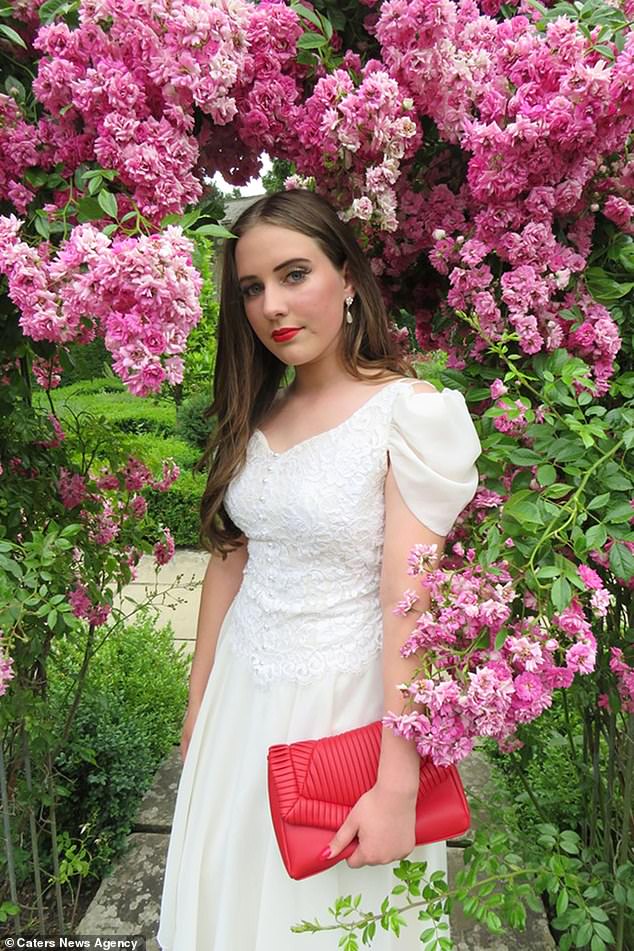 Thrifty Grace Jeyes, 18, from Melton Mowbray, Leicester, decided to ditch a new dress with a hefty price tag and went to her school prom in her mothers wedding dress from her wedding day in 1998 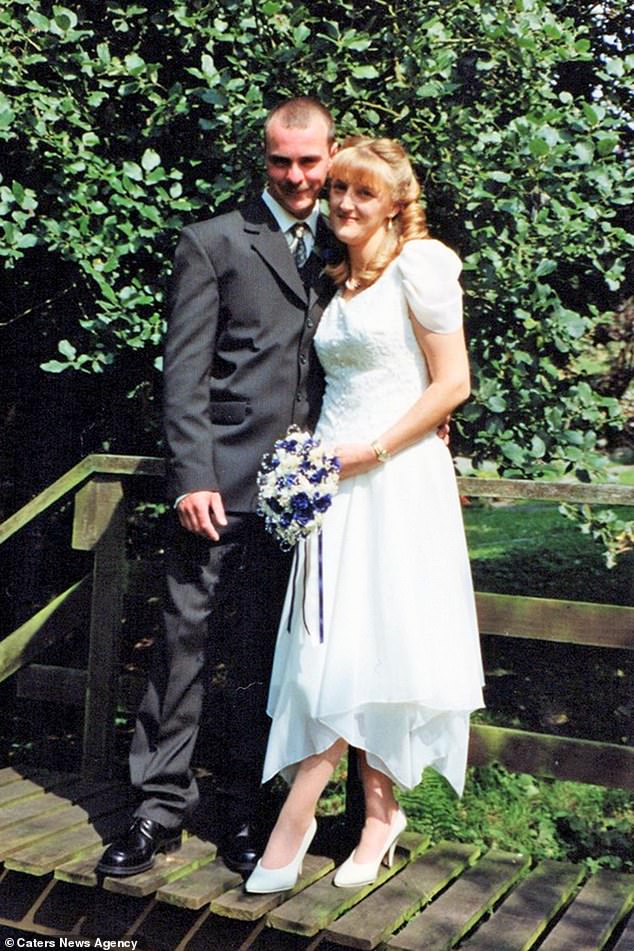 Dawn, Grace’s mother (right) with her husband David on their wedding day in 1998 – her daughter wore the same dress to her prom 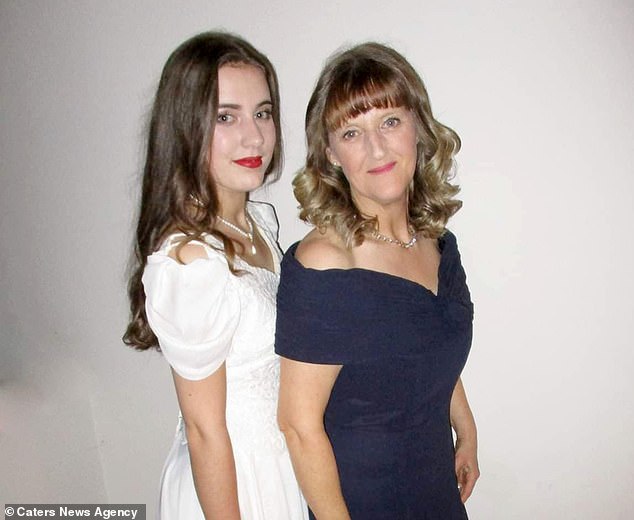 Grace Jeyes, 18, from Melton Mowbray, wearing her mothers wedding dress to her prom, – pictured with her mother Dawn

Grace went on to say: ‘I found her stunning wedding dress and I fell in love with it – it fitted perfectly, and I knew this was the one.

‘She didn’t know until the eve of prom and when she saw me in it, she was so happy.

‘The dress means so much to my parents which made it even more special for me.

‘My friends and teachers were all complimenting me on my dress as it was different from the rest but nobody believed it was once a wedding dress.’ 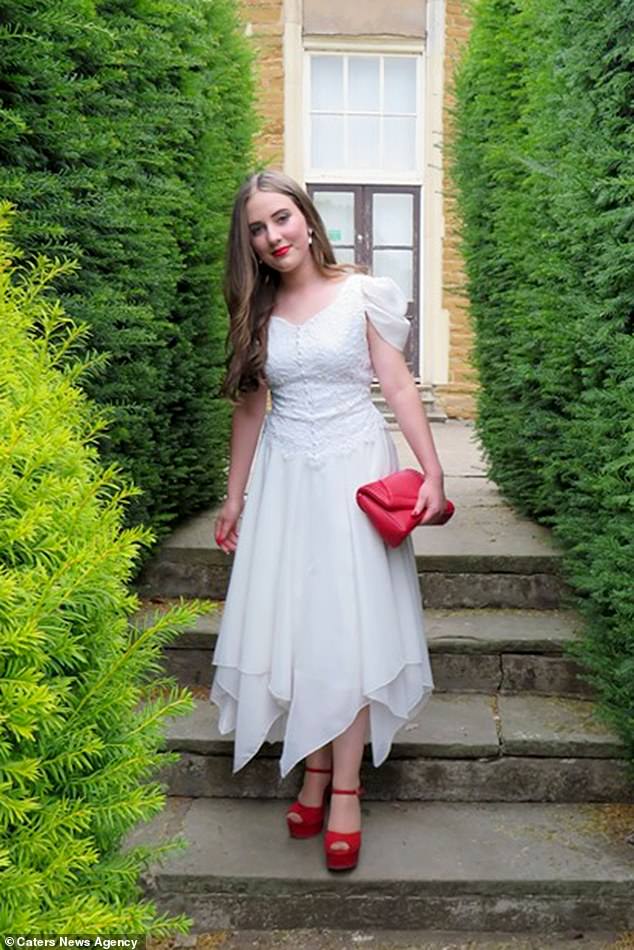 The cream coloured dress, with a sweetheart neckline and detail on the front also has off the shoulder ruffled sleeves 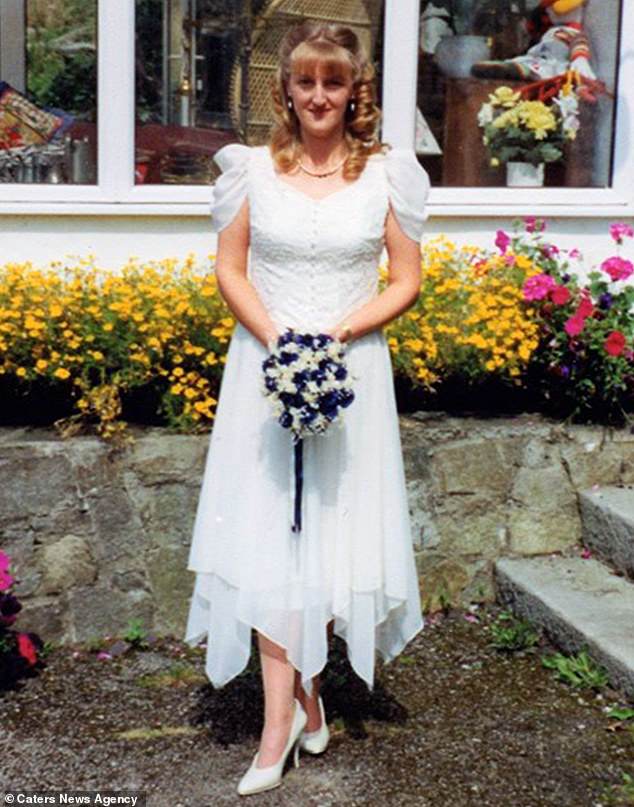 Her mother accessoried her dress in 1998 with white heels, pretty pearl jewelry and her bouquet 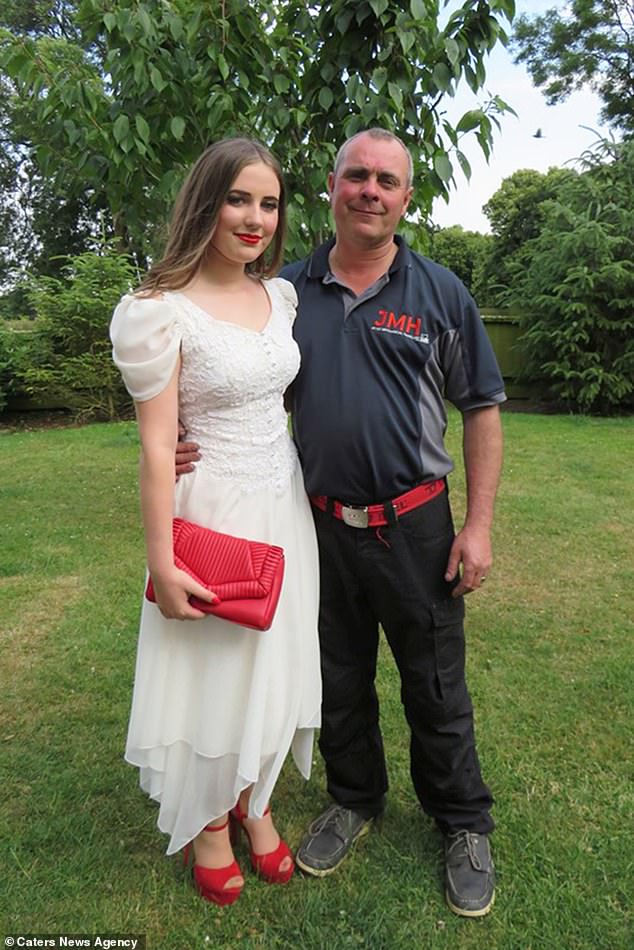 Grace poses wearing her mothers wedding dress just before her prom, with her dad David, 49

Grace accessorised the ‘vintage’ dress with a red clutch, red heels and red make up – to modernise the look.

Mother Dawn, who is a business owner said: ‘Grace told me she already had a prom dress and didn’t want to shop for another one.

‘I assumed it was going to be one of her many dresses in her wardrobe, so when she came down in my wedding dress, I was so shocked.

‘I was extremely flattered and felt like I must have decent dress sense for her to wear it 20 years later.

‘She has always liked my wedding dress, but I didn’t think she would ever wear it out. 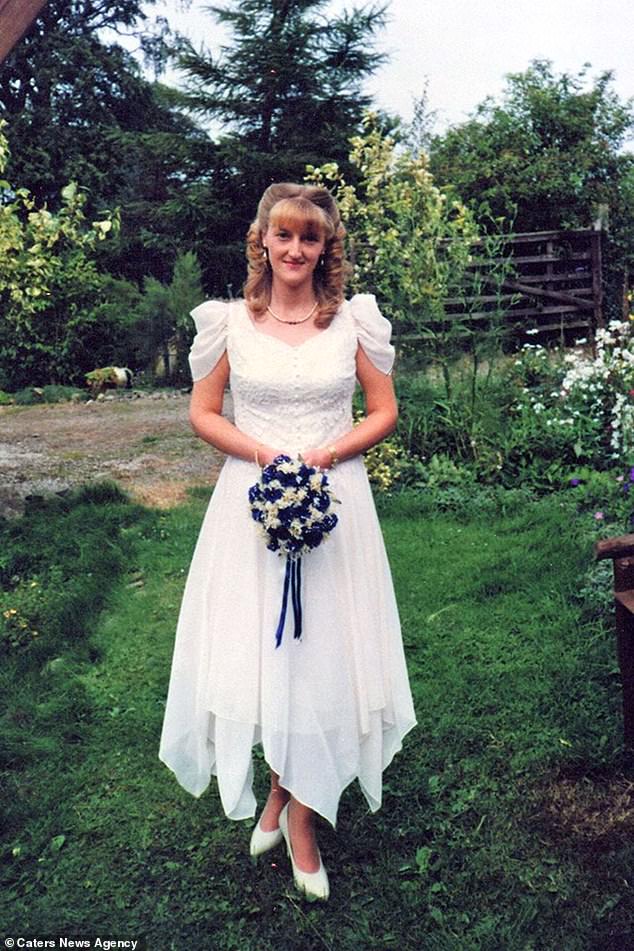 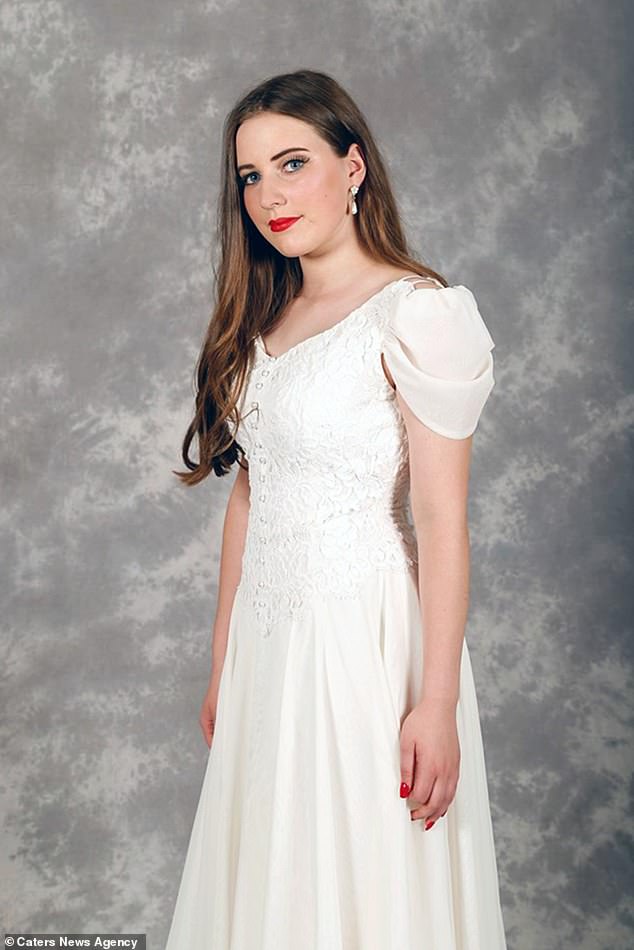 Grace accessorised the ‘vintage’ dress with a red clutch, red heels and red make up – to modernise the look 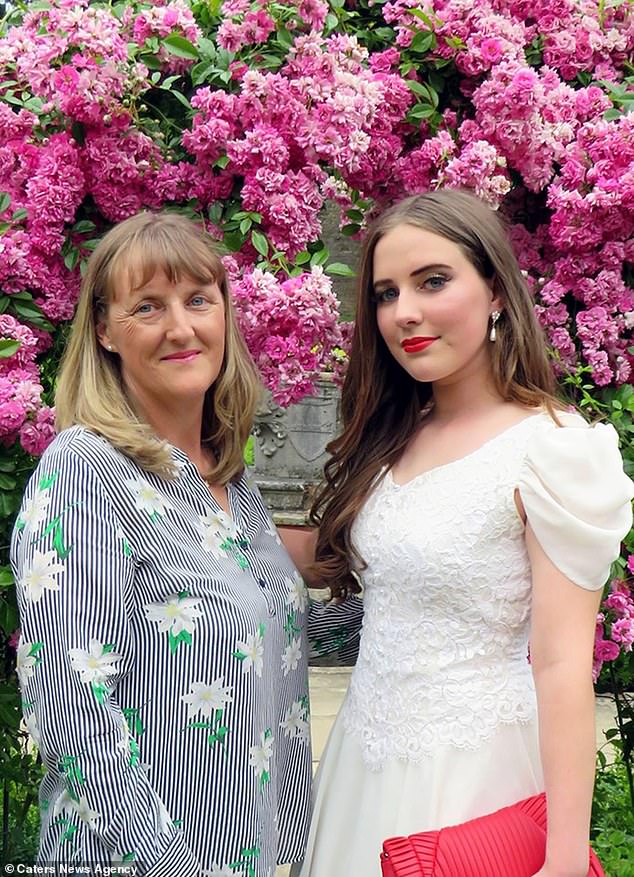 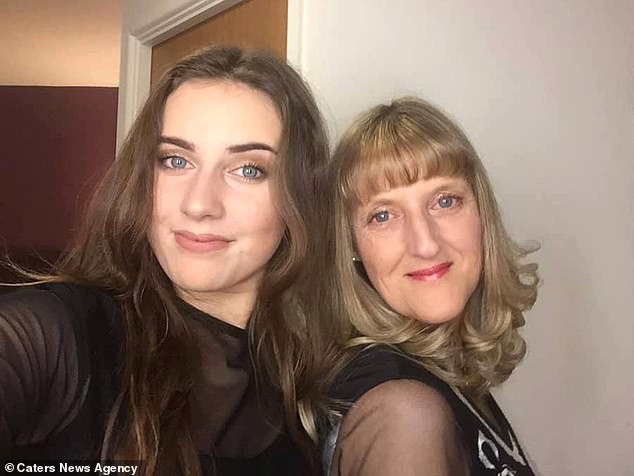 ‘I am biased, but I thought she looked the best – she likes to be different from the rest.

‘She looked unique and her dad David, 49, had the biggest smile on his face and was amazed by how good she looked.

‘He then joked to me ‘look how skinny you use be’ to which I reminded him I have had three children.

‘Grace is very wise with money and thinks before she spends so rather than buying a new prom dress, we put the money towards driving lessons instead.’