TESCO has today unveiled its brand new Christmas advert, which celebrates overcoming obstacles to get in the festive spirit.

In keeping with the festive message, Tesco has set the advert to Queen's iconic classic Don't Stop Me Now. 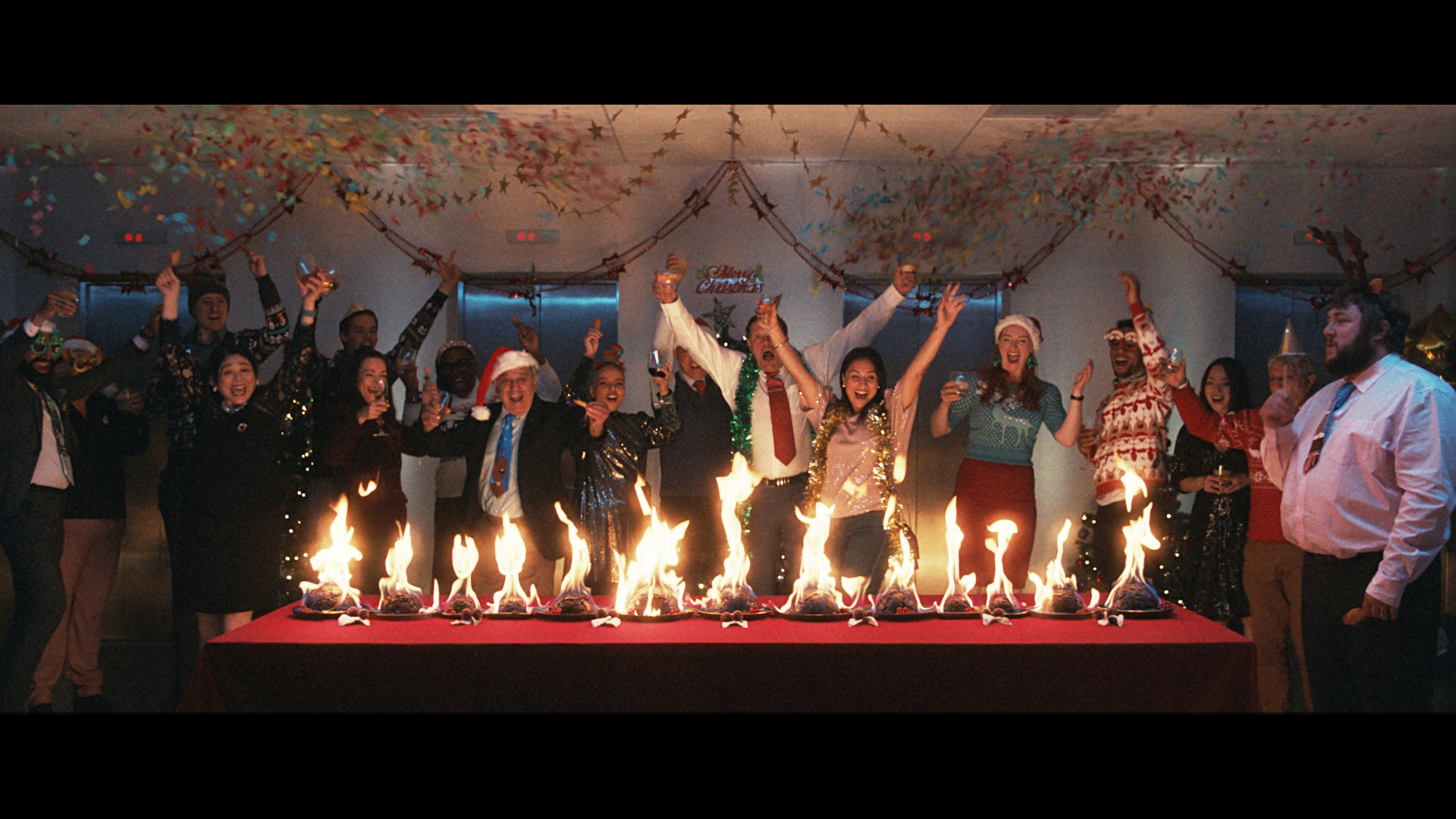 The Christmas ad opens outside of a Tesco store with a grandmother determined not to let anything – including the forgotten Tesco Finest cranberry sauce – stop her from Christmas dinner with her family.

The 90-second video then follows her on her journey home where she encounters merrymakers overcoming anything that is thrown at them.

One scene shows an office lit by a row of Tesco Christmas Puddings after an errant champagne cork breaks the lights.

Another features a mum and her daughter getting into Santa’s grotto past closing time thanks to a stack of delicious Tesco Finest All Butter Pastry Mince Pies.

Another family makes sure a broken down car doesn't get in the way of their festive feast by picnicking at the roadside.

Finally, even Santa faces the very modern battle of travel restrictions, but manages to get on his way with a Covid passport.

The concept was developed by creative directors Christine Turner and Kevin Masters of BBH, and directed by Si and Ad from Academy Films.

The TV ad comes in a 90-second, 60-second and two 30-second versions, and launches on TV this weekend.

The full 90-second ad will air on TV for the first time at 8.45 pm on ITV1 during The Chase Celebrity Special.

After last year's, shock Christmas cancellation due to rising coronavirus cases, Tesco says nothing is going to stop the nation from enjoying the festivities in 2021.

According to the retailer’s research, 86% of the nation has admitted that nothing will stop them from having a joyful Christmas this year, while 42% claim they’ll appreciate Christmas more than ever.

Alessandra Bellini, Chief Customer Officer at Tesco, says: “We know that Christmas is a hugely important time for many of our customers and, after last year’s events, that is truer now than ever.

"Our research revealed that people are looking forward to meaningful get-togethers with their loved ones again and given the backdrop of cancelled plans of last year they won’t let anything stop them having a proper celebration this year."

Tesco is far from the first to launch its ad. John Lewis fans have already been left ‘in tears’ over ‘lovely’ Christmas advert.

And Very was ahead of the game this year as it revealed its own Christmas advert 85 days before Christmas Day.

However, the Coca-Cola advert, which many people say marks the start of the festive season is currently nowhere to be seen.