Home » Lifestyle » The perfect gift for your child? Stop buying them toys!

The perfect gift for your child? Stop buying them toys!

From a woman who spent £400 a month on toys and clothes she couldn’t afford… The perfect gift for your child? Stop buying them toys!

Like many families, one room of our house — the conservatory — is reserved for my sons Alfie, three, and Charlie, one, and their toys. Our shelves groan with more neglected playthings.

As soon as I found out I was pregnant with Alfie, I decorated his planned bedroom with a farmyard theme. It’s been decorated again, when he became mad about the planets. 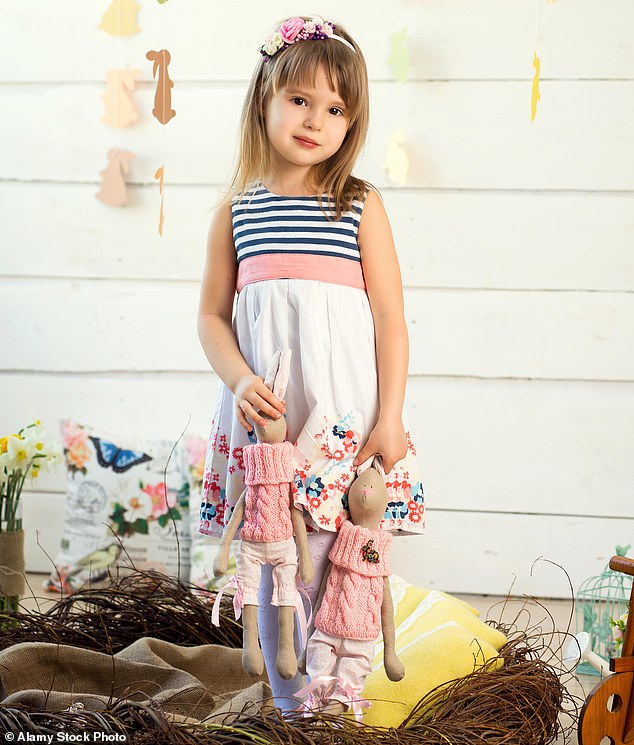 The UK is the fourth-largest toy market in the world, having spent £3.3 billion on 371 million items in 2018 alone (stock image)

I refused to listen when my mother and mother-in-law told me that my boys didn’t need lots of toys or an immaculately decorated house.

Instead, the moment I was holding a positive pregnancy test, the shopping began. From adorable Babygros to characterful cuddly toys, the must-have teething rings, educational books… it’s spend, spend, spend.

At my most extreme, I spent around £400 a month on clobber. For a part-time music teacher married to a postman, Dave, 36, that’s a large percentage of our household income.

I thought if I could create an idyllic childhood for my boys they would somehow be protected — or distracted — from a world which might feel more threatening than the one I grew up in. 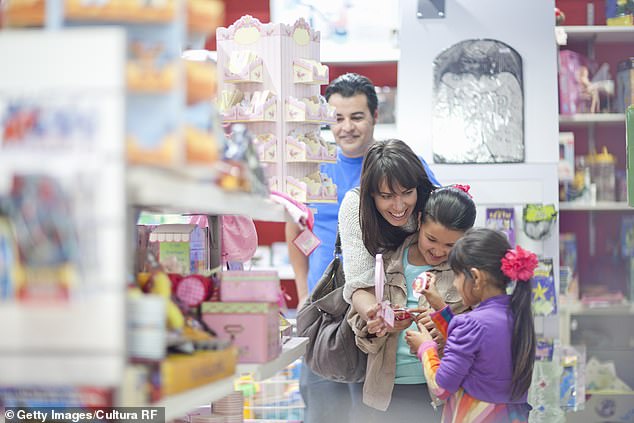 Now, aged 32, I realise I bought into a sneaky commercialisation of childhood by social media and parenting blogs.

After last Christmas, struggling to find storage space, I realised enough was enough.

I decided to take what I call the Reclaim Childhood Challenge. I had to stop trying to buy the perfect life for my sons, via toys and clothes they didn’t need. (They’re growing boys so I couldn’t cut clothes out altogether).

Seven months on, I’m amazed at how easy it’s been. The boys are too young to have any pester power — and they’ve benefited from us making memories with them rather than plying them with new possessions.

HOW TO RECLAIM CHILDHOOD

Step away from your phone

I was shocked to find I was spending up to five hours a day scrolling on my phone — and ads for a product you’ve clicked on can follow you from one social media account to another. I now put my mobile away once the kids are in bed.

We have six big envelopes: for food, travel, kids, clothes, eating out and miscellaneous.

We keep to a tight monthly budget, and each Monday I take out the agreed amount in cash and divide it up into the envelopes.

Big bills are paid via direct debit. For everything else, I only spend from the envelope.

You’ll be amazed how much more reluctant you feel to part with cold, hard cash.

If it doesn’t get spent, I don’t top up the envelope next week.

I write down every purchase in a book, which makes you acknowledge it more than keeping receipts.

This also allows you to see when you have No Spend Days. Last month, I managed 18!

To incentivise saving, you could put that money towards a dream family holiday.

Stick a picture on your fridge to stop you from straying.

track down a local toy library — instead of borrowing books, you borrow toys. Make a pact with friends to swap toys every month.

Young children love the novelty of something ‘new’.

whenever Alfie watched TV commercial breaks, he badgered us more for new toys.

Record advert-free shows or use streaming services with no ads.

I pass Alfie’s old clothes to Charlie. A neighbour’s son is two years older than Alfie, so he gets his cast-offs.

I buy from eBay or charity shops, and do repairs such as sewing holes in trouser knees.

I think mums would gain from my Reclaim Childhood Challenge. All it means is not buying anything unnecessary for 12 months.

The UK is the world’s fourth- largest toy market. We spent £3.3 billion in 2018, buying as many as 371 million items. Environmentalists say this is contributing to the growing mountain of plastic ending up in landfill sites and oceans.

Then there’s an American study which reported that when children under five have too many toys, they can’t concentrate on one thing long enough to learn from it.

Certainly, my boys concentrate more now there are fewer toys around, and are happier with what they have.

In March, I slipped up and bought them a train each as a bribe for good behaviour. Having not received anything new since Christmas, they cradled those engines as if they were the most precious things on the planet.

My overspending began when I first became a mother and felt pressure to be perfect. In the first month of motherhood, you don’t really know what you’re doing — and you’re sleep deprived.

Then, you start seeing images online of mothers who seem to have their lives in order. You find yourself thinking that if you buy the stuff they’re promoting, you’ll be on top of things, too.

One-click purchases make it all far too easy. You can spend without thinking about it, which is dangerous for your bank account. And your state of mind.

When Alfie was eight months old, I was following mothers on Instagram who were buying cute clothes from Zara Kids. Their babies looked adorable, so I ordered quite a lot from Zara online and it all arrived in a huge box.

When I opened it, I’d ordered far more than I’d realised — amounting to about £120, which was unprecedented for me.

Much of it remained folded away waiting for a special occasion that never came.

These days, my boys wear more practical things — T-shirts and shorts from the supermarket, eBay or hand-me downs.

Buying cheap toys in the supermarket was another failing of mine. I’d give them something to keep them quiet in the trolley, and threaten them with putting it back on the shelves if they played up.

Now I simply explain that we have too many toys already. Or I’ll suggest to Alfie that he ask for that toy for his birthday.

We will still buy them something for their birthdays, but we’ll scale things down.

Another interesting result is the knock-on effect on me. My focus had been not buying toys and excess clothing, but now I question everything I spend.

Now, we save at least £350 a month, and have more freedom to pay for classes and outings. Alfie’s taken up gymnastics, for example, which he loves.

My Reclaim Childhood Challenge is as much about avoiding excess as saving money. By teaching our boys to expect less stuff, we’re helping them to get more from life. To enjoy seeing and doing, rather than acquiring.